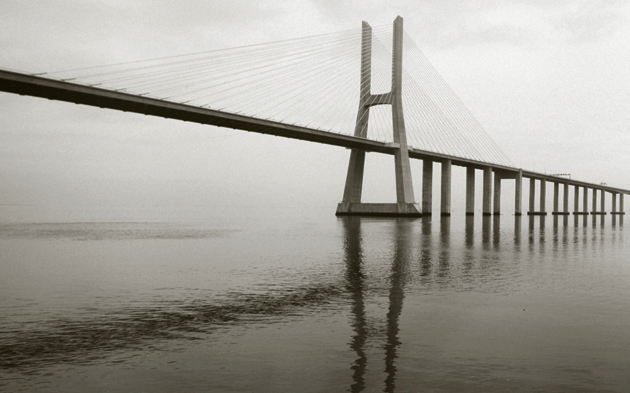 In our current economic climate, uncertainty still permeates the fabric of the financial market like smoke. Alternative investment options that would normally be an attractive choice are tainted by the reason the market sank in the first place. Thanks to the fevered-pitch investing that led to the eventual meltdown of the mortgage-backed securities market, investors are exercising caution in the alternatives market.

That’s not necessarily a bad thing. Yet, in the quest to be prudent, investors may be missing out on an opportunity that has, at least historically, provided high return for a risk that, while not small by any means, can be navigated perhaps more easily than most. That is the premise behind insurance-linked securities (ILS), which contain various alternative investing vehicles that focus on high-severity, low-probability loss events, such as natural catastrophes.

Even after the financial meltdown, when linking securities to anything causes investors to pause, ILS are different. Catastrophe bonds, “cat bonds” in industry parlance and one of the main investment vehicles in the ILS market, were created in the mid-1990s as a response to the large losses insurers suffered from natural catastrophes.

Hurricane Andrew in 1992 and the 1994 Northridge earthquake were unlike anything the industry had seen before, and cat bonds were designed as risk transfer vehicles to help insurers hedge their bets. The bonds are issued by insurers and then purchased by investors, who stand to gain the stated return, which is usually high.

But these high returns are a product of the high risk inherent to the underlying triggers. Storms and earthquakes happen, and while major disasters are rare, the losses can be astronomical. As a result, cat bonds are rated below investment grade.

This is an expected and accepted rating for those who invest in the market, however, because ILS link their value to non-financial risks that are mostly uncorrelated with the larger economy. For investors, they are a means of diversifying their portfolio. For the insurers that issue the securities, they are a means of hedging the risky exposures they have already underwritten.

Cat bonds are just one of the investment options, or “special purpose vehicles,” under the ILS umbrella. Another is the capacity-building sidecar, which is a reinsurance structure that allows investors to take on risks and returns on a particular book of business.

Also increasing in popularity is the insurance loss warranty (ILW), an investment that allows buyers to pay premiums for the potential return should an event occur that exceeds a particular trigger amount. For example, one could purchase an ILW for a limit of $10 million “attaching at” $3 billion that would pay out should total industry losses top the trigger amount of $3 billion.

Thanks to some significant catastrophic events, insurance-linked securities have begun to gain momentum in the investment world. According to a 2009 white paper, “Development in the Insurance-linked Securities Life Market,” the market has grown to more than $35 billion, with $15 billion in securities issued to capital market investors and another $20 billion in private placements between life insurers and banks.

The ILS market is generating interest of late thanks in large part to recent storms that have hit the Eastern seaboard, says Connecticut Insurance Department Commissioner Thomas Leonardi. “When you have large catastrophes, the market becomes very interested,” said Leonardi. “It’s a normal reaction to what’s happened.”

With renewed interest and money pouring in, most predict that market volume will continue to grow, should no major events occur. This has been the trend. According to reports by Willis Capital Markets & Advisory and Swiss Re, 2011 saw a $4.4 billion increase in new volume for the cat bond market alone, with the average deal coming in at $123 million. That number eclipsed $6 billion in 2012, making it the second highest year on record, behind only the pre-recession 2007. And according to a Reuters report, investors are eager to put up money; investments into the ILS market through hedge funds alone totaled at least $2 billion in 2012.

The industry is not without its hardships, however. Natural disasters in 2011 rocked the industry with more than $110 billion in losses, according to Munich Re. The past year seemed to be going much more smoothly. Then Sandy blew into town.

Hurricane Sandy ravaged the East Coast, from Florida to Maine, and reached as far west as Michigan and Wisconsin. Impacting 24 states, early estimates list the economic damage done by Sandy to be around $50 billion. The silver lining is that analysts believe very little of this will impact pricing in the ILS market. Part of the reason is that the property/casualty market is well funded. Before Sandy hit, policyholder surplus had reached a record-high $583.5 billion at the end of the third quarter.

Where Are the Risks?

Make no mistake, the ILS market bears risk. Anyone who has dealt in the cat bond market already understands some of the risks involved, say the experts, but there may be others that have yet to surface in the market’s short history.

Hurricane Katrina uncovered just how varied natural disaster risk can be, according to Kent David, vice president of the consulting services group at Eqecat, an Oakland-based disaster risk modeling company. He notes one indemnity-based cat bond that was subject to Hurricane Katrina and lost principal based on the subsequent claims. “The risk analysis didn’t consider the kind of flooding that actually occurred,” said David.

To avoid unforeseen losses, he cautions risk managers to make sure they fully understand ILS from three sides before they invest. First, they need to familiarize themselves with the behavior of various types of instruments. Then they must understand how those investments will respond to the various perils to which they are exposed. And lastly, he advises investors to consider how the securities may “respond in unforeseen ways to risks we don’t know about.”

In this vein, investors must understand that it is not just single, large hurricanes that can hurt returns. Multiple storms over a short duration can also negatively affect the market. Commissioner Leonardi has first-hand experience with how storms can compound losses.

An unseasonable blizzard that hit on Halloween in 2011, for example, buried Connecticut in up to 18 inches of snow, disrupted power for 830,000 people and caused 10 deaths. Damages exceeded $3 billion. And this came when the tree limbs and power lines in the area were most vulnerable; just two months earlier, Hurricane Irene blew through and left the area reeling, as it caused an estimated $80.7 million in damages in the state.

Scenarios like this, with multiple storms affecting the same area in the same year, could heighten the severity of claims and cause a heavier impact on the market. “What you would see is people are going to lose money,” said Leonardi. “Generically speaking, they’re priced in such a way that the probability of losing money is very slim. However, if you lose money, the severity is very high.”

Leonardi says that the markets are likely more stable now than they were before the recession, but there have been some bumps in the road. “Four catastrophe bonds tanked because the investment of the collateral went down with Lehman Brothers,” he said.

Still, he doesn’t foresee a meltdown similar to what took place on Wall Street. With the cat bond market, he says, “it’s a binary risk: there’s either a catastrophe or not. The kind of meltdown scenario such as we’ve seen in the financial markets is hard to contemplate.”

Investors should, in his view, understand the disclosure of the securities and what the related risks are. “What are your trigger points?” asked Leonardi. “Where do the principal claims go against? Where do they start and end? How long a term is it? What are the expected aggregate losses? The more the investor understands, the less unknown risk there will be.”

When it comes to constructing a portfolio, Chi Hum, managing director of GC Securities, a division of New York-based insurance broker Marsh and McLennan, says that cat bonds could present an issue of what he calls “clash risk,” a portfolio overlap that could result in a costly hit. “For example, if you write 10 different U.S. hurricane bonds, you have to worry that they’ll all overlap in Florida,” said Hum. “If Florida gets hit, all 10 bonds get hit. That’s not the best scenario.”

As a result, he says that investors have greater interest in regional bonds that help them ensure that all their eggs are not in the same basket. Another concern includes the overall size of the market. The amount of property cat reinsurance capital is approximately $250 billion in limits, and although there is more coming in to the market, it is still small relative to other capital markets asset classes.

Plus there is the side effect of a series of big events. “There are pricing cycles, and after big events, like Katrina for example, some reinsurers have taken enough loss that they’re unable to provide renewal,” said Hum. “Interestingly, this helps create the demand and the opportunity for using alternative sources of capital such as the capital markets.”

Are measures in place to protect against a crisis in the ILS market? Maybe not, says Jeff Triplette, owner of Triplette Advisors LLC in Memphis. For him, the risks come as insurers and investors continue to cloud the line between insurance and finance. “Those lines seem so blurred now that I think we’re going to have some real, unintended consequences out of Dodd-Frank,” he said. “It could make insurers rethink what they’re doing.”

Triplette says the cat bond market will continue to develop and become more expensive as further modeling of global risks—and specifically global warming—comes into play. Still, market stability is there.

But that does not mean the choices are easy. The fundamental question for investors, he believes, is how much risk insurers are taking on and who they are reinsuring with.

David agrees. Reducing the risk, he says, starts with understanding what Triplette highlights. Investors, he says, should be comfortable with the financial structure of a transaction and fully cognizant of the risks associated with both the peril and the trigger type.

If they are, there is no reason why the high risks present in the ILS market cannot lead to high returns instead of just high anxiety.
Lori Widmer is a Philadelphia-based freelance writer and editor who specializes in risk management and insurance.

Preparing for Biometric Litigation from COVID-19