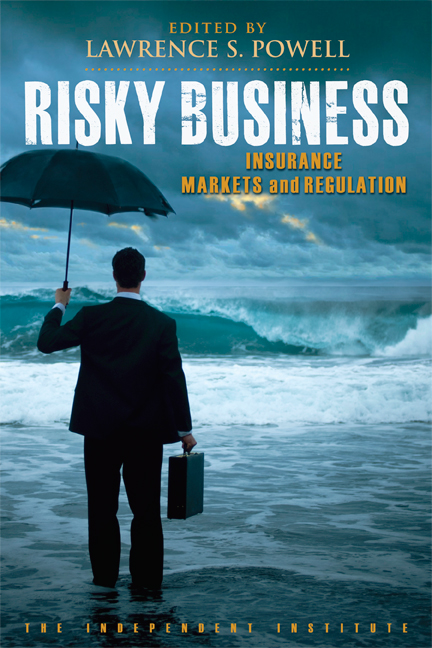 To say insurance regulation in the United States is complicated is an understatement. The current system requires insurers to deal with 56 separate jurisdictions, each with its own rules and regulations.

Critics contend that the inefficiencies of this fragmented system create billions of dollars in costs that are ultimately passed on to consumers in the form of higher premiums.They believe that the best solution would be a uniform federal system of regulation. It is a heated economic and political debate that has not always found universal support in the insurance industry. But today, the climate may be shifting.

Published by the Independent Institute, a California-based research organization, Risky Business deftly examines the state vs. federal regulatory debate and makes a convincing case for reform. The book brings together a group of risk management and insurance experts to discuss a variety of related topics, including the foundations of insurance, failures of previous reform efforts and comparisons of insurance regulation in the United States and the European Union.

A common thread throughout the book is the role of politics. In one chapter, authors Martin Grace and Robert Klein discuss alternatives to the current system, such as an optional federal charter, federal standards for state regulation or a competitive federalism system in which insurers can choose one state as its regulator in all jurisdictions. But despite the stated advantages of these methods, difficult political considerations mean that small, incremental changes are more likely in the near future.

However, Grace and Klein hope that even minor progress will set the stage for more substantive reforms later. It seems like it would be an easy argument to make — in another chapter, it is estimated that if insurers were to adopt a system of uniform regulation, for example, the efficiency gains would result in an annual savings of $3 billion to $5 billion for insurance consumers.

Risky Business provides a thorough and informative justification for streamlined insurance regulation. It may be easier said than done in this charged political climate, but given the upside, change seems inevitable.