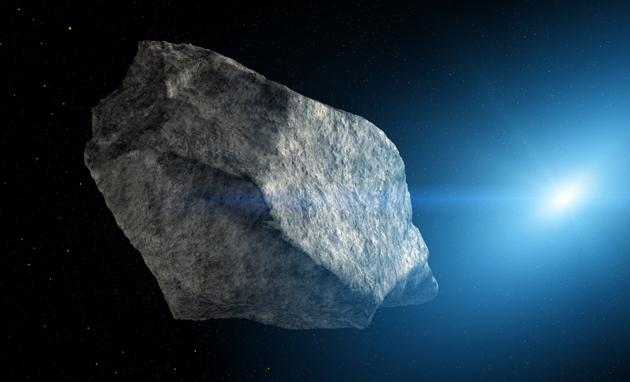 It was a clear February morning in the Chelyabinsk region of Russia when a meteor measuring 60-feet in diameter streaked through the sky and exploded some 15 miles above the Earth’s surface. The shock wave damaged buildings and shattered windows, injuring 1,500 people, mainly from falling glass.

Later that same day, a space rock 150-feet in diameter passed some 17,200 miles from the Earth, closer than our weather and communications satellites, which orbit 22,245 miles above the planet. It was the closest asteroid approach ever observed.

These events have inspired a renewed interest in the threat asteroids pose. In a hearing of the House Science Committee in March, NASA Administrator Charles Bolden indicated that the agency is tracking 95% of the largest near-Earth asteroids—those measuring a half-mile in diameter or more—that could end civilization if they strike the planet. However, only 10% of the more than 10,000 so-called “city-killer” asteroids with a diameter of more than 450 feet have been located. At current budget levels, it will take until 2030—10 more years than expected—to reach the 90% level Congress mandated in 2005.

Bolden, along with White House science advisor John Holdren, also testified that it would take at least five years to develop a plan to deflect or destroy an asteroid headed toward Earth. Projects such as a planned Venus-orbiting telescope to aid in asteroid detection or laser systems designed to deflect incoming threats, therefore, need to be prioritized.

“The odds of a near-Earth object strike causing massive causalities and destruction of infrastructure are very small,” said Holdren, “but the potential consequences of such an event are so large that it makes sense to take the risk seriously.”