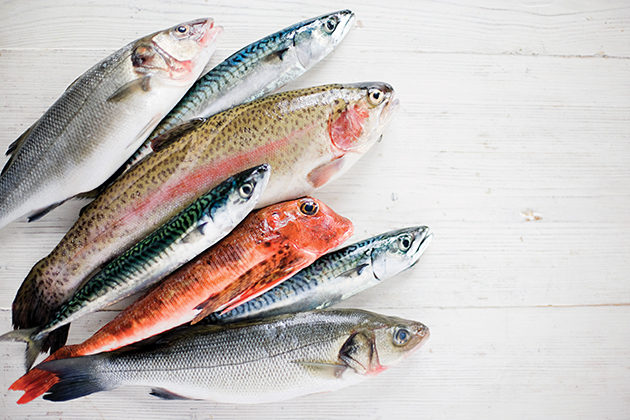 The last time you ordered calamari from a restaurant you may have been served pig rectum. Ben Calhoun, producer of NPR’s This American Life, first reported the story in January, broadcasting a phone call in which a meat processing plant manager claims his superiors told him that pig rectum is used as imitation calamari. And when Calhoun reached out to those bosses, they confirmed the accusation, though they could not say where the imitation calamari was being sold. Though it remains uncertain whether this fake calamari entered the human food chain, there are countless other instances of diners being duped by food fraud.

In February, for example, Swedish furniture maker Ikea came under fire when traces of horse meat were found in the company’s signature meatballs, which are sold on-site in its stores’ popular Swede-style cafeterias. Ikea filed a police report against its supplier, Sweden-based Familjen Dafgard, which placed partial blame on slaughterhouses in Poland where the meat originated. A Dafgard spokesman was quoted  on the Swedish news site TheLocal.com as saying he doesn’t “know where in the chain the crime has been committed.” Luckily for the companies and the European consumers involved, no one fell ill.

The same could not be said for the most notorious—and most deadly—example of food fraud. In 2008, Sanlu, a China-based dairy products company, was accused of adding melamine, a compound that is sometimes used to increase apparent protein content, to powdered milk. Essentially, Sanlu was guilty of product adulteration with the intent of increasing profits. But melamine, when combined with certain compounds, can be harmful. According to reports, the melamine incident killed six babies and hospitalized another 50,000. Sanlu, the manufacturer of the tainted milk, filed for bankruptcy soon after the incident.

From sausage to organic produce to pomegranate juice, food fraud and mislabeling is rampant as companies turn to cheaper alternatives of food products to inflate the bottom line. And seafood seems to be the most popular fake food. The deception is easy since there are so many fish in the sea and such limited knowledge among diners. The Food and Drug Administration lists 519 acceptable market names for fish, but more than 1,700 species are sold, according to Morgan Liscinsky, an FDA spokesman.

In February 2013, Oceana, a marine conservation organization, launched a two-year study it called “one of the largest seafood fraud investigations in the world to date,” collecting more than 1,200 seafood samples from 674 retail outlets in 21 states. The results were shocking. Nearly nine in 10 samples sold as snapper were mislabeled, while 59% of samples sold as tuna were mislabeled. Nearly half of all food purveyors in the survey sold mislabeled fish, with sushi restaurants being the worst culprits by far. Almost three quarters (74%) of seafood sold in sushi restaurants was mislabeled, followed by traditional restaurants (38%) and grocery stores (18%).

It’s a frightening realization—no longer can consumers be sure of what they’re ordering at restaurants or buying from the grocer. The recent European horse meat scandal is a perfect example, but it’s far from the worst. It was, however, a blow to the brand image of those involved.

Tesco, a popular UK grocery chain, faced backlash when it was forced to recall a line of frozen meatloaf after tests revealed it contained up to 5% horse meat. In the following days, the company saw its brand perception drop 15 points, according to market research agency YouGov, which tracks brand perception among the public.

The scandal affected Burger King too. Trace amounts of horse meat were found at the fast food chain’s supplier in Ireland a month before the Ikea incident was exposed. Though the supplier issued a recall of 10 million burger patties in Britain and Ireland, Burger King decided to transition all U.K. restaurants to approved suppliers in Germany and Italy.  A good move by the burger giant, but its reputation was still affected. 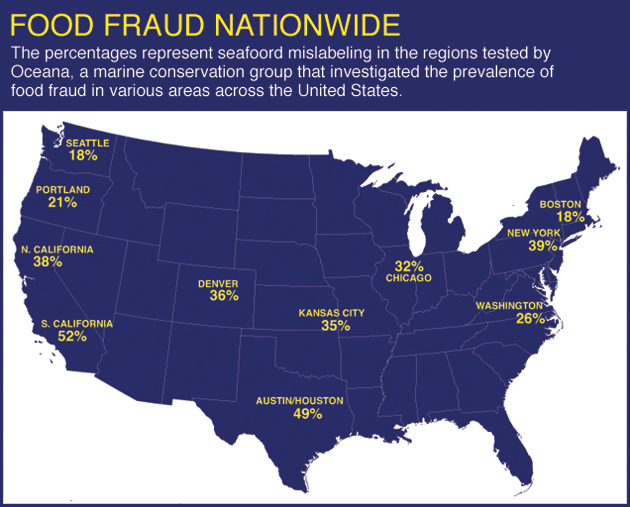 For Ikea, a company that relies on food sales for 5% of its $35 billion annual revenue, its income, especially in Europe, took a glancing blow as the company stopped nearly all meatball sales while issuing a recall. YouGov found that Ikea’s brand perception dropped 10 points after the incident, illustrating how consumers are unwilling to forgive in some instances of food fraud.

In a recent Harris Interactive poll, 55% of consumers indicated they would switch brands temporarily following a recall, 15% said they would never purchase the recalled product, and 21% would avoid purchasing any brand made by the manufacturer of the recalled product. “Consumers are on higher alert when it comes to food fraud and are less likely to forgive companies that are putting their food at risk,” said Don Hsieh, director of commercial and industrial marketing for TycoIS, a business security company.

As of 2011, roughly one in six FDA-regulated foods consumed in the United Sates is sourced from abroad (though this percentage is much higher for some products). More than 80% of seafood consumed in the United States is harvested, processed and shipped from a foreign supplier, and 78% of fruits and vegetables are imported from a foreign source. The amount of prepackaged foods shipped from foreign suppliers is also increasing rapidly. So quickly in fact that FDA inspectors can only inspect less than 3% of food products that enter the United States. “We are advising clients not to count on FDA inspections as the firewall to prevent contamination in food shipments into the U.S.,” said Rick Shanks, national managing director of Aon Risk Solutions. Instead, he suggests that companies do their own testing for “critical” contaminants.

An examination by non-profit food fraud detectives, the U.S. Pharmacopeial Convention (USP), discovered rising numbers of fake ingredients in products from olive oil to spices to fruit juice. The following represent some of the most commonly faked foods.

Fish
According to Oceana, 44% of the restaurants and grocery stores it visited sold mislabeled fish. Snapper, tuna and cod were the most commonly faked. Salmon is also often mislabeled—with the preface “wild” when it is, in fact, farmed.

Sausage
Earlier this year, donkey, goat and water buffalo, along with other unconventional ingredients, were found in almost two thirds of hamburgers and sausages tested in South Africa. The University of Stellenbosch found that 68% of the minced meats, burger patties, deli meats, sausages and dried meats that underwent testing were incorrectly labeled, demonstrating that the mislabeling of processed meats is a common practice in South Africa.

Olive Oil
Diluting pure olive oils with less expensive vegetable oil is becoming a commonplace tactic among some manufactures. This practice is not only fraudulent but produces a less healthy food item.

Honey
Most of the world’s honey is produced in China, where beekeepers are known for using antibiotics to keep their bees healthy. These chemicals make their way into honey, essentially contaminating it. Chinese honey is banned in North America but still finds its way to supermarket shelves due to a multimillion dollar laundering system that moves Chinese honey through other countries, where it is relabeled before being shipped.

Tea/coffee
Investigators have found that some teas are diluted with fillers such as lawn grass or fern leaves. Some coffees was also found to have fillers to increase package weight.

Spices
Powdered spices such as saffron, chili powder and turmeric have been diluted or replaced outright with less-expensive spices or fillers.

Even the mob has a hand in food fraud—it was reported that Polish and Italian mafia gangs were behind the Ikea horse meat scandal. “Organized crime will get involved in anything that is profitable and normally penetrates legitimate organizations through third parties like distributors and agents,” said Gene Cahill, director in the forensic, investigative and disputes services practice at Grant Thornton.

In less-developed economies, bribery and corruption also play a role in food fraud. And as the global food supply chain reaches the far corners of the earth, it includes new third parties in areas with little regulation. “In the food industry, we have less transparency to sourcing and distribution—especially in developing countries,” said Cahill. “As we have seen in other industries, when we have this increased opportunity for money and less transparency, we see bribery and corruption increase.”

In January, 2011, President Barack Obama signed into law the Food Safety Modernization Act (FSMA), which gives the FDA the authority to order recalls of contaminated food. It is the most sweeping overhaul of the nation’s food regulation system in nearly 75 years and is intended to ensure a safer food supply. “The law, for the first time, now clearly requires companies to implement a food defense program, including practices to prevent hazards that may be intentionally introduced,” said Hsieh.

Additionally, the U.S. Pharmacopeial Convention recently launched a Food Fraud Database, which aggregates food fraud reports so that they can be used for analyzing existing and emerging risks. It also provides a library of various detection methods. Similarly, in January, 2013, Michigan State University launched its Food Fraud Initiative, which provides research, education and outreach on adulteration, misbranding, tampering, overruns and license fraud. The group’s main focus is to reduce vulnerability within the food supply chain, a practice that often uses risk management techniques. “Our work is related directly to risk management in many ways, including the role of enterprise risk management and involvement in standards activity such as ISO,” said Dr. John Spink, director of the Food Fraud Initiative and assistant professor at the university.

Insurance is another safeguard. “Over the past several years, there has been a noticeable uptick in the sale of recall policies, as manufacturers, distributors and retailers attempt to protect themselves against supply chain risk,” said Lynda Bennett, partner and chair of Lowenstein Sandler’s insurance practice. “Food industry policyholders can be sure, however, that the more expansive and expensive a problem becomes, the harder a carrier will fight to avoid its coverage obligations.” Not even insurance guarantees a company will survive a food fraud or recall incident.

Other possible solutions include an increase in DNA testing on food or a simplification of the supply chain to enable better controls. Either way, these measures will add substantial cost to food production.

Even with these initiatives, advance preparation may be the best bet. “Whether it’s a food-borne pathogen or horse meat masquerading as beef, the only way for food companies to protect themselves is to anticipate,” said Bennett.

For individual businesses, anticipation may be the best bet, but the national prevention scheme starts with regulations. If rules are not adhered to and enforced, a mislabeled—and potentially harmful—product could enter the human food supply chain and be consumed before the problem is detected. There is no early-warning system. As Spink notes, “The early-warning system would be humans getting ill.”
Emily Holbrook is the founder of Red Label Writing, LLC, a writing, editing and content strategy firm catering to insurance and risk management businesses and publications, and a former editor of Risk Management.

Ethics and Compliance in Government Contracts