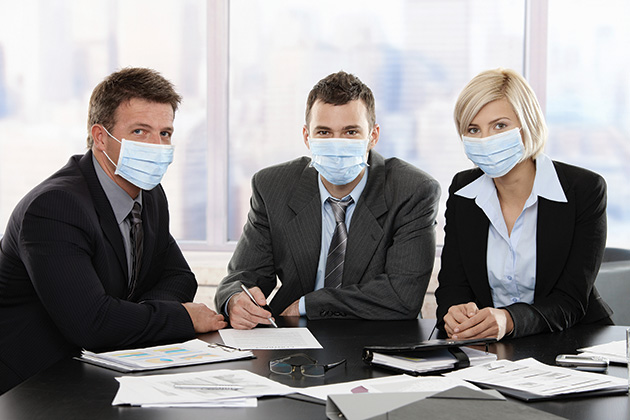 As of Nov. 2, there have been almost 5,000 deaths from the Ebola epidemic, primarily in the West African nations of Guinea, Liberia and Sierra Leone. Overall, more than 13,000 cases of the disease have been reported, according to the Centers for Disease Control and Prevention, making it the largest Ebola outbreak in history.

Governments are scrambling to halt the spread of the disease to other countries. So far in the United States, there have been four confirmed cases and one death: A Liberian national died while visiting Texas, while two healthcare workers in Texas who consequently contracted the disease have been declared healthy. In New York, a doctor returning from West Africa was diagnosed with Ebola. He was admitted to Bellevue Hospital on Oct. 23-after riding on the subway, visiting a bowling alley and riding in a taxi, prompting a review of regulations governing those traveling from West Africa. As of Nov. 3 his condition was stable but he remained in isolation.

The heightened fear of a pandemic in the United States has compelled some states to initiate precautions that range from monitoring anyone potentially exposed, to a strict 21-day quarantine.

What does all this mean for organizations and their employees?

"Employers have the right to take steps to protect their workforce from becoming ill and the right to respond to legitimate concerns within the employee population about whether a co-worker could potentially make them sick," said Peter Gillespie, an attorney with labor and employment law firm Fisher & Phillips. He cautioned, however, that companies also need to be aware of employees' rights before taking any actions. "The flip side is that you don't want to ask an employee questions that can't be asked under the Americans with Disabilities Act (ADA). This prohibits medical examinations of employees except under certain, limited circumstances."

For example, he said, the Equal Employment Opportunity Commission (EEOC) has taken the position that, in the case of asymptomatic employees, even asking to take their temperature would constitute a medical exam. "Employers need to keep in mind that asymptomatic employees do not present a risk for transmission," he said. Gillespie noted that, while companies with employees traveling in Ebola-affected areas need to be vigilant, the disease's spread through travel is not a major concern. Employers would be within their rights, however, to communicate risk factors and concerns to traveling employees.

FOR MORE ON EBOLA

Insurance Coverage for Risks Associated with the Ebola Outbreak

Under the ADA, for example, it would not be considered a medical evaluation to let employees know the risks of traveling in certain areas. "They say that, if you have eaten locally-prepared bush meat or vegetables, you may be at risk. Employers are permitted within the EEOC guidelines to communicate that sort of information. And to put it back to the employee by saying, 'We need your cooperation to protect your fellow employees from concerns they may have.'"

He also recommended that organizations be vigilant about checking updates from the CDC and the World Health Organization. "EEOC has in their guidelines to follow these experts' guidance. If you pay attention to what they say, that can provide another basis for steps employers can take and be within the law," he explained.

Randy Nornes, executive vice president at Aon Risk Solutions, added that this is a good time for companies to look closely at their crisis communications plans "in terms of how they communicate with employees, what types of travel restrictions and guidance they have on travel. To the extent you are involved with people-such as customers or patients, if you are a hospital-make sure everyone is thinking about procedures."

In recent years, much was done to put pandemic plans in place, particularly with outbreaks of the H1N1 swine flu in 2009 and bird flu in 2006. "When you compare it to H1N1, where 47 out of 50 states were impacted, [Ebola] doesn't come close to being in the same league," Nornes said. "The tipping point will be if it starts to show up in other U.S. or global cities. There is the human factor where people become more cautious and start to pull back, but we are not close to that now."

Because it has been some time since these plans were put in place, "it's important to make sure everyone is up-to-speed and thinking about how to handle the situation," he said. Most likely, "A lot of the people who put the plans together are not in the same roles they were at the time, so it is probably sitting on a shelf. A lot can change in a few years." For example, H1N1 is a much different virus than Ebola. "The way H1N1 spreads is more like the way flu spreads-person to person-so you would probably want to update plans to the unique aspects of Ebola [which is spread by direct contact with bodily fluids] that could become an issue."

While several insurers offer various coverages for Ebola, Nornes recommends examining the policies that are currently in place to determine if there is already insurance that could help manage any costs. In addition, businesses need to examine things that should be looked at going forward that might address Ebola or the similar issues of a pandemic.

Costs would include the business interruption aspect of an outbreak or pandemic. For example, if Ebola becomes more widespread, people may be reluctant to travel. "You could see a decline in airline travel, and there are all the related businesses, from rental cars to hotels, that could be impacted," he said. "If you are in that business, you would start thinking about the scenarios that could drive an unexpected downturn in the business outside of economic activity-something unusual."

Nornes cited the volcanic interruption in Iceland a few years ago, which caused widespread travel disruptions in Europe. "It certainly hurt the airlines and it -probably helped some of the hotels, because people couldn't leave," he said. "Those are the kinds of things you can do a -scenario around."

While the threat of Ebola has caused alarm, Gillespie warned that a bigger threat to the workplace is the far more prevalent and contagious seasonal flu. An estimated 5% to 20% of the U.S. population gets the flu each year, and more than 200,000 people are hospitalized from flu-related complications, according to the CDC. Older adults, especially those 65 and over, make up 60% of annual flu-related hospitalizations and about 90% of flu-related deaths.

"Risk managers and employees concerned about whether this could happen in their workplace should be reminded to take basic steps," Gillespie said. "If you are in an area susceptible to seasonal flus, wash your hands, make sure you are feeling okay and that you are doing what you can to prevent the spread of the common cold and flu within the workplace."

While keeping communal areas of the office clean and taking basic steps like hand washing are commonly known, health officials agree these steps will greatly reduce the risk.

Taking the Stress Out of Work