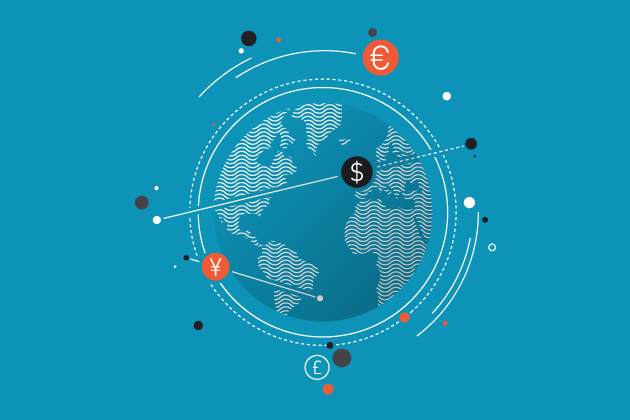 The ability to effectively manage cross-border risk used to be considered something a business either did not need or could not afford. The risk management landscape has experienced a transformation over the past 15 years, however. Traders, investors and lenders no longer have the luxury of assuming everything will work out or that other organizations’ international business horror stories will not happen to them.

Last year, the United Nations Conference on Trade and Development published a report identifying the 20 countries that attracted the most foreign direct investment in 2013. While the United States was first on the list, half of the countries in the top 20—including China, Russia and Brazil, which placed in the top five—were considered developing or transitional economies, meaning they typically lack well-established rules of law and strong governance, and have high levels of corruption.

Conventional wisdom previously dictated that, because everyone else is investing in a given country, it must be a safe place to invest. The idea was that there is strength in numbers, and, surely, not everyone could be wrong. Yet the herd mentality of chasing the “hot dollar” has gotten companies into trouble. Even though global investors know that Vladimir Putin’s Russia is fraught with risks and that Brazil’s economy has failed to perform to either its potential or expectations, they continue to invest in these regions in the belief that, eventually, things will get better. But that is often not the case.

While many risk managers would probably say that they do not have any particular expertise in assessing and monitoring all the risks of conducting business abroad, the truth is that they do, whether they realize it or not. And since most businesses (aside from banks and natural resource companies) tend not to have country risk specialists on staff, it is incumbent on risk managers to monitor country risk.

This can be a daunting task. Country risk management is not just about considering obvious variables—such as the health of a country’s economy and its political stability—but also evaluating its regulatory environment, developmental issues, environmental concerns and socio-cultural considerations. Thus, managing country risk is about creating a mosaic of risk factors that form a unique risk profile for each transaction in a given region, whether it involves investing, lending or trading. To be effective as a country risk manager, the ability to identify what truly distinguishes one transaction from another, and their implied short- and long-term risks, is critical to making the decision to invest and stay invested. Doing so requires ongoing monitoring, which can be time-consuming.

Every company doing business abroad needs to implement a meaningful approach to cross-border risk management. Smaller companies may have no choice but to rely on third-party reports. The problem is that these reports are often out of date as soon as they are published, and generally do not make recommendations about whether or how to proceed with a transaction. That said, having at least attempted to understand an investment or trade climate is better than exerting no effort at all.

By the same token, some companies become deluded into believing that, because they have a person or system in place to monitor country risk, they are bulletproof. Too often, gaps and inconsistencies in the risk management process, the nature of the internal reporting system, or the manner in which senior management delivers information to the board can create major problems.

Organizations with significant international exposures should devote the monetary and personnel resources necessary to adequately address cross-border risk. Every international risk manager is by definition now responsible for country risk. Ultimately, each risk professional must become better educated on the subject and, in turn, educate senior management about the importance of meaningful country risk management.
Daniel Wagner is is senior investment officer for guarantees and syndications at the Asian Infrastructure Investment Bank in Beijing. He has more than three decades of experience assessing cross-border risk, is an authority on political risk insurance and analysis, and has worked for some of the world’s most respected and best-known companies, including AIG, GE, the African Development Bank, the Asian Development Bank and the World Bank Group. He has published eight books—The Chinese Vortex, The America-China Divide, China Vision, AI Supremacy, Virtual Terror, Global Risk Agility and Decision-Making, Managing Country Risk, and Political Risk Insurance Guide—as well as more than 700 articles on current affairs and risk management.