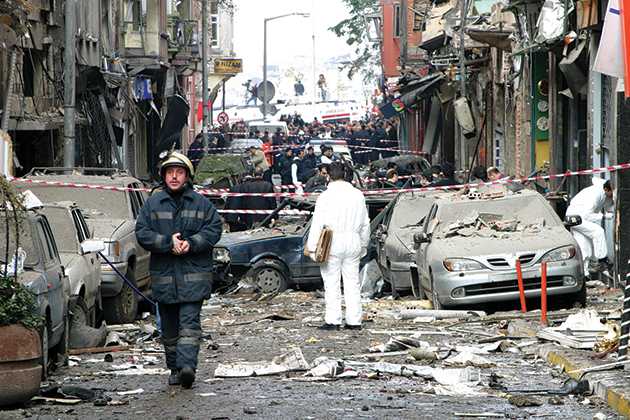 Despite a 35% increase in terrorism incidents and an 81% increase in deaths from terrorist attacks from 2013 to 2014, the percentage of companies purchasing terrorism insurance policies remained steady in 2014, according to Marsh’s 2015 Terrorism Risk Insurance Report. In fact, the take-up rate dipped slightly from 62% in 2013 to 59% in 2014, following uncertainty resulting from the delayed reauthorization of the Terrorism Risk Insurance Program earlier in the year.

Education organizations, financial institutions, real estate and tech/telecom companies had the highest take-up rates, with 70% or more of the companies in those industries buying terrorism insurance. This is likely due to the concentration of those businesses in major metropolitan areas and central business districts typically considered to be at a higher risk of attack. The lowest take-up belonged to the energy and mining, chemical, manufacturing, and construction industries, which all had rates below 50%.

Location was also a factor, with more companies in the Northeast purchasing terrorism insurance. The take-up rate in the region was 74%, as opposed to 56% in the Midwest and 54% in the South and West, because of its concentration of large cities, population density and history of attacks.

A Matter of Trust