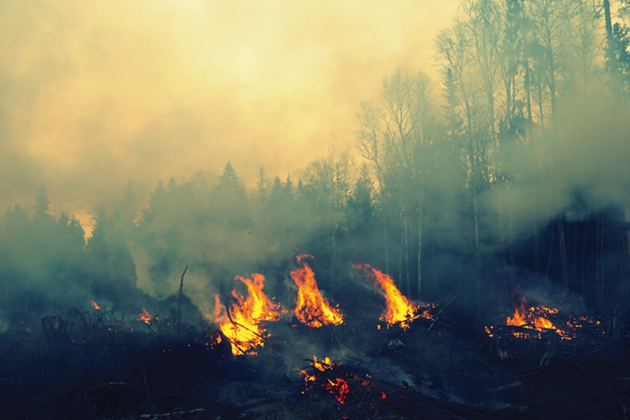 Droughts and wildfires have garnered a lot of attention in the past decade, and rightly so. Since 2006, about 70 significant droughts, wildfires and heat waves have occurred worldwide. Combined, these events have caused more than $19 billion in insured losses and over 500,000 casualties.

Meanwhile, since 2006, droughts and heat waves have caused $11 billion in losses worldwide, including the severe drought in the U.S. corn belt in 2012 (the worst since the Dust Bowl of the 1930s) and the heat wave in Russia in 2013. Additionally, the costs of wildfire suppression and drought management have escalated dramatically in recent decades.

Globally, total economic losses are on the order of $80 to $100 billion, the vast majority of which falls on the public sector. Climate projections by the Intergovernmental Panel for Climate Change (IPCC), the U.S. National Climate Assessment task force and other agencies worldwide suggest that, as temperatures increase, drought conditions and heat waves will become more prevalent in many regions and further exacerbate wildfire risks. It is expected, therefore, that dramatic increases in the direct and indirect costs of wildfires and droughts will continue.

Managing Costs (or Not)

In eight of the past 13 years, the U.S. Forest Service has been forced to “borrow” funds from other land-management agencies as costs to suppress wildfires have exceeded their appropriated budget. In 1991, only 13% of the agency’s total budget was spent on fire suppression, while it used more than 50% in 2013. This means that funds are increasingly being used to fight fires rather than to prevent them. Congress is now considering the Wildfire Disaster Funding Act to enable the Forest Service to fund excessive wildfire costs through disaster programs rather than through inter-agency borrowing. The government has also established a National Cohesive Wildland Fire Management Strategy to reduce the impacts and costs of wildfires.

California’s state government has an allocated budget for wildfire suppression and often dips into the state emergency fund when this budget is exhausted. As a result, in the past decade, emergency funds for wildfires have exceeded an annual average of $270 million, roughly the amount of the state’s yearly budget for transportation. California is now trying to offset some of the cost through its Fire Prevention Fee, which is levied on each habitable structure in designated State Responsibility Areas managed by CAL-FIRE. These fees are then used for various wildfire prevention and mitigation activities to reduce the risk.

Oregon has created the Oregon Forest Land Protection Fund and purchases catastrophic wildfire insurance. Wildfire Today reported, however, that successive years of payouts (2013 and 2014) have now resulted in a higher deductible (from $25 million to $50 million) and annual premium (from $2 million to $3.75 million) in 2015, which fortunately did not pay out. Despite this added expense, Oregon is in a much better position than most states to develop and adopt innovative solutions to manage what may be their “new normal,” and is exploring new risk transfer options.

Governments and insurance companies are not the only entities that are bearing the rising costs of wildfires. In recent years, many utilities have been held liable. For example, San Diego Gas & Electric has paid out more than $2 billion in damages from the Witch Creek, Guejito and Rice Canyon fires in 2007, which were started by downed power lines. Utilities were also held liable for five of the 13 Black Saturday bush fires in Australia in 2009, which resulted in payouts in excess of $375 million.

Governments at all levels are implementing a wide range of mitigation programs, but they often lack the revenue to fund them. Meanwhile, homeowners overwhelmingly (96%) agree that they should be personally responsible for mitigating against wildfires, according to a survey by the Rocky Mountain Insurance Information Association. Another survey by the International Journal of Wildland Fire, however, found that only 8% of respondents would be willing to pay $1,000 for mitigation measures without any sort of grant or other financial incentive, while half of respondents would be willing to participate in a 50:50 cost-share program. Therefore, opportunity exists for public-private partnerships to fund mitigation programs, reducing the burden on government budgets for mitigation and disaster recovery, while also decreasing insured and uninsured losses.

The remaining risk that governments cannot effectively manage or mitigate can be transferred through various financial mechanisms. Such avenues include traditional (re)insurance, parametric insurance, regional risk pools, and capital market instruments such as catastrophe bonds and insurance-linked securities. Risk pooling is an attractive option as it brings together various government entities to reduce administrative and insurance costs. An example of this type of pool is the CCRIF SPC (formerly the Caribbean Catastrophe Risk Insurance Facility), where Central American and Caribbean governments aggregate their risk from hurricanes and earthquakes to significantly reduce their overall premium costs. The benefit of such programs is that geographic diversity enables them to smooth out and reduce large economic shocks. The programs also tend to be parametric covers, which are triggered based on event characteristics rather than damage assessments, enabling faster payouts.

These tools and programs can help governments and communities become more resilient, reduce the protection gap and prevent catastrophes. The United States saw a record year for wildfires in 2015 and the California drought is still taking its toll on residents and government budgets alike, while the Fort McMurray wildfire has devastated Alberta, Canada. The future is likely to bring even more challenges, with increased populations and climate change exacerbating an already difficult situation. Mitigation is invaluable, but in the absence of necessary funding, governments should increase their risk transfer to minimize budget volatility. After all, if you are always chasing fires, you cannot prevent them.
Kirsten Orwig is an atmospheric perils specialist leading atmospheric hazards risk assessment modeling and outreach at Swiss Re.

Arson Dogs to the Rescue

The Evolution of Municipal Risk Management