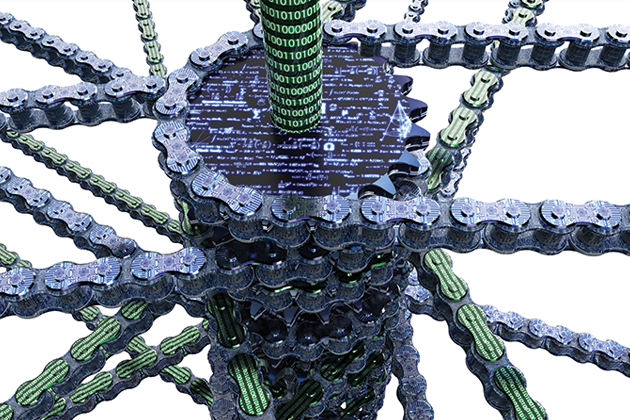 Over the past few years, much has been made of blockchain technology and its potential as a tool for streamlining a wide range of business transactions. Some companies see blockchain as a disruptive, revolutionary technology that will transform the way they do business, while others are more skeptical. Given the hype, will 2017 be the breakout year for blockchain in the insurance industry?

Most commonly known as the technology behind bitcoin, blockchain has more recently been touted as the latest tool to improve business operations. Uncertainty remains among many business leaders, however, around how it can be put to use. In a recent Deloitte survey of more than 300 U.S. executives, 28% of respondents reported that their companies have already invested $5 million or more in blockchain technology and 10% had invested at least $10 million. However, 39% indicated they had little or no knowledge at all about the technology.

“It is fair to say that industry is still confused to a degree about the potential for blockchain,” said David Schatsky, managing director with Deloitte. “More than a quarter of the knowledgeable executives surveyed say their companies view blockchain as a critical, top-five priority. But about a third consider the technology overhyped.”

The survey revealed that the technology, telecommunication and manufacturing sectors are out in front, with about one-third of these respondents indicating they are already using blockchain. By contrast, just 12% of surveyed financial services company executives report having deployed blockchain in their operations.

This trend is corroborated by a recent survey of financial services businesses by PricewaterhouseCoopers (PwC) in which more than half of the respondents knew blockchain is important, but were uncertain about how to go forward with it.

“Insurers, in particular, are less likely to be familiar with blockchain technologies and applications,” PwC said. “This is in line with the more general perception that insurance often lags behind other sectors of financial services in modernizing its business processes and technology. This reflects the need to work with large clients, provide bespoke cover and manage specialist risks; these require data-heavy interactions between multiple participants including brokers, insurers and reinsurers.”

Blockchain is a digital ledger that allows consumers and suppliers to securely connect with each other, without the need for third-party middlemen to oversee or handle the transactions. In the July 2016 report Blockchain in Insurance—Opportunity or Threat, McKinsey and Company defined blockchain as “a distributed register to store static records and/or dynamic transaction data without central coordination by using a consensus-based mechanism to check the validity of transactions.” Originally developed to support the digital currency bitcoin, the technology is well-suited for applications requiring transparency of records with a permanent time and date stamp, such as titles, document histories and notary services. Due to the system’s core elements of encryption, redundancy and immutable storage, records on the blockchain are considered accurate and secure.

With blockchain, an insurance company could create an operational system through which many claims can be verified and handled almost instantly, without paperwork, and applications and renewals can be approved almost as quickly.

“Imagine being able to minimize fraudulent claims or loss adjustment expenses with a massive, decentralized database that leverages real-time data sources of almost unimaginable size,” wrote Michael Henk and Robert Bell in their November 2016 Milliman report Blockchain: An Insurance Focus. “Imagine the cost savings to your company of improving efficiency across the insurance value chain, from product management to underwriting to claims to customer service—all while potentially increasing the security of your policyholder’s data. This is what blockchain technology can do.”

There are four main ways experts believe the insurance industry can be improved through blockchain technology:


These possibilities are tantalizing for forward-thinking insurers that see blockchain as a way to reduce costs, improve efficiency and customer satisfaction, and ultimately, attract new business and increase revenue. As a result, the pace of blockchain implementation is expected to quicken. Although only 12% of surveyed financial services companies in the Deloitte report said they had deployed blockchain, twice as many indicated they plan to go live with the technology in 2017.

Distributed ledger technology, often called “blockchain,” is rapidly emerging as a potential solution for businesses in many sectors, often with promises of increased security, reduced risk and greater efficiency. With any new technology, however, come new risks. Risk management professionals should understand, assess and plan for the risks that their organization will face resulting from the implementation of blockchain—not only today but in the future. Check out Three Risks to Assess as Your Company Considers Blockchain, also from the March 2017 issue of Risk Management.

The Risks of Blockchain

As with all emerging technology, security vulnerabilities with blockchain must be identified and corrected before it will be widely accepted throughout the insurance industry. Any new technology is also a prime target for hackers and security threats to a new technology are less understood by cybersecurity experts and therefore are less mitigated than those occurring in conventional database architectures.

“Just as an insurance company must perform due diligence when entering a new market or changing its claims philosophy, companies must consider the potential risks from adoption of blockchain versus the potential efficiency gains,” Henk and Bell said. “It is important to remember that no system should be considered invulnerable, and to continue researching advancements in security, even for something as locked down as the blockchain.”

Concerns have also been raised about data privacy. The predominant use for blockchain is in the bitcoin system, which operates a publicly available blockchain with open source code. “Implementing this type of network into a permissioned or semiprivate network to protect personal information might pose significant roadblocks,” Henk and Bell added. These include the implementation of standardized protocols used to verify each transaction, which is a crucial component of blockchains.

Questions of scalability pose a related tech issue. A tremendous amount of new infrastructure and improved computing power is required for the insurance industry to utilize blockchain technology. Although smaller blockchains are currently successful with a limited number of participants, “the insurance industry has a much larger population of participants that will need to have their data validated in a timely manner,” Henk and Bell said. “This means not only more storage space, but also enough computing power to quickly be able to validate each new transaction or data point.”

Perhaps the greatest concern to financial services leaders is regulatory uncertainty. According to the Deloitte survey, 48% of respondents indicated that implementing federal regulations that support the use of blockchain for business purposes will lead to wider adoption. For example, does private blockchain activity represent an inherently reliable confirmation? Does a smart contract represent a legal contract in a court of law?

The issue of regulatory governance may be the largest hurdle the insurance industry must face if it embraces this technology. Regulating blockchain will likely require new laws, practices and protocols, which may take years to define and implement.

What Does the Future Hold?

As attractive as blockchain appears to be, it cannot be regarded as a sound technology until it has been implemented in a “consistent and compatible way, based on minimum standards to exchange data and transactions, and at larger scale,” Henk and Bell said. To speed this along, a number of insurers and reinsurers have launched the Blockchain Insurance Industry Initiative, or B3i, in order to explore the potential of distributed ledger technologies to better serve clients. A pilot project using anonymized transaction information and quantitative data is under way, which hopefully will serve as a proof-of-concept for inter-group retrocessions through the use of blockchain technology.

“Blockchain technology shows most of its potential only if it’s applied in a network of peers,” said Harald Rosenberger, head of innovation at Munich Re and a B3i member. “Therefore we see a huge benefit for the insurance industry in doing this together through B3i. With B3i we are in the position to explore and shape the future use of blockchain and to set the necessary standards for a true digitalization of insurance.”

The ultimate goal of B3i is to explore whether blockchain technology can be effective in developing standards and processes for industry-wide usage and accelerating efficiency gains in the insurance industry. “With major players in the insurance market exploring the use of blockchain, it’s important for all insurers to monitor the situation,” Bell and Henk said. “B3i is the first major effort to implement the technology into solutions across the insurance value chain, rather than isolated use in individual companies.”

The insurance industry has usually lagged behind other industries when it comes to implementation of emerging technologies, and this will most likely continue with regard to blockchain technology. Insurers will likely wait until a larger-scale version is “tried-and-true” for other industries that identifies and mitigates risks, before using it in their business operations.

According to PwC, an insurance company is a good candidate for blockchain technology if some or all of the following conditions apply:


To fully realize the potential of blockchain, insurers need to incorporate a number of other technologies in tandem, including advanced analytics, artificial intelligence and the internet of things. They must also collaborate with a wide range of stakeholders. Deloitte recommends that insurers strategize, experiment and develop proofs-of-concept to leverage blockchain to create next-generation products and services. These also stimulate more interactive relationships with policyholders while protecting the company against encroachment from other industry sectors and non-traditional competitors.

Some experts recommend being bold when it comes to blockchain because the possibilities may be more wide-ranging than simple process improvements. According to the Deloitte report Blockchain in Insurance, the greatest opportunities “may extend beyond making incremental improvements in current business models to harnessing blockchain’s unique attributes to create entirely new types of interactive policies and launch innovative services that add value and grow the business.”
Mark Crawford is a freelance writer based in Madison, Wisconsin.