Author’s note: This past August, Anderson Kill mourned the untimely passing of our colleague John Nevius, chair of the firm’s environmental law group, after a long battle with cancer. An intrepid policyholder’s attorney, John was also a registered professional engineer and, prior to beginning his law career, a senior project manager/hydrogeologist at the United States Environmental Protection Agency. As an attorney, he brought a wealth of technical knowledge to complex environmental insurance coverage disputes. That expertise is reflected in John’s voluminous writings on environmental risks and insurance issues, and nowhere so much as in his 2012 article “Sandy’s Environmental Impacts: Cleanup has Just Begun,” which addressed everything from major chemical discharges to exposure to asbestos and lead during cleanup. In memory of John, and to bring the benefit of his analysis to those who will be tasked with assessing and mitigating the enormous and multi-faceted destruction wrought by this year’s hurricanes, I have updated his article to address the environmental hazards likely to be faced during the long, costly and sometimes doubtless dangerous recovery that will soon begin in the wake of this year's storms.

It will be some time before the full extent of environmental damage wrought by this year’s devastating hurricanes is fully documented or addressed. Within days of Harvey’s landfall on the Gulf Coast in late August, however, it was reported that the superstorm had caused the release of nearly one million pounds of seven toxic compounds, including benzene, a carcinogenic substance, according to an analysis by the Center for Biological Diversity. Numerous toxic plumes arose from explosions at the Arkema chemical plant caused by the failure of systems cooling volatile chemicals because of a loss of power. 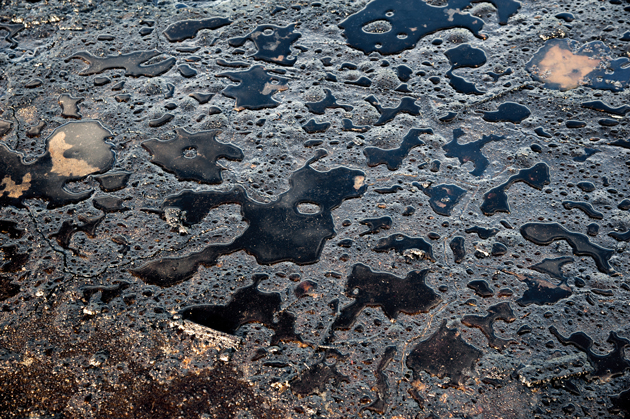 Three weeks later, when Hurricane Maria devastated Puerto Rico, the storm exacerbated the island’s long-term environmental stresses. On Oct. 18, the Atlantic reported, “Tons of manmade debris and millions of pounds of foliage clog streets and waterways, and threaten to produce an acute trash and pollution crisis in the months to come.” Large-scale leaching of lime and other chemicals from local waste piles at a major coal plant is alleged by the residents of Guayama, a coastal fishing town. The island’s many Superfund sites are likely vulnerable.

How can the environmental risks and consequences of more severe weather be managed effectively? In addition to basic recognition of the problem, property and casualty insurance has an important role to play in offsetting losses, including environmental risks and losses. In a world of increasingly extreme weather events, effectively dealing with weather-related contaminant releases will place greater burdens on the planning and management of corporate insurance programs.

The environmental hazards associated with severe weather can give rise to all kinds of covered losses, which generally fall into four broad categories.

Third, traditional property coverage may be implicated to offset losses for damage to one's own property. Fourth, directors and officers may find themselves the targets of lawsuits arising out of managerial decisions involving the management or cleanup of hazardous materials before, during and after a disaster.

Types of Environmental Damage
The spread of chemicals from submerged or exploding plants and the hazards associated with these events are obvious. Less readily apparent environmental damage from storms such as Harvey, Irma, Jose and Maria includes releases of liquid fuels, solvents, cleaning fluids, anti-freeze and other toxic chemicals from thousands of crushed vehicles, boats, containers, drums and tanks.

A variety of toxic chemicals also may come from contaminants washed from flooded subways, roads, parking lots and tunnels. These liquids can contaminate both surface and groundwater, especially where large amounts of debris pile up or where heavy rains or storm surges cause flash flooding, fouling local waterways.

In the wake of major storms, just about any type of container that can float is likely to leak, from 55-gallon drums to quart-sized containers of transmission fluid. Sewage overflows can contaminate water supplies and the watersheds themselves, as is now the case in Puerto Rico. Storm surges can send sewage spilling back into roads and homes rather than being discharged directly to surface waters.

Demolished buildings may contain asbestos or develop toxic mold, potentially damaging the health of residents as well as response personnel. Fires caused by broken gas mains or lightning can burn unabated and may generate smoke containing particulates such as soot as well as toxic chemicals such as dioxins and other air-borne pollutants. Oil may spill from downed electrical transformers, some of which, especially the older ones, may contain toxic polychlorinated biphenyls, or PCBs.

Farm-related runoff, including fertilizers, pesticides and herbicides, is another source of potentially significant contamination that can have wide-ranging impacts. Dead zones can result when nitrogen and phosphorous from crop fertilizers and animal waste cause blooms of algae that eventually starve other fish and aquatic animals of oxygen. Mississippi River flooding has repeatedly had this effect in the Gulf of Mexico. The largest dead zone to date was recorded in the Gulf this summer, at 8,776 square miles—about the size of New Jersey.

Exposure During Clean-Up
Some of the greatest long-term environmental risks from hurricanes and other disasters arise during the cleanups. Exposure to lead and other toxic substances can happen simply by accidental ingestion of contaminated soil from dirty hands, as well as the breathing of contaminated dust and fumes from burned plastic or cable coatings.

Environmental regulators often enact temporary waivers of some solid waste and air pollution regulations for the hardest hit areas, as EPA chief Scott Pruitt has moved to do in Puerto Rico. Potentially contaminated material is simply bulldozed off of streets, and landfills may be allowed to accept contaminated debris, including former structures, sludges, brush, yard waste, appliances and other materials that normally would not be accepted. Limited burning of materials, including tree and brush waste under certain conditions, also may be permitted, as may unsupervised asbestos removal.

When plastics, asbestos material or treated wood find their way into brush fires, they can produce emissions, including toxic volatile organic compounds and heavy metals that are particularly dangerous for people with asthma or respiratory diseases. The chaos that follows disasters of all kinds may lead to dangerous mixing of wastes and chemicals, which can cause chemical releases as well as explosions and releases of toxic gas.

Increasingly Severe Weather
Even people who deny the existence of global climate change are having trouble dismissing the evidence of more severe weather over the last few years. In 2016 there were 15 weather and climate events with losses exceeding $1 billion each across the United States—the second highest tally of billion dollar disasters ever, barely trailing the 16 billion-dollar events of  2011. This summer, more than 1,000 people died in floods across South Asia, with 41 million people directly affected in Bangladesh, Nepal and India, according to U.N. estimates. Bangladesh, constantly subject to devastating floods, suffered its worst flooding in 40 years in 2017, according to the International Federation of the Red Cross and the Red Crescent.

Weather extremes are on the rise worldwide. According to NASA, 2014, 2015 and 2016 were each the hottest years on record. Deadly heat waves are on the rise globally, with India facing a wave of deadly heat this year following a 2016 summer in which temperatures reached 124 degrees Fahrenheit and drought was widespread. This year the western United States suffered one of its worst years in wildfires ever. In a Labor Day fire, nearly 1,400 homes burned in Burbank, California, outside Los Angeles. In October, fires tearing through Napa and Sonoma counties killed at least 40 people—more than any California wildfire on record—and destroyed nearly 6,000 structures.

Conclusion
Managing the risks associated with more severe weather events, including the immediate and latent pollution unleashed by these natural disasters, represents a huge challenge.

Corporate directors and officers need to consider the potential liability and insurance coverage implications associated with these challenges, as shareholders increasingly refuse to tolerate business decisions that do not properly take the environmental consequences of disasters into account. Decision makers and policymakers of all stripes need to better understand the potential environmental risks they may face going forward if such risks are to be managed properly.
Robert M. Horkovich is managing partner in Anderson Kill’s New York office and chair of the firm’s insurance recovery group. He is a trial lawyer who has obtained more than $5 billion in settlements and judgments for policyholders from insurance companies.
John G. Nevius was a shareholder in the New York office of Anderson Kill and chair of the firm’s environmental law group. He was also a registered professional engineer and adjunct professor of law at Pace University Law School where he taught a class on climate change and insurance.