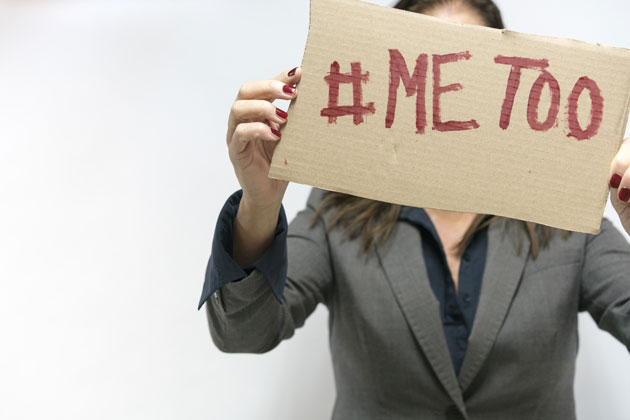 The past year has brought seemingly unending news detailing allegations of sexual impropriety against politicians, celebrities, the news media and other public figures. As a wave of victims march forward and social movements such as the #MeToo silence breakers grow, there are no signs that sexual harassment claims will subside. There is little doubt that companies and individuals across all industries have and will continue to see an increasing share of similar charges. As companies continue to address this crisis and attempt to protect their brand reputation from tarnishing, they may find some economic relief from their employment practices liability insurance (EPLI) coverage.

EPLI covers many traditional employment-related claims, such as those alleging age discrimination, discrimination based on ethnicity, wrongful termination, and retaliatory termination. EPLI policies typically provide insurance on a claims-made basis, which means that the policy responding to a claim in the one in place at the time that a claim is asserted against the policyholder and not the policy in place at the time of the alleged wrongdoing. Many EPLI policies provide broad coverage for alleged “wrongful employment practices,” “employment claims,” or similar catch-all terms. These terms are frequently defined to include a laundry list of possible offenses. Sometimes EPLI coverage is included in or added onto directors and officers (D&O) policies or management liability policies. The EPLI coverage forms frequently contain “shrinking limits” provisions, meaning that insurer payment of defense costs reduce the available policy limits. This approach differs from many commercial general liability (CGL) policies, in which defense costs are covered in addition to stated policy limits.

EPLI policies should provide coverage for sexual harassment claims, as well. One such EPLI insuring agreement provides, as follows:

The Company will pay on behalf of the Insured, Loss for any Employment Claim first made during the Policy Period … for a Wrongful Employment Practice.

As we see with many EPLI coverage forms, the policy defines “Wrongful Employment Practice” to explicitly include any actual or alleged “Sexual Harassment.” That terms is defined, as follows:

Sexual Harassment means any actual or alleged unwelcome sexual advances, requests for sexual favors or any other conduct of a sexual nature:

EPLI policies often define the “insured” as the company and also employees, members of the board of directors, officers, partners, trustees and other equivalent titles. As a result, companies may be able to recover insurance proceeds to pay for its defense costs and potential settlements, if any, even if the allegations of wrongdoing are asserted against an individual within the company’s organization and not the company as an entity.

Accordingly, in addition to addressing all sexual harassment claims in the appropriate manner from a practical, human resource, and compassionate standpoint, companies should also put their appropriate insurance carrier on notice of any such claim.

EPLI policies may attempt to dictate the lawyers that a company must use to defend a sexual harassment claim, or the lawyer’s hourly rate that the insurance carrier is obligated to pay for the defense. Perhaps unsurprisingly, the insurance carrier’s approved law firms may not align with the choice of law firm preferred by a company facing sexual harassment allegations against it or its employees. To avoid a dispute with their insurance carrier during an already difficult time, companies would be well-served to negotiate the counsel of its choosing before it faces a claim alleging wrongdoing.
James R. Murray is a partner with Blank Rome and leads the firm's policyholder-only insurance recovery practice,
Jared Zola is a partner in Blank Rome’s policyholder-only insurance coverage practice and has helped clients secure more than one billion dollars in insurance recoveries.

EPLI and the #MeToo Movement

Combating Sexual Harassment in the Workplace