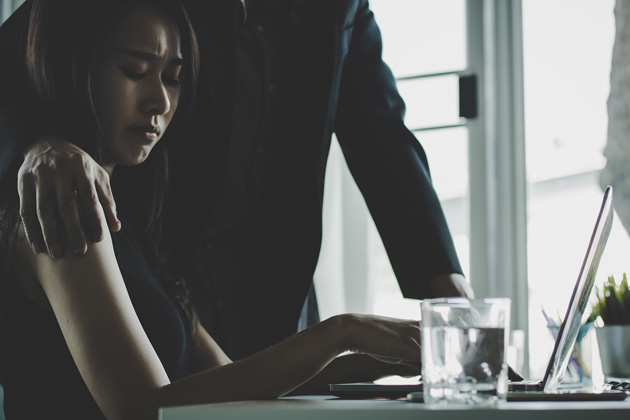 The #MeToo movement has spurred many companies to ramp up efforts to prevent and police sexual harassment in the workplace. Unfortunately, not even the best policies and practices can prevent all claims of harassment. Although there are many hurdles and prerequisites to securing insurance coverage for sexual harassment, employment discrimination and other employee claims, a company’s insurance policies are a critical source of financial support against such claims.

Employment practices liability insurance (EPLI) policies usually cover claims for discrimination on the basis of race, national origin, religion, sex (including pregnancy), age or disability, including related claims for harassment. Policies commonly exclude claims arising under workers compensation laws and policies, and claims under federal labor laws unrelated to discrimination or harassment, such as union-related laws, the Worker Adjustment and Retraining Notification Act, the Fair Labor and Standards Act, the Employment Retirement Income Security Act and COBRA. Policies are not uniform, so read them carefully. Even if a particular policy excludes one of the above types of claims, it might be possible to have it added by endorsement.

One issue to consider is the extent to which many of the claims purportedly covered under EPLI policies are insurable. Based on public policy, states often limit the extent to which intentional acts may be insured and claims of discrimination or harassment often include allegations of knowing and intentional acts. Thus, when purchasing an EPLI policy, a company should carefully consider which state’s law will likely apply and whether that state has commented on the public policy issue.

EPLI policies are generally sold on a claims-made basis, which means claims made against the company during the policy period are covered. Most claims-made EPLI policies have a retroactive date, which states that claims made during the policy period based on acts that took place before a certain date are not covered. When buying new coverage, negotiate for the earliest retro date you can get, taking into consideration relevant statutes of limitation. When switching insurers, it may be possible to purchase “tail coverage” under the expiring policy that extends it to cover future claims, as long as the underlying acts took place before the policy expired. This can allow the new policy to have a retro date simultaneous with the policy inception. Also, consider giving notice under the expiring policy for potential claims that have not yet been made. Some policies require this, while others permit it at the policyholder’s discretion. Be forthright when answering any questions on a policy application regarding known or potential claims, as this can be a minefield and lead to a misrepresentation/concealment defense.

Definition of a Claim

Should your company be faced with a claim related to its employment practices, immediately notify, in writing, all insurance companies that may possibly provide coverage for that claim and forward all relevant information regarding the claim to the insurer.

Whether a claim will trigger coverage under a particular policy will depend upon the policy’s “claim” definition. This definition can affect when notice is due, when defense costs are covered, and other secondary but important matters. Ideally, the definition will include provisions that the demand can be for relief other than monetary damages, including “reinstatement, reemployment or re-engagement.” This does more than effect a change in when coverage is triggered—it can create a broader substantive coverage grant.

EPLI policies commonly require the insurer to pay the costs of defending claims. Disputes may arise over whether the insurer is required to advance defense costs or instead reimburse the policyholder only after a claim is resolved. Another common issue concerns the allocation of defense costs among covered and uncovered claims. Whether the insurer pays only costs associated with covered claims may depend upon the wording of the policy as well as the applicable state law.

Most EPLI policies contain an exclusion for deliberate and seriously wrongful acts. Because so many claims contain such allegations, it is common now for these exclusions to contain an exception that provides that the exclusion applies only “if a judgment or other final adjudication adverse to the insured establishes such a deliberately fraudulent act or omission.” This clause ensures that a policyholder facing allegations of fraud will have its defense costs paid, and will lose coverage only if the fraud is proven. Some policies omit this vital exception, so make sure it is included in your policy. Another important exception provides that the criminal or fraudulent act of one policyholder will not be imputed to other policyholders.
Robert M. Horkovich is managing partner in Anderson Kill’s New York office and chair of the firm’s insurance recovery group. He is a trial lawyer who has obtained more than $5 billion in settlements and judgments for policyholders from insurance companies.
Mark Garbowski is a shareholder in the New York office of Anderson Kill. His practice concentrates on insurance recovery, exclusively on behalf of policyhold­ers, with particular emphasis on professional liability insurance, directors and officers insurance, fidelity and crime-loss policies, internet and high-tech liability insurance issues.

Combating Sexual Harassment in the Workplace