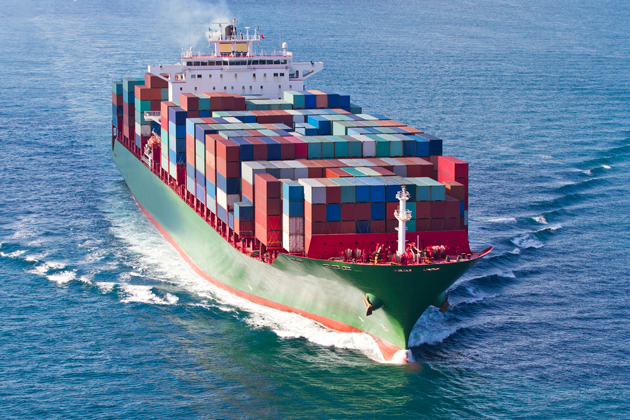 As technological innovation continues to unfold at a torrid clip, the challenges of protecting against theft and fraud have never been greater. Commercial shipping, for example, faces a new and daunting set of technological exposures that can take the form of hacking of a vessel’s navigational systems, email-induced surrenders of cargo, and the computer-enabled falsification of shipping documents, just to name a few.

In the case of cargo loss due to fraudulent shipping documents, marine cargo insurance is available for many potential loss scenarios. Often, an effective form of marine cargo insurance will contain an express insuring agreement for loss or damage to insured goods caused by the receipt of fraudulent bills of lading (bills of lading are routinely used to document title and receipt of goods by a carrier or shipper’s agent).

One version of such an insuring agreement promises:

“This policy covers direct physical loss or damage through the acceptance by the Insured, its Agents or the shipper of fraudulent bills of lading, shipping receipts, messenger receipts, or other shipping documents.”

Another version of fraudulent bills of lading coverage provides:

“This policy covers loss or damage occasioned through the acceptance of fraudulent bills of lading.”

Over the years, however, many disputes have arisen concerning this insurance coverage provision. In a 1993 federal court case in New York, an insurance company denied insurance coverage under a fraudulent bills of lading clause in an “open marine” policy. The policyholder sought coverage for the loss of payments made for coffee that was not shipped, contrary to the information set forth in the bill of lading.

Where insurance companies impose in their fraudulent bills of lading clauses the phrase “direct physical damage or loss to” cargo, they have argued that the scope of insurance coverage is greatly narrowed. In a 2013 case from Maine, a federal court held that the policyholder was not covered for its cargo loss because the cargo shipment was not physically lost or damaged. Instead, the court ruled that the foreign shipper simply sent poor quality “junk” and not what the policyholder had paid for. Thus, even though the policyholder’s “funds were released from its letter of credit on the fraudulent representation in the bill of lading that conforming goods had been shipped,” the court found that there was no marine insurance protection for the loss suffered. While the policyholder had asserted that it did indeed suffer a “direct physical loss of goods flowing from the presentation of fraudulent bills of lading,” the Maine court found that the fraudulent bills of lading “did not cause” a physical loss of the cargo, nor was the cargo “physically damaged.”

Some insurance companies have also tried to escape their insurance coverage obligations by arguing that the receipt of the phony shipping documents must take place during the transit of the goods. But this argument has been rejected. (See, e.g., AGCS Marine Insurance Company v. World Fuel Services, Inc. et al, No. 1:2014cv05902 (S.D.N.Y. 2016)

As with all lines of insurance coverage, it is important to be a smart shopper, since variations in the fine print of policy forms can make the difference between quality insurance coverage and coverage that is insufficient. As cybercrimes become more frequently and cause greater damage, some insurance companies are also adding cyber exclusions to the marine cargo insurance policies they sell. These exclusions need to be carefully reviewed by the insurance broker before any acceptance of such an imposition.

Given that this century will undoubtedly see an intractable trend of cybertheft, policyholders will want to make sure that their cargo is protected wherever computers, software and hardware are used to facilitate the loss or damage to the policyholders’ goods through fraudulent shipping documents to other forms of fraud.
Joshua Gold is a shareholder in Anderson Kill’s New York office, chair of Anderson Kill’s cyber insurance recovery group and co-chair of the firm’s marine cargo industry group. He is co-author with Daniel J. Healy of Cyber Insurance Claims, Case Law, and Risk Management, forthcoming from the Practicing Law Institute.