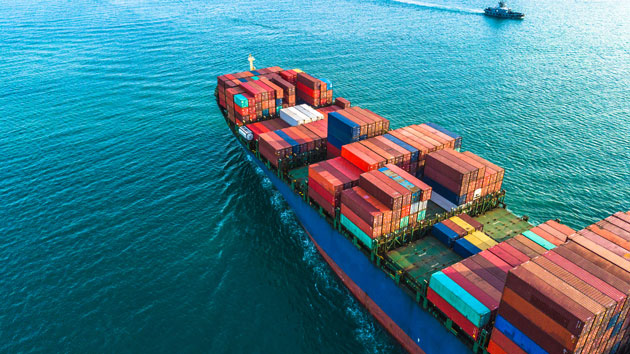 The advent of lithium battery-powered cargo-monitoring devices has greatly improved the shipment efficiency, tracking and logistics management of products transported all over the world. But the developers of these innovative products—namely, device manufacturers and shipping companies—may need to head back to the design studio if concerns about the hazards of lithium batteries lead regulators to change the rules for handling the devices in transport.

The proliferation of these devices in recent years has prompted international transport agencies to consider new safety regulations that could prove costly and burdensome for companies. The lithium battery industry has had seats at the table in these deliberations, but device manufacturers and users have not been as engaged in the debate.

At issue are products such as cargo tracking devices and data loggers, which allow shippers to keep tabs on their shipments anywhere in the world, receive instantaneous updates on shipment movements, and ensure that their shipments are kept safe and at appropriate temperatures. Several companies are also now using electronic shipping labels that allow for rapid—and even mid-shipment—updates to shipping destination and routing information, eliminating the need for paper labels or manual re-sorting mid-transit. To power these features, most products now utilize lithium metal or lithium-ion batteries, which have well-recognized hazards in transportation.

Cargo Vs. Transport
Cargo tracking devices, electronic shipping labels and data loggers are typically powered by lithium metal or lithium-ion batteries. When shipped as cargo, lithium battery-powered devices such as these clearly are considered “dangerous goods” or “hazardous materials,” and are subject to strict battery testing and package labeling requirements. Today’s lithium battery transportation and packaging rules are designed to deal with batteries as cargo, and do so in a well understand manner.

When the cargo tracking devices and data loggers are used in transport, however, they are often not shipped like a typical piece of cargo. For example, they may be mounted to the exterior of the package or the exterior of a container without packaging or hazard labels, and remain powered on during transport. Therefore, regulators and shippers alike are uncertain as to whether the dangerous goods transport regulations actually apply to these devices.

There are already a few national authorities, such as the U.S. Federal Aviation Administration (FAA), that place restrictions on external or constant-on devices due to the potential interference with an aircraft’s navigation equipment. For example, use of cargo tracking devices and data loggers in air transport must ensure compliance with all applicable FAA requirements, including those in 14 CPR § 91.21 that address operation of portable electronic devices aboard aircraft. But these rules address radio frequency interference concerns, not the lithium batteries.

Regulating Cargo Tracking Devices
Recognizing the potential uncertainty in the regulations, international regulatory bodies are turning their focus to more general safety considerations stemming from the lithium batteries used to power these devices. To address that uncertainty, and to ensure consistency around the world, international regulatory bodies are working on new rules that could change the way manufacturers and shippers use these devices. The new requirements could be finalized in 2018 by a United Nations transport organization known as the Sub-Committee of Experts on the Transport of Dangerous Goods. (The sub-committee is responsible for developing the UN Recommendations on the Transport of Dangerous Goods Model Regulations.)

Germany first brought this issue to the attention of the United Nations Sub-Committee of Experts in June 2016. They noted in an informal paper that these devices are often affixed, unpackaged, to the exterior of cargo transport units (CTUs). The German paper posited that under these circumstances, the lithium battery could be damaged during handling operations and generate unique hazards—particularly if other dangerous goods, such as flammable liquids and flammable gases, are present in the same cargo space. The paper did not present specific recommendations, but asked the UN sub-committee to consider potential options.

In December 2016, Germany followed up with a proposal to exempt cargo tracking devices, electronic shipping labels and data loggers from regulations provided certain conditions are met (e.g., the device must have strong outer casing and be a “certified safe type”). After much discussion, the sub-committee could not reach a consensus position to adopt this new exemption for the devices, and the matter was set aside for the future date.

The issue returned in July 2017 when Switzerland, the Netherlands, Germany and the International Air Transport Association (IATA) each filed new proposals with the sub-committee that they believed would find common ground. The various proposals were discussed at length, but a consensus still could still not be reached. However, there was common ground in the parties’ general support for the following language to be included in the UN Model Regulations:

[The regulations do not apply to the transport of] lithium battery-powered cargo tracking devices or data loggers attached to packages, overpacks or cargo transport units if they meet the following:

The sub-committee members differed on whether additional conditions are necessary, or more specificity is required. But the majority opinion in the room was that additional language, beyond what is cited above, likely will be required to ensure that these novel devices remain safe to transport. Those additional safety requirements have the potential to be onerous and expensive.

Next Steps in the Process
The UN sub-committee is scheduled to meet again in June and December of 2018. Whether a consensus can be reached on how to regulate lithium battery-powered cargo tracking devices, electronic shipping labels and data loggers remains uncertain. But the issue appears to remain a priority, and will almost certainly be on the agenda until a resolution is found.

If and when the UN sub-committee completes their work and reaches a consensus, the matter would then be taken up by the International Civil Aviation Organization’s Dangerous Goods Panel and the International Maritime Organizations Sub-Committee on Carriage of Cargoes and Containers (CCC). These two organizations are responsible for drafting the rules that apply to air transportation and cargo-ship transportation, respectively. They have the authority to place the same or additional restrictions on these devices (e.g., limiting the lithium ion batteries to no more than 100 watt-hours) beyond what was agreed to by the UN sub-committee. Once these organizations act, their rules would be adopted around the world in short order.