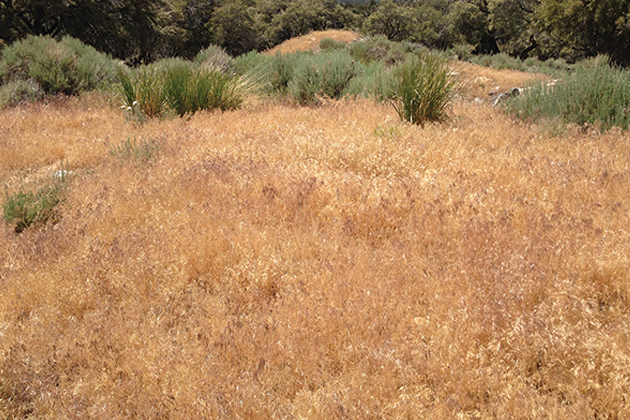 Summer is here and, once again, wildfires are blazing in the United States, including fires in Alaska, Arizona, California, Colorado, Idaho, Nevada, New Mexico, Oregon, Texas, Utah, Washington and Wyoming. As of July 17, the National Interagency Fire Center reported 67 active large wildfires, covering more than one million acres, with only four contained. Since the beginning of the year, more than 34,000 fires have burned some 3.4 million acres.

In July, California Gov. Jerry Brown declared a state of emergency after a fast-moving fire burned 5,000 acres, causing the closure of Interstate 5 in the northern part of the state and prompting evacuations in parts of California and Oregon. During the first six months of this year, the California Department of Forestry and Fire Protection battled wildfires on 53,000 acres, compared to about 23,000 acres over the same time period in previous years.

According to the National Interagency Fire Center, warmer-than-average temperatures combined with dry conditions, a below-average snowpack, increased potential for lightning and large amounts of grasses are likely to create “above average to extreme” wildfire activity this year.

While it is well known that hot, dry weather and lightning are major causes of wildfires, what is not widely recognized is the role played by invasive species—defined as non-native biological species that threaten or have a negative impact on native biodiversity and the stability of a local ecosystem.

The species fanning the flames of western wildfires is an invasive grass known as cheatgrass (Bromus tectorum). Cheatgrass derives its name from being useless for livestock because its sharp fronds can pierce the mouth of cows, “cheating” them out of grazing. It was introduced to the East and West Coasts of the United States from Eurasia in the mid-to-late 1800s as a seed contaminant mixed with grain and via ship ballast water.

Because it has few natural enemies, grows deep roots and reestablishes quickly after a fire, cheatgrass has carpeted the country—indeed, varieties are found in every state except Florida.

The grass also dries out earlier in the growing season, making it combustible and twice as likely to burn as indigenous plants. While native sagebrush and grasses discourage the spread of wildfire because they grow in clumps separated by bare dirt, they are simply overwhelmed by cheatgrass.

Scientists have found the grass to be a causative factor in a disproportionately large number of fires in the Great Basin, an area of about 232,000 square miles that includes parts of Nevada, Utah, Colorado, California and Oregon. Of this region, 15,444 square miles have been overtaken by cheatgrass. According to a 2012 study in the journal Global Change Biology by researchers from Penn State, the University of Massachusetts-Amherst, UC Santa Barbara and University College London, 39 of the 50 biggest wildfires in the Great Basin from 2000 to 2009 involved cheatgrass. “The results demonstrate that cheatgrass invasion has substantially altered the regional fire regime,” the researchers wrote.

In a 2015 article in Biology News, Boise State University biology professor Steve Novak noted, “The problem is so pervasive that it has altered the fire cycle in the West, leading to almost total eradication of some native plants and animals in affected areas. Where a normal fire cycle could be every 60 to 100 years, scientists are now seeing cycles as tight as three to five years.”

Invasive species take a massive toll on the economy. In the United States, the cost of damages and prevention, control and management efforts top $100 billion per year, according to the recent report Building Resilience to the Economic Threat of Invasive Species by Swiss Re and Johns Hopkins University.

Invasive species are either intentionally or accidentally introduced to a region via airplane travelers carrying fruits, vegetables or plants, boat ballast water, and trade shipments for plant nurseries and pet shops. Once established, these plants and animals can be difficult if not impossible to eradicate and may lead to fast declines or even extinctions of native populations. This impacts supply chains and creates unforeseen consequences for state and federal governments, farms, lumber yards, tourism and recreational operations, fisheries and utilities.

Notable non-native animal species include giant Burmese pythons from Southeast Asia, believed to have been introduced to the United States through the exotic pet trade. Found in Florida wetlands, these reptiles can grow to 23 feet long and weigh up to 200 pounds. They have led to the population decline of several animals in the state, including deer, raccoons and bobcats.

Zebra mussels are another prime example. Accidentally imported in ballast water from ships, they attach themselves in great numbers to any hard surface, clogging water pipes, damaging ships and boats, and competing with native mussels for food. An ongoing program to eradicate them from the Great Lakes has cost public and private entities a total of $100 million.

And then there are invasive plants like cheatgrass. They spread quickly and take over an environment by crowding out native plants, often causing major problems, as was the case with kudzu, also known as “the vine that ate the South.” Kudzu was intentionally introduced in 1876, when southern farmers were given free seedlings and workers were paid by the acre to plant the “miracle vine” to nourish the soil with nitrogen and prevent further erosion of the bare, red clay earth found in Georgia and other Southern states. More than one million acres were cultivated.

What they never counted on was its monstrous rate of growth—the vine grows as much as a foot a day and can get to be as long as 100 feet. The vines were soon out of control, completely covering and often killing other plants and trees by blocking sunlight. They even enveloped buildings and farming equipment.

Today, kudzu is common throughout the southeastern United States. The U.S. Forest Service estimates that it spreads at about 2,500 acres per year, although other estimates are much higher. It is not completely worthless since it can be used as feed for livestock, but it cannot be baled or preserved for wintertime feed, making it of negligible value over the long term.

Recognizing the dangers of invasive plants and animals, a number of government efforts have attempted to curtail one of the largest causes of the spread of seeds, eggs, spores and other matter: ship ballast water. Ships take on ballast water at one port to keep them stable after cargo is unloaded, then empty the water when new cargo is taken on at another port. As this can be on another region or on another continent, such disposal of untreated water has led to the transportation and spread of countless species across the planet. “Today, shipping moves 80% of the world’s commodities and, as a result, three to five billion tons of ballast water is transferred internationally every year,” said Captain Andrew Kinsey, senior marine risk consultant at Allianz Global Corporate & Specialty.

While ballast water is critical to the safe and efficient operation of ships, he said, “the discharge of ballast water in ports around the globe poses a tremendous ecological risk of introduction of invasive species.” Indeed, the Environmental Protection Agency considers aquatic invasive species to be the second greatest threat to biological diversity, ranking just below habitat loss.

Because of the danger, the United States passed the National Invasive Species Act in 1996. The law was enacted to prevent the introduction and spread of aquatic invasive species like zebra mussels, primarily focusing on ballast water management. Subsequent regulations have also been enacted to further curtail the transport of organisms through ballast water, most notably those imposed by the International Marine Organization (IMO) and the United States Coast Guard (USCG).

The IMO’s Ballast Water Management Convention was adopted in 2004 and went into force in September 2017. Under the convention, ships must carry a ballast water record book and an international management certificate, and follow new ballast water management standards that will be phased in over a period of time. As an intermediate solution, ships are allowed to exchange ballast water mid-ocean, but eventually, most ships will need to install an on-board water treatment system.

Controlling invasive plants requires the right techniques, time and commitment. While cheatgrass can be contained mechanically, biologically, chemically, or through controlled burns, the best results usually come from a combination of some or all of these techniques and can take years be successful.

For kudzu, a systemic herbicide applied directly to the plant can be especially effective when used with other means such as cutting or mowing. It can still take up to 10 years of monitoring to make sure the plant does not return, according the U.S. Department of Agriculture. The agency has also experimented with a fungus-based spray herbicide that it has found works quickly on the vine with minimal effect on other nearby woody plants.

While eradication of invasives can be a tall order, there have been some successes. For example, areas in New York have had to combat phragmites, a perennial grass that grows in waterways, marinas and ditches and has taken over some coastal marsh areas of the Hudson River. Because of its thick root system, the tall reed has overpowered native plants like cattails and displaced a number of mammals and birds that depend on those native plants.

Phragmites has also been linked to increased fire risk, according to Swiss Re, and can burn at a rate of one to three football fields a minute. In Staten Island, U.S. government officials have issued a fire protection plan that requires residents of high-risk areas near the shore to use flame-resistant materials for new roofs, decks and fences and mow phragmites around houses and buildings.

After several years, eradication efforts have been successful, however, on Iona Island on the Hudson River where they have used a blend of techniques including black mylar cover and herbicides, said Glenn Sungela, a member of the Rockland County Environmental Management Council and partner with the Lower Hudson Partnership for Regional Invasive Species Management. There have been some similar victories over the grass in the New Jersey Meadowlands.

Other areas have had to turn to more creative solutions to their invasive plant problems. For example, the New York town of Pound Ridge has been waging a lengthy battle against invasive Japanese knotweed. The plant was intentionally introduced to the area by Fredrick Law Olmstead in the 1880s to stop soil erosion along New York parkways. The plant spreads quickly, however, and its strong stems and roots even allow it to push through roads and concrete foundations, potentially causing significant structural damage.

When the town realized that its extensive eradication process had not made a dent in the problem, it decided to call in reinforcements. As part of a three-year, anti-invasive program, sponsored by the Pound Ridge Land Conservancy and The Invasive Project-Pound Ridge, the town brings in goats from a nearby farm in Rhinebeck, New York to eat their fill of Japanese knotweed. From June to October, the animals reportedly go through up to 80 pounds of knotweed every day. The project not only helps control the plant’s spread, but just as importantly, raises awareness in the community of the invasive species threat.