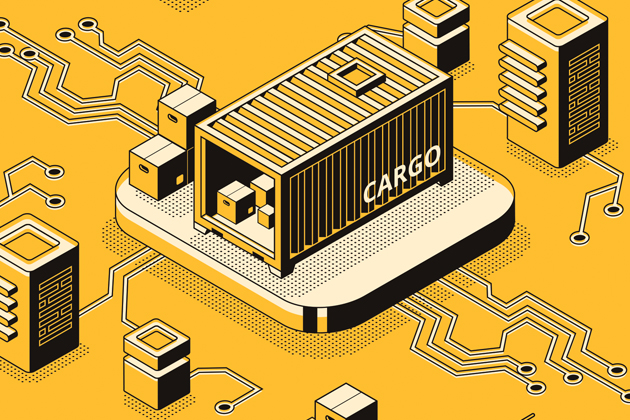 Last year, a series of foodborne illness outbreaks—including E. coli in romaine lettuce and Salmonella in eggs, breakfast cereals, raw turkey and other products—sickened hundreds of people in the United States and caused costly recalls. In response, Walmart announced in late September 2018 that it had asked suppliers of leafy green vegetables to begin implementing blockchain technology to trace their products back to the farm. The retailer had started working with IBM earlier in the year to implement the technology as part of a food safety effort. One month later, French retail giant Carrefour Group announced it would be applying the same IBM blockchain technology to track its supply chains for chickens, eggs and tomatoes, with plans to eventually deploy it across all fresh product lines.

Walmart said that with traditional paper-based ledgers typically used at many farms, packing houses and warehouses, it can take them up to seven days to track where a product came from. By applying blockchain technology, companies should be able to identify the source of contamination or other issue almost immediately. Down the line, Walmart anticipates that customers will be able to scan bags of salad and know its exact origin, potentially offering greater peace of mind.

Bühler Group, a provider of grain processing machinery used on an estimated 65% of the world’s grain and 70% of its chocolate, is also implementing blockchain technology. Now in the pilot phase, the initiative aims to provide customers—grain, flour, rice and corn millers—with greater transparency about the origins of the grains they are purchasing. As consumers have become more cognizant about the source of their food, digitizing the food safety process reduces reputation and legal risk for Bühler and other participants in the supply chain, such as farmers, haulers and shopkeepers, allowing them to quickly identify and isolate sources of contamination.

Nearly one in 10 people become ill from contaminated food annually, and approximately 420,000 die as a result, according to the World Health Organization. Unsafe food also reduces productivity in low- and middle-income countries by an estimated $95 billion or more every year. With so much at stake, it is clear why more and more companies are turning to blockchain technology to help manage their supply chain risks. For companies with lengthy supply chains that span many suppliers, this application of the technology is very attractive because it provides a highly secure and time-stamped record that is easily accessible to relevant parties and quickly auditable, ultimately helping to reduce the impact of food-borne illnesses and the scope of food recalls.

Proponents have touted blockchain technology’s potential for years. Initially used for cryptocurrencies like bitcoin, a blockchain is a progression of data blocks approved by consensus and cryptographically recorded in digital ledgers held simultaneously by every participant. The chain becomes increasingly immutable as more users participate.

Supply chains would appear to be a prime candidate to use immutable records given their many risks, including counterfeit components, contamination, missing documentation, shipping delays and payment mistakes, which can result in cost overruns and potentially damaged brands. In fact, when IBM started exploring blockchain’s capabilities more than four years ago, it initially decided to focus on finance and supply chain, the areas it saw as benefiting most from the technology.

The tech giant’s decision to focus on supply chain was based on a “very simple intuition,” according to Ramesh Gopinath, vice president of blockchain solutions at IBM. He noted that goods traveling up the supply chain, payments flowing down, and information like purchase orders and certificates of origin flowing back and forth all create inefficiencies that the “trusted information-sharing” provided by blockchain could resolve.

Many blockchain solutions used in supply chain networks today tend to have a common feature: The participants already know each other. Food producer Certified Origins, for example, has implemented Oracle’s blockchain solution to ensure that counterfeit olive oil is not introduced into a supply chain that stretches from the farmers growing the olives to companies distributing the bottled oil. Similarly, Circulor uses the technology to prevent unethically sourced minerals from passing through the mining supply chain used by manufacturers of consumer electronics and electric vehicles.

The structure of such arrangements can vary by company. According to Frank Xiong, group vice president of blockchain development at Oracle, Certified Origins essentially runs its blockchain network. Another customer, CargoSmart, which manages shipment containers, instead has a consortium of ships, ports and business ecosystem participants in its blockchain. Decisions concerning the network are made collectively. Its goal is to simplify the shipping documentation process and reduce the risk of delays.

“Whether it is the enterprise-owner or consortium model, they’re already in that business so they know the relevant parties and the links in the supply chain,” Xiong said. Those supply chain members’ familiarity with one another and the expectation that the blockchain will increase efficiency and reduce risk all facilitate the understanding and implementation of the digital ledgers, he said.

Large manufacturers, however, may not know their full network of suppliers. In industries such as aerospace, supply chain traceability has become paramount, said Andrew Stevens, research director in Gartner’s supply chain technology group. Depending on the level of traceability a company seeks, it may need to connect suppliers going back three or more levels. But for a traceability solution to be completely transparent and mitigate all elements of risk in food products, he said, it would have to extend across all the levels of suppliers and the broader downstream supply-chain transactions. “I think companies have to look at the broader technology landscape and, in light of their current objectives, ask where there are other solutions that could fulfill their requirements today, which perhaps blockchain is only purporting to deliver at a certain level at this moment,” Stevens added.

Blockchain is relatively new technology, but many companies exploring its potential are finding that its strength often lies in enhancing existing technology. To help its corporate customers determine when and how blockchain is appropriate, enterprise software provider SAP set up the Blockchain Consortium and Co-Innovation Program nearly two years ago. It formalizes consortiums in three areas: consumer products, agriculture and retail; pharmaceutical and life sciences; and high tech. The consortiums provide SAP customers with a platform to hash out needs and priorities, and they too have concluded that blockchain’s initial focus should be in the supply chain and financial functions—areas where the technology provider already provides software solutions widely used by global companies.

The Co-Innovation programs support proof-of-concept tests to gather customer feedback and eventually build a standard ­product to bring to market. The first such tool, launched in December 2018, helps pharmaceutical companies authenticate product origins before they are resold, a requirement the Federal Drug Administration will impose starting in November. A farm-to-consumer product is also in the works.

SAP already provides supply chain-related software, such as SAP Global Track and Trace and SAP Global Batch Traceability. Blockchain will be incorporated into these standard products to make supply chains more transparent and further streamline inter-company collaboration. “We’re augmenting these solutions with blockchain so all the different supply-chain participants have visibility, and it’s not restricted to just one company knowing where the products are,” said Ganesh Wadawadigi, SAP’s chief solution owner for blockchain technology for supply chains.

Ultimately, when appropriate, data collected by these existing SAP applications, and potentially also non-SAP applications, will be fed into the blockchain to be made more broadly available across the supply chain through a common user interface.

“In case of food quality issues, a manufacturer can look upstream and downstream to see where a product may need to be quarantined,” Wadawadigi said. “Blockchain takes visibility and trust to a higher level whereby you can start sharing information and orchestrating business processes across companies more efficiently.”

While some giants like Walmart, Carrefour and Bühler are implementing blockchain technology throughout their supply chains, some experts believe that companies still have a way to go before they can effectively implement it on a broader scale.

In fact, one of the biggest risks today may be rushing too quickly to implement the technology. Gartner research suggests the initial momentum pushing blockchain adoption has slowed as companies re-evaluate where the technology fits into their strategic roadmap and generate a more realistic view of where and how the technology can be most useful. Although there are abundant pilots, learning, exploration and development, “at this moment in time, we’re not observing any robust and scalable value propositions in blockchain being applied in supply chains,” Stevens said. “We talk about a five-to-10-year planning horizon in terms of accelerating the true value and positioning for blockchain as it applies to the supply chain.”

Early on, organizations placed a priority on demonstrating they had a blockchain initiative, Stevens said. More recently, their analysis has extended beyond applying the technology to include issues like governance, management and culture. They have also realized that, while the technology’s prospects are highly positive, there are complex and still-developing issues to be considered. As a result, companies have slowed down to figure out how to apply it most effectively for their specific circumstances.

For example, many fresh food and pharmaceutical products must be refrigerated to avoid spoilage, so it is not only important to digitally track the exchange of goods and payments between parties in the supply chain, but also the physical state of those goods, such as the temperature at which the goods are transported. Xiong said that Oracle’s cloud solution can integrate technologies such as internet of things and blockchain to record the storage temperature of pharmaceutical products in a haulage portion of the supply chain.

“All these events are logged and become a permanent record, so whoever receives the items can check the record to see if a vaccine still meets qualifications or should be rejected because the shipment has crossed a safety threshold,” he said.

Bühler anticipates going a step further by connecting three of its existing food safety technology systems to Microsoft Azure’s cloud service, where their results will be recorded on a blockchain. These systems are designed to reduce microbial contamination in dry goods, establish a constant production flow, and improve efficiency and yield as well as traceability and transparency. The company anticipates that, in a matter of seconds rather than days, its customers will be able to see whether a food ingredient has been properly processed. It is now exploring the next steps and will most likely focus on small subsets of its supply chain because of the highly fragmented, complex stakeholders in the agricultural and food industries.

Bühler’s decision to implement the technology in smaller steps fits into the paradigm Gartner sees unfolding. “We’re seeing a lot about blockchain’s potential in supply chains in terms of its complimentary nature, working in combination with or augmenting either innovative technology solutions or perhaps more established ones,” Stevens said. “Depending on the company, the supply chain it is working across and its specific objectives, there may well be opportunities in the future, once those other technologies are deployed, for blockchain to act in a complimentary manner.”
John Hintze is a New Jersey-based freelance writer.