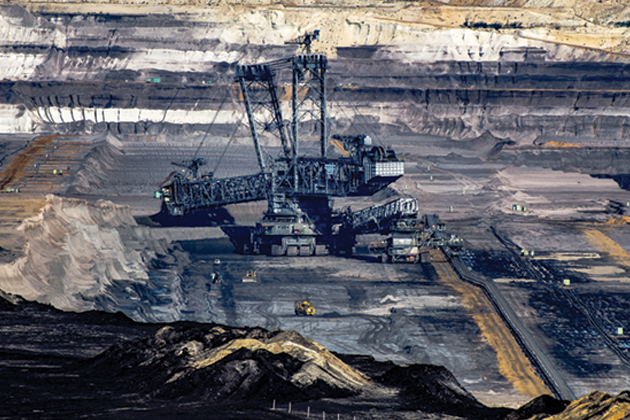 As man-made climate change accelerates, risks increase around the world for people and businesses alike. With projections showing current emissions and other factors warming the earth by 3 degrees Celsius by the year 2100, things will likely get much worse without serious action from a vast range of entities. And according to the International Energy Agency (IEA), coal is a significant contributor to climate change, making up nearly half (44%) of all energy-based emissions. Indeed, to limit global warming to 1.5 degrees Celsius, the United Nation’s Intergovernmental Panel on Climate Change has reported that 59% of worldwide coal power must be phased out by 2030 and reduced to nearly zero by 2050.

While global demand for coal has been dropping since 2011, it rose in 2017 and 2018, buoyed by growing industrialization and the need for electricity in South and Southeast Asia, where coal is still cheaper than more environmentally friendly alternatives.

According to the IEA, the result has been a surge in global emissions from energy use, which grew 1.7% and reached a record high of 33.1 billion tons in 2018. Existing coal-fired plants accounted for 10 billion tons of that, and almost 800 new coal-fired power plants are currently in planning or construction around the world.

But businesses, especially those in or depending on extractive industries, are now facing pressure to curtail their activities from an unexpected source: the insurance companies that cover their construction and ongoing operations.

A growing number of insurers are focusing on mitigating climate risk, a threat that could have serious consequences for the entire insurance industry. Insurers are already facing record catastrophe losses that have been attributed to the effects of climate change. According to Swiss Re, natural disasters caused a combined $219 billion in insured losses in 2017 and 2018—the highest ever for a two-year period. Increasingly, insurers see sustainable energy sources as a better investment, both to stem climate risk and to divert their money toward more viable, long-term options. Now, many are also eyeing their coverage of clients who either produce or rely heavily on coal, since disincentivizing coal-based energy production could have a huge effect on global emissions.

Insurers can have a significant influence on companies that produce energy via coal as every stage of coal extraction and energy production, including its infrastructure, relies heavily on insurance coverage. According to advocacy group Insuring Coal No More, “Without their coverage of the numerous natural, technical, commercial and political risks of coal projects, new coal mines and power plants could not be built and existing operations would have to shut down.” Additionally, carriers pulling their coverage could make it more expensive to insure coal with those that do, which could incentivize energy companies to rely on it less.

At the United Nations Climate Action Summit in September, 87 major companies—totaling over $2.3 trillion in market capitalization, and including several major insurance companies like Zurich, Swiss Re and Allianz—announced plans to sign the 1.5 Degrees Celsius Pledge, which obligates companies to set science-based emissions targets low enough to keep global warming within 1.5 degrees Celsius. Signatories pledged to make their investments carbon-neutral by 2050 (hitting lower benchmarks sooner), and to pressure their clients to move towards more sustainable and less harmful practices. If their efforts to influence clients are unsuccessful, the companies stated that total divestment would be a last resort option.

Some individual insurers are taking more aggressive action to cut their ties to coal and reduce their risk from climate change. In May 2018, Allianz announced that it would gradually phase out all financing of coal-based businesses by 2040 and switch those investments to renewable energy. Additionally, the company stopped providing property and casualty insurance to planned or operational coal-fired power plants and coal mines. Allianz cited both the moral imperative to prevent climate change and responsible long-term investing as motives for the move.

Furthering its previous efforts to limit coal investments, Zurich announced in June that it would no longer underwrite or invest in companies that generate more than 30% of their revenue from mining thermal coal, extracting oil from oil sands or mining oil shale, or that obtain 30% of their electricity from oil shale. Zurich was also the first insurer to sign the 1.5 Degrees Celsius Pledge.

And in July, Chubb announced that it would no longer “underwrite risks related to the construction and operation of new coal-fired plants,” with limited exceptions until 2020. The insurer also plans to stop underwriting new risks for companies that derive 30% of revenue from thermal coal mining or that generate more than 30% of their energy from coal. By 2022, it will entirely stop underwriting existing risks over those thresholds. Chubb also said it will engage with customers to strategize ways to stop using coal. Another U.S. insurer, AXIS Capital Holdings, stated in October that it would not provide new insurance for thermal coal plants and mines, and set the same 30% bar for covering companies that generate revenue from thermal coal and coal mining.

On the state level in the United States, some smaller insurance companies have made similar moves after governmental pressure. In 2016, for example, California began requiring insurers with more than $100 million in annual premiums to disclose all fossil fuel investments, posting this information on the state’s Department of Insurance website. In 2018, the state set an additional target of operating on completely carbon-free electricity by 2045, requiring 60% renewable energy use statewide by 2030, all new houses to have solar power by 2020 and all commercial buildings to have solar power by 2025. These measures have prompted 123 insurers to divest some or all of their investments in coal, and 621 California insurers have reported that their investments already have no coal exposure.

But Chubb is a notable exception among larger U.S. insurers as many are still willing to cover coal-based energy production. It is easy to see why they are resisting the switch—insuring coal-based energy production and the processes around it remains incredibly profitable. According to one estimate, premiums from worldwide coal power insurance may have been as high as $4 billion in 2017, while premiums for coal mining and transportation bumped that figure up to a total of approximately $6 billion per year. “As extant sustainability principles are not mandatory and due diligence is associated with information costs for stakeholders...there are no strong incentives for insurance companies to free their balance sheets of carbon exposure,” said Alexander Braun, a visiting scholar at the University of Pennsylvania’s Wharton Risk Center.

However, that may soon change. According to Michael Mehling, deputy director of the Center for Energy and Environmental Policy Research at MIT, many U.S. energy sector actors, insurers and investors have been waiting for a solution to climate change to emerge or for domestic politics to decrease the pressure to change climate policies, but this stance will likely shift as climate change’s effects and public pressure gain momentum. “You’ve got to really balance short-term profitability in returns on investment with what people are saying is a complete paradigm shift that’s going to affect them,” Mehling said. Spurred by the increasing scope and frequency of environmental disasters and mounting political pressure (from the nationwide Climate Strike protests in September, for example), urgency around climate change in the United States is growing. He added, “In the U.S., I wouldn’t be surprised if that shift occurs in the next few years.”

Mehling also thinks that insurance companies are uniquely positioned to be a “canary in the coal mine” (no pun intended) and warn of the risks of investing in coal-based energy production. “They have the most sophisticated ways of identifying and quantifying risk, and if insurers warn that progressing climate change will make it more difficult, if not even impossible, to insure against certain risks, that has an effect and impact,” he said. He added that more insurers are seeing that “any capital investment that cannot return on its investment in 30 years is probably right now a bad investment.”

By moving away from coal, insurers can have a big impact on slowing climate change, Braun said, emphasizing the enormous amount of capital the industry wields and the pressure it can exert on carbon emitters. “If it gets harder and much more expensive to insure coal plants, these businesses will become unattractive quite rapidly,” he explained. “With enough commitment, a major advance by the insurance industry could still come at the right time.”