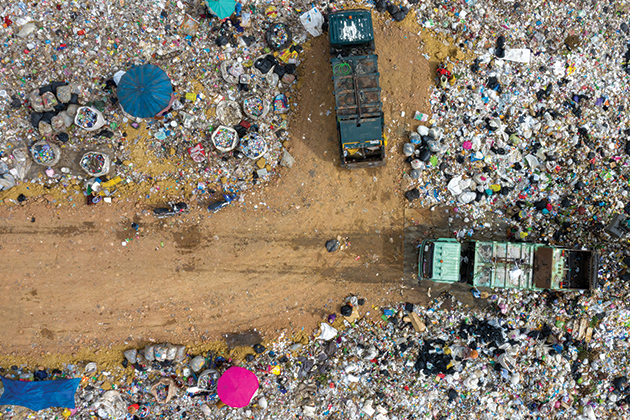 Polyfluoroalkyl substances (PFAS) may pose the single greatest environmental liability risk to companies today. Used in a wide variety of products including firefighting foam, Teflon, shoes, carpets and clothing, these manmade chemicals travel quickly and persist in groundwater. They require complex and expensive remediation and do not degrade, leading many to refer to them as “forever chemicals.”

PFAS are now a major remediation target at the federal, state and local level, and have increasingly become the subject of private party litigation, particularly over the past two years. Much of this litigation has been against PFAS manufacturers. In February, for example, the Pennsylvania-American Water Company, which controls 67 public water systems and over 100 groundwater wells, sued PFAS manufacturers. In 2020, Michigan’s attorney general sued 17 companies for PFAS groundwater contamination, and the New Jersey Department of Environmental Protection sued two PFAS manufacturers located in the state. The water district in Orange County, California, filed suit in December against PFAS manufacturers, alleging that its PFAS cleanup costs will exceed $1 billion.

Manufacturers are not the only targets. For example, Alabama municipal water and sewer authorities have sued over 30 rug mills. In Michigan, footwear company Wolverine Worldwide paid $69.5 million to settle PFAS claims, and a suit in Wisconsin involving firefighting foam settled for $17.5 million.

In 1973, the insurance industry added a qualified pollution exclusion to the general liability policy that foreclosed pollution coverage unless the pollutant discharge was “sudden and accidental.” Courts differ on what “sudden and accidental” means. In some states, courts have applied a temporal meaning to the term, so coverage may not exist under policies in effect from 1973 to 1986 unless the pollution was triggered by a “boom event.” Other states have held that “sudden and accidental” is just a restatement of “unintended and unexpected.” In those states, coverage may exist for PFAS contamination under general liability policies in effect until 1986.

The pollution exclusion raises two issues for companies seeking coverage for PFAS liability under historic general liability policies. First, how does a company find these old policies? Second, how does it date the contamination?

Occasionally, a company or its insurance broker will have the relevant records on hand. If not, many companies turn to “insurance archaeologists”—specialists in finding old insurance policies. Insurance archaeologists are often a reasonable investment in light of the potentially staggering costs of PFAS cleanup. A company need not have its actual insurance policy to establish coverage. If necessary, it can rely on secondary evidence, and sometimes it takes surprisingly little secondary evidence to prove the existence and terms and conditions of a policy.

Dating PFAS groundwater pollution to before either 1986 or 1973 can be challenging but not impossible. Often, operational history will establish when a company used PFAS at its facility. Otherwise, a company may need to rely on a consultant. One way of dating is by establishing how far a groundwater plume has traveled, and then calculating how far the plume advanced each year. For other chemical pollutants, consultants often measure the breakdown of the chemical into its constituent parts. This is less effective for PFAS, however, because they only imperceptibly degrade.

A company facing PFAS exposure should act quickly to preserve its insurance rights. First, it should determine whether it is possible that the contamination started prior to 1986. If so, the company should immediately give notice to any pre-1986 insurance companies of which it has knowledge. Notice is a critical first step—in some states, late notice for policies applicable to PFAS might foreclose coverage as a matter of law.

A company should not wait until it is sued to provide notice. Insurance coverage can be triggered by regulatory or administrative actions, and even voluntary cleanups—a suit does not have to be filed against the policyholder. Companies should give notice as soon as they learn that they may be liable for PFAS cleanup.

Companies should also analyze which state’s law will apply to insurance coverage for its PFAS exposure. State law determines coverage, and each of the 50 states differs on key insurance coverage issues. The issue of which state’s law applies can be hotly contested. In some states, the law that controls is that of the state where the hazardous waste site is located, while in other states, this is determined by the policyholder’s principal place of business or the state in which it received the policy.

Once it gives notice, a company can expect a denial or a reservation of rights from its insurer. The company should then consider whether it is worthwhile to pursue the matter further. What will it gain by pressing the insurer for coverage? What will it cost to do so? The company should respond strongly to any factual or legal arguments the insurer presents. The policyholder has a duty to cooperate, and should do so, providing the insurer with any information or documents that it requests (within reason). That may help the insurer pursue its reinsurance.

In some cases, a company may find it necessary to sue its insurance companies to obtain a favorable forum. In one case, a Texas company was responsible for a site cleanup in New Jersey. A New Jersey court would apply New Jersey law, under which coverage would exist. A Texas court would apply Texas law, under which coverage would not exist. The insurance company sued its policyholder in Texas, and the company lost coverage.

PFAS liability can be massive. Under the Biden administration, many expect the EPA will aggressively pursue PFAS cleanups. Thus, companies should look to valuable old general liability policies to ameliorate this exposure.

Robert D. Chesler is a shareholder in Anderson Kill's New Jersey office and represents policyholders in a broad variety of coverage claims against their insurers and advises companies with respect to their insurance programs.
Robert M. Horkovich is managing partner in Anderson Kill’s New York office and chair of the firm’s insurance recovery group. He is a trial lawyer who has obtained more than $5 billion in settlements and judgments for policyholders from insurance companies.