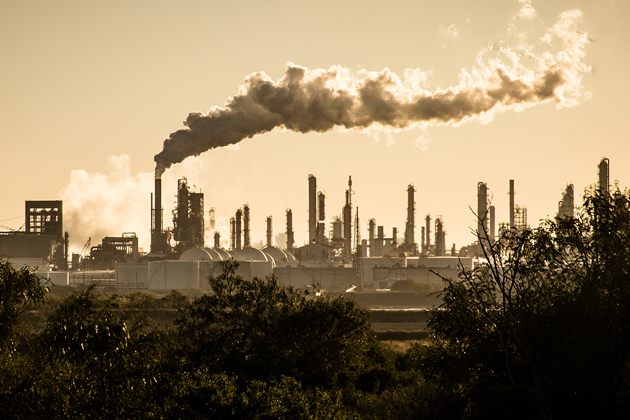 Historically, the common law tort of public nuisance aimed to uphold community morals and address public health violations. Now, public nuisance has emerged as a central cause of action in some of the largest environmental and non-environmental claims facing the insurance industry, raising compelling coverage issues.

Public nuisance litigation has been used in recent times to achieve massive verdicts and settlements stemming from the public’s use of lawful products. The modern wave of nuisance litigation began with claims brought against the tobacco industry, culminating in a $246 billion settlement. In just one of the over 3,000 opioid public nuisance cases winding through the courts, an Oklahoma court in 2019 entered a $465 million judgment against Johnson & Johnson, and three of the many opioid defendants have publicly disclosed current attempts to reach a $26 billion settlement with certain states. Other pending public nuisance claims address issues as disparate as vaping, COVID-19, Roundup weedkiller, talc and climate change.

Indeed, in courts from New York to Honolulu, plaintiffs are currently pursuing at least 20 public nuisance claims against the giants of the fossil fuel industry, alleging that they are responsible for the almost incalculable costs of addressing climate change. The first of these lawsuits was filed in California state court in July 2017, and the most recent was filed in Maryland, in February, 2021. The plaintiffs are principally state and local governments that generally allege that the defendants’ fossil fuel products create a public nuisance by releasing greenhouse gases into the air, leading to climate change, which injures people and damages property. With increasing frequency, plaintiffs also allege that the fossil fuel companies’ actions violate state consumer protection laws.

A public nuisance can arise when a product is so harmful to people or the environment that the seriousness of the harm outweighs the product’s social utility. In some jurisdictions, the plaintiffs maintain that they can prevail even if the defendant was unaware that its product was causing harm. Plaintiffs often claim that public nuisance defendants have concealed or misled the public about the environmental hazards associated with the use of their products, which makes for a compelling story and may support other causes of action or exemplary damages. But it is the potential ability of the claim to proceed in the absence of actual knowledge and causation—combined with the colossal cost of prophylactic measures to prevent or mitigate damage created by the use of some commonly-used products—that appears to make the public nuisance cause of action particularly appealing to the plaintiffs’ bar.

Depending on the specific facts of the case and the applicable law, a threshold issue under a typical commercial liability policy may be whether the case seeks potentially covered “damages” to compensate for injury or damage sustained. The plaintiffs in public nuisance litigation, however, often seek abatement funds to prevent or address future damages or injuries, such as costs to build sea walls or funds to pay for public services to combat the opioid epidemic. Such abatement funds may not constitute covered damages. Similarly, restitution or disgorgement of allegedly ill-gotten proceeds usually are not considered damages.

Even if a public nuisance lawsuit is deemed to seek “damages,” as that term is understood in the context of liability insurance, the question typically becomes whether those damages are “because of” or “for” bodily injury or property damage. This may depend on, among other things, whether the amounts sought are prophylactic, to prevent future injury or damage, or remedial, to address past injury or damage. Where public nuisance plaintiffs seek funding to prevent property damage or bodily injury that has not yet happened, or to address it if it may happen in the future, that funding may not be because of bodily injury or property damage. In addition, because a municipality itself cannot suffer “bodily injury,” lawsuits brought by government actors seeking administrative costs to remedy a public nuisance may lack the requisite nexus to trigger coverage under a typical CGL policy.

A question also arises as to whether public nuisance litigation alleges an “occurrence,” typically defined as an accident. An occurrence generally exists if the insured did not act intentionally and did not expect or intend the resulting damage or injury. Many of the public nuisance complaints pending today, however, assert that the defendants not only acted with knowledge that harm would result, but even went so far as to conceal that knowledge to keep products on the market and increase profits. Timing of the defendants’ knowledge could be a critical factor in determining whether an occurrence exists under successive policies. In a scenario where the insured continues to act after it understands the consequences of its actions, only earlier policies may be implicated.

Public nuisance lawsuits also present a twist on the common question as to whether any “property damage” or “bodily injury” at issue took place during the policy period. When a plaintiff seeks an abatement fund to prevent or address damages that could happen in the future, the parties to an insurance policy may disagree regarding when—to the extent the fund constitutes damage “because of” bodily injury or property damage—that alleged injury or damage took place. Risk managers should also be aware that certain industry groups have become the target of public nuisance litigation not solely because their products allegedly cause harm, but because these groups allegedly acted to mislead the public for their own financial gains. Such litigation potentially could be forestalled if risk managers work to ensure that appropriate disclosures are made to the public as well as to the company’s shareholders.