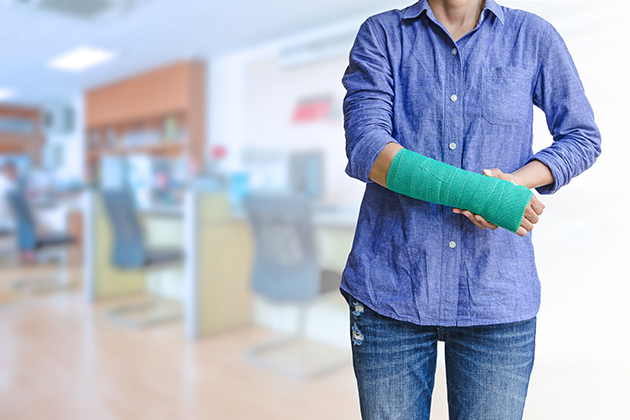 No employer wants to find themselves in the midst of a workers compensation matter, especially when the employee in question was injured through no fault of the employer. Employers in California can subrogate to recover in third party injury claims, but when the time comes to mediate or settle, many employers are shocked to find out that a different party may threaten their ability to recover.

This problem starts with California’s notoriously employee-friendly workers compensation rules, which requires employers to pay for employees’ medical treatment if they are hurt on the job. This holds true even in cases where the employer is not at fault and injuries were caused by a negligent third party.

Fortunately, California also gives businesses or their workers compensation carriers the right to subrogate against those negligent third parties to recover any benefits they might have paid to injured workers. Through additional litigation, employers can seek reimbursement for these paid benefits that were made on behalf of an injured employee.

Subrogation, however, does not always guarantee a tidy conclusion to a workers compensation matter. Third party injury claims are more frequently being complicated by loss of consortium claims—claims asserted by the partner of an injured worker seeking damages related to loss of enjoyment in the relationship. While loss of consortium claims have historically been employed in catastrophic injury cases, they are now coming into play in much smaller cases, such as minor car injuries. For example, in a recent case, an injured worker sustained a significant injury as a result of a rear-end impact. His injuries greatly exceeded the minimum available policy limits of $15,000.00. The injured worker then argued that he was entitled to a $5,000 and his spouse was entitled to an additional $5,000. A workers compensation subrogation lawsuit was filed thereby preempting the injured worker’s (and derivatively, his spouse) right to first recovery. This placed the workers compensation carrier to recover first from the $15,000 available policy limits.

This trend has caught numerous subrogors off guard when they discover that the loss of consortium claimant is demanding the subrogor’s damages be reduced to account for the additional plaintiffs seeking a cut of the settlement. The injured worker’s spouse may assert that they are entitled to a separate recovery of the settlement funds, completely free from the subrogor.

This is not completely out of left field—the California Labor Code states that the subrogor’s right to reimbursement stems from damages paid on behalf of the injured worker only. A subrogor has no standing to assert a lien or credit against anyone but the injured employee. As a result, a loss of consortium claimant can substantially affect a subrogor’s entitlement to reimbursement of its lien, and even possibly its right to credit in front of the Workers Compensation Appeals Board (WCAB) if the underlying workers compensation claim is still active.

Furthermore, some plaintiffs will intentionally structure their settlement agreements unevenly, diverting all settlement funds to the spouse, rather than the injured worker, to circumvent an employer’s right to credit. Courts have recognized this as a flagrant attempt to interfere with an employer’s credit entitlement, and subrogors have the option to seek a determination in front of the WCAB. In this situation, an administrative judge can examine the settlement and provide a decision and allocation of a petition for credit.

How Subrogors Can Maximize Recovery

If a loss of consortium claim is threatening the subrogor’s ability to collect their recovery or reimbursement, there are three things the subrogor can do: