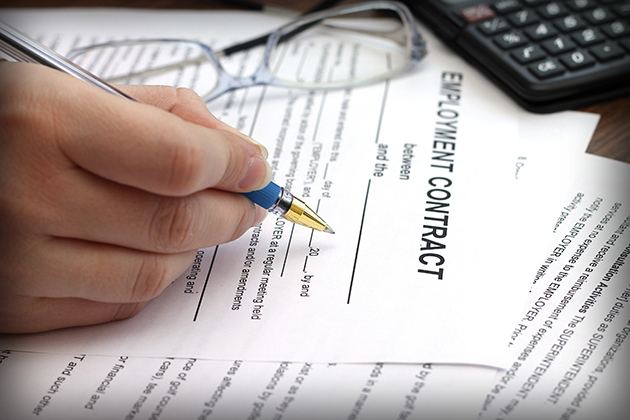 In a divided decision, the 9th Circuit reversed a preliminary injunction that prohibited California from enforcing Assembly Bill 51 (AB 51), a law that banned employers from forcing employees to agree to arbitrating disputes as a condition of employment. AB 1 added section § 432.6 to the state’s Labor Code, codifying this ban.

Before AB 51 became effective January 1, 2020, the plaintiffs (U.S. Chamber of Commerce and other business groups) filed a lawsuit asking the court to declare that AB 51 was preempted by the Federal Arbitration Act (FAA). The plaintiffs filed a motion for preliminary injunction as well as a motion for a temporary restraining order, which was granted on December 30, 2019, two days before the new law was set to take effect. But on September 15, 2021, the 9th Circuit reversed this injunction, finding that AB 51 was not preempted by the FAA, but the FAA preempted the civil and criminal penalties associated with AB 51 if an employer required an arbitration agreement and the employee accepted.

The 9th Circuit’s decision allows Labor Code § 432.6 to take effect. This precludes an employer from requiring an employee, after January 1, 2020, to enter an arbitration agreement as a condition of employment, and from retaliating against any employee or prospective employee for not doing so. The court ruled that § 432.6 is not preempted, but the civil and criminal penalties are, creating uncertainty surrounding the potential liability employers face for violating AB 51, which, in practical effect, likely results in the law's full, continuing viability. As a result, employers should tread carefully in offering or entering into arbitration agreements with employees, and should make painstakingly clear such agreements are purely voluntarily.

The court's decision does not immediately lift the preliminary injunction. Indeed, the court must issue its mandate and remand the case back to the trial court for a determination on the merits in line with the its decision. Further, if this ruling is challenged, whether through a request for rehearing en banc or a petition for certiorari with the U.S. Supreme Court, the mandate will be stayed pending the review.

In the 9th Circuit’s decision, a dissent by Justice Sandra Ikuta called the majority opinion a "bifurcated, half-hearted, and circuit-splitting" opinion aimed at "abetting California in disfavoring arbitration." Some employers hope that the Supreme Court will review this recent decision and the opinions in Justice Ikuta's dissent prevail. Given the issues, the circuit split, and the surprise result on this appeal, it is likely the Supreme Court will review the case.

The trial court had found that § 432.6 improperly treated agreements to arbitrate differently than other contracts, and therefore violated the FAA’s purpose and intent. However, the 9th Circuit found that § 432.6 is not preempted by the FAA, except for civil and criminal liabilities imposed under the law. It held that § 432.6 applied only to the formation of such agreements, but expressly provided for the validity and enforceability of agreements to arbitrate—an important distinction to the majority. The majority further stated that § 432.6 requires that arbitration between the parties be voluntary, but does not create a contract defense that allows for the invalidation or non-enforcement of an agreement to arbitrate. In sum, the court found that § 432.6 "does not make invalid or unenforceable any agreement to arbitrate even if such an agreement is consummated on violation of statue." This decision also creates a split among the federal courts of appeal with the 1st Circuit and the 4th Circuit, which held that the FAA preempted similar laws.

Civil and Criminal Penalties Imposed Under AB 51 Preempted by FAA

In its reading of AB 51, the 9th Circuit ruled that the civil and criminal penalties called for did pose an obstacle to the purposes and objectives of the FAA. Therefore, these sections of the law are preempted by the FAA, but only under specific circumstances.   The majority's bifurcated finding thus, in effect, validated the law, but materially eliminated any consequences for its violation in most (but not all) circumstances, as discussed below.

Thus, under the majority's opinion, there remain multiple scenarios in which the civil and criminal penalties are not preempted. For instance, if arbitration is offered, but an employee refuses to enter that agreement, the penalties are not preempted and an employee could file suit claiming arbitration was “required,” and seek the penalties.  Emphasizing the voluntary nature of the agreement is thus, as mentioned, imperative.

Even where AB 51’s criminal and civil penalties are preempted, § 432.6 still opens employers that continue to offer arbitration agreements up to potential claims on various fronts. For instance, the law and ruling allow claims for purely injunctive relief, which, if successful, would require an employer to pay an employee's attorneys' fees. Thus, potential class claims for injunctive relief with significant fee exposure remain.
Dana Ring is a partner at Wood, Smith, Henning & Berman LLP.
Ahllam Berri is an associate at Wood, Smith, Henning & Berman LLP.