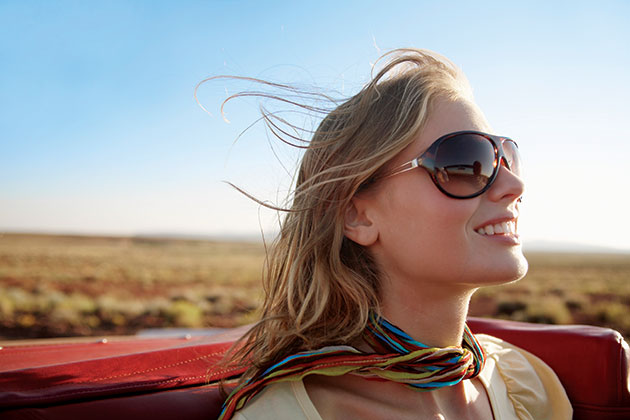 According to many experts, the insurance industry as a whole has been the only financial services-based industry that actually performed well throughout the economic crisis. "The crisis was proof of the resilience of the global insurance industry," said Thomas Hess, chief economist at Swiss Re. "Insurance and reinsurance functioned routinely throughout the crisis, even at the peak of this extremely severe financial situation, meeting their claims obligations fully and without delay. Taxpayer support, as far as insurers were concerned, was confined to very few companies, and was almost entirely due to the banking-type operations of these companies."

But this does not mean that the industry has not been affected by the financial crisis. The recession has created many difficulties for property/casualty insurers. Low interest rates and a year and a half of stock market losses have resulted in a substantial decrease in investment income. Analysts at Fitch Ratings projected a $5.4 billion drop in net investment income for the property/casualty industry in 2009 and a $2.7 billion decrease in 2010. These low investment yields, coupled with insurers' reduced ability to raise capital because of tight credit markets and profit pressure from competitive market conditions, led Fitch to give the U.S. property/casualty insurance industry a negative outlook.

The overall picture for the market seems to be following a similar pattern. Fitch estimates that net income for the industry for 2009 will be $22.9 billion, up from only $4.4 billion in 2008, as asset markets recovered somewhat in the second half of 2009 and the aforementioned catastrophe losses were minimal. The combined ratio for the industry is expected to improve from 105% in 2008 to 101% in 2009. Net written premium will be down for the third year in a row, however, and the combined ratio for 2010 is projected to deteriorate once more to 104%.

But according to many experts, including those at Fitch, A.M. Best, Swiss Re and the Insurance Information Institute (III), in our current economic environment of low interest rates and diminished capital markets dragging down investment income, a combined ratio of over 100 means that insurers will be unable to achieve an adequate return on equity relative to their costs of capital. So in order to produce adequate returns, the prevailing wisdom says the combined ratio needs to be approximately 95%.

For many observers this can only mean that prices will have to rise. "Market conditions have only one way to go in 2010-harder and faster," said Lance Ewing, vice president, risk management for Harrah's Entertainment, Inc. "Underwriting margins are razor thin in most lines of coverage and combined with less than stellar investment results and continuing pressure from regulatory and rating agencies, there is going to be a correction sometime in 2010."

While this may be true, the weakened economy has led to reduced demand for insurance and created so much capacity that raising prices may be easier said than done. For example, according to the III, automobile sales are at their lowest point since the 1960s, meaning less auto insurance policies are sold. Housing starts have plummeted an estimated 72% since 2005 to the lowest numbers since recordkeeping began in 1959. And business starts are down 15% in the economic downturn to their lowest point since 1995, which means that most types of commercial insurance exposure have been held back. Meanwhile, bankruptcies have skyrocketed to the highest levels in 30 years, bringing business-related exposures down even further. Essentially there is not enough business to justify raising rates.

But the recession does appear to technically be over--U.S. GDP is starting to see modest growth, the stock market is up, the pace of unemployment is slowing (although a peak in the 10.5% range is expected in 2010) and many industry sectors, including banking, are starting to report quarterly profits.

But real, lasting recovery is anticipated to be a slow process-a U-shaped, flattened growth curve-that could last well into 2011 and beyond. Not only that, recovery will likely be uneven, with some regions growing at a faster rate than others. For instance, plains and mountain states like North Dakota, South Dakota, Wyoming, Colorado and Oklahoma that depend on revenues generated from natural resources and agriculture have seen, and will likely continue to see, more growth than states in the South or East. This trend will affect insurance exposure in those areas.So for now, the soft market shows every sign of continuing into next year. The reduced demand for insurance products and a feeling of lingering economic uncertainty will simply not allow for price increases at this time. The insurers' loss is the insurance buyer's gain.

In fact, the latest (at press time) Market Barometer from MarketSource, seems to back up this assumption. In December of 2009, the composite rate for property/casualty insurance in the United States was down 4%, continuing a trend for the previous year that saw similar rate decreases each month. And while these decreases seem to have stabilized and were certainly better (from the insurers' perspective) than the double-digit drops that characterized most of 2007 and 2008, they were consistent decreases nonetheless, giving little indication that a significant market hardening is coming.
Margins may be as thin as possible right now, but when capacity exceeds demand, insurers have no other choice but to continue the soft market trend if, for no other reason, than to stay competitive with their peers for the business that is out there. "We anticipate a continuing relatively soft casualty market with the majority of insureds seeing flat to low-single-digit rate decreases, mainly due to heavy competition and record levels of capacity," said Anthony DeFelice, national practice leader of Aon Casualty Group. "Reduced exposures due to economic conditions will continue to result in lower premiums for many insureds. Where exposure is reduced dramatically, rate reductions will likely not mirror exposure changes resulting in increased rates."

So since it is unlikely the market will bear higher prices as it struggles through economic recovery, insurers may have to turn elsewhere to boost profits and reduce costs in order to meet this benchmark. This could mean stricter underwriting discipline and more aggressive claims management. "The implication is clear," said Hess. "Low investment yields will force [insurers and] reinsurers to focus on underwriting profitability. This will give companies with a strong combined ratio history a competitive advantage."

The Catastrophe Complication
The wildcard in every insurance forecast is catastrophe losses. With everything else that has been going on in the market, insurers had to be thankful that 2009 was a relatively quiet year for disasters. According to Swiss Re, the total cost to society (economic and insured losses) of natural catastrophes and man-made disasters in 2009 was $52 billion, as opposed to $267 billion in 2008. The year's costliest disaster resulted from winter storm Klaus, which struck France and Spain in January and led to $3.5 billion in insured losses. On the whole, insurance costs by themselves amounted to $24 billion worldwide-about half of the insured losses in 2008.

Even catastrophe-related casualties were significantly lower. In 2008, 240,000 people were killed by catastrophes. But in 2009, the death toll was only 12,000-one of the lowest totals in 20 years. Southeast Asia was hit the hardest when a September earthquake in Indonesia killed more than 1,000 and three typhoons between August and October led to 2,000 deaths in the Philippines and surrounding areas.

The Atlantic hurricane season was also quiet with only nine named storms, three of which became hurricanes-the lowest totals since 1997, according to the III. It was also the first year since 2006 that no hurricanes made landfall in the United States.

A calm 2009 has helped create a stable and, in some cases, favorable, pricing environment for property insurance prices as underwriters attempt to get out in front of increased capacity. "Positive 2009 property loss experience and an improving economic and investment environment are driving the trend toward improving property rates," said Al Tobin, managing director and national practice leader at Aon Property Group. "As always, loss experience, particularly tropical windstorm and critical earthquake, will have the greatest impact on property business in 2010 and beyond. Continued positive industry experience encourages the infusion of additional industry capital and increases in supply or capacity."

But experts caution that vigilance must remain high. "Despite an unusually low hurricane season this year, overall natural catastrophe losses have increased significantly over the past decades and are expected to grow further," said Mattias Weber, a member of Swiss Re's executive board and head of property and specialty.

Winter storm activity, for instance, was actually above average in the first half of 2009. "Hurricanes are just one of many natural disasters insurers must consider when assessing risk," said Dr. Robert Hartwig, economist and president of III. "Wildfires, tornadoes and severe winter storms are a continuous threat, too. Indeed, insurers run their business under the assumption that every day is a potential doomsday-because it is."

Of the 12 most costly disasters in U.S. history, eight have occurred since 2004, according to III. Much of this increase in cost can be attributed to the increase in coastal development in high-risk areas. For instance, ISO Property Claim Services reports that Florida accounted for $57.1 billion, or 19%, of all U.S. insured catastrophe losses from 1980 to 2008. And in 2007, Florida ranked as the state most exposed to hurricane loss with $2.5 trillion at risk, followed by New York ($2.4 trillion), Texas ($895 billion), Massachusetts ($773 billion) and New Jersey ($636 billion).

Today, according to a recent report from the World Wildlife Fund and Allianz, the cost of a Category 4 hurricane in the New York City area could amount to $920 billion alone. This is an extraordinary amount of insured value to be at risk from the unpredictability of nature every year. A major loss such as this will result in a drastic market change almost overnight.

"Profits in an industry like insurance must be seen over the long term," said Hartwig. "A single hurricane or a string of large losses can wipe out insurer profits from previous years-or even decades. And insurers must be prepared to pay for these losses, irrespective of the current economic conditions."