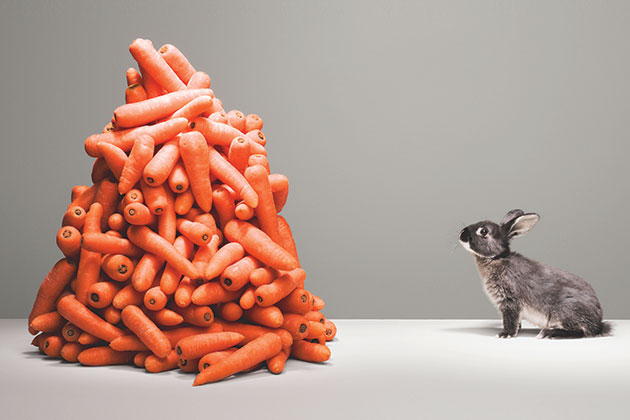 Risk managers can look forward to yet another year of competitive pricing among insurers, creating a favorable market with declining premium rates, as an abundant supply of capacity favors buyers. But while most lines have remained flat or are decreasing, cyber and auto continue to see increases.

According to Fitch Ratings, the outlook for property/casualty insurers in the United States is stable and not likely to change in the next 12 months. “The industry is as competitive as it’s ever been,” said James Auden, managing director of property/casualty insurance at Fitch Ratings. “From a profit perspective, going forward is a continuation of a trend we’ve seen over the past two years—pricing has been declining. It’s been 2014 pricing in most commercial lines.”

From 2013 to 2015, Auden noted, catastrophe losses were less severe. While there were catastrophes in 2016, including flooding in Louisiana, hailstorms in several states and Hurricane Matthew along the East Coast, 2016 was more of a normal year for insured losses from catastrophes, relative to historical norms, he said.

Further contributing to the relatively positive environment for insurance buyers, capital is still strong in the insurance industry. As a result, buyers have more choices in carriers, resulting in more competitive pricing and more creativity when putting policies together. “The same goes for the reinsurance market—there is plenty of reinsurance capacity,” Auden said.

In its 2017 outlook, in fact, Guy Carpenter noted that the reinsurance sector’s continued abundance of capital has led to a focus on attractive price points, product innovation and customized coverage. Heightened competition, however, presents other issues. “The 2017 (re)insurance market will be challenged to offer solutions that utilize increasing amounts of capital effectively in a complex landscape, requiring insurers to be increasingly diligent and responsive to prepare for the uncertainty ahead,” said David Priebe, vice chairman of Guy Carpenter and head of GC Securities.

Capacity has remained abundant despite a wave of insurer consolidations, including the merger of Chubb and ACE, Liberty Mutual’s purchase of Ironshore and Sompo’s purchase of Endurance. Even with fewer insurers left for buyers to choose from, J.D. Power and Associates noted in its 2016 Large Commercial Insurance Study that risk professionals “will have more leverage to negotiate for placement of additional risk and for different options when placing risk.”

In its Marketplace Realities 2017 report, Willis Towers Watson observed that M&As have had a major impact on rates and predicted that property rates will continue to drop. The company urged buyers to “keep taking advantage of what we have seen for the last few years: a buyer’s market with no end in sight.” While some property rates have bottomed out, the report noted, others still have further to go. It predicts decreases in 10 lines including property, aviation and directors & officers; increases in six lines including auto, cyber and employee benefits; and a mix of small increases and decreases in seven lines, including casualty, construction and workers compensation.

One commercial lines segment that remains troublesome for insurers is commercial auto, where capacity is scarce and rates are steadily growing. According to Willis Towers Watson, auto rates are predicted to rise 3% to 10%. For trucking risks, excess auto buffer layers—attachments in excess of $1 million to $5 million and limits of $5 million to $15 million—continue to be challenging.

With claims mounting, insurers have seen underwriting losses for five years straight. “They still haven’t solved the problems and that’s one area where rates are going up,” Auden said. “There are problems with claims severity—more and more large claims. They also have more technologies in vehicles, so when they’re damaged, there is more to fix.”

A greater number of large claims are also going into litigation. “In earnings calls from public companies, comments have been pretty consistent about the severity of commercial auto,” Auden said, adding that distracted drivers pose an increasingly big issue in the auto space. “Everybody has a hand-held device and maybe not looking at the road. It’s a significant issue. Highway fatalities have gone up in the last year and there are also more bus and large vehicle accidents.”

Auto insurance “is not priced properly or underwritten well enough and that is showing through in underwriting losses,” he said. While claims continue to rise, insurers aren’t keeping pace. “Very few companies are making money in commercial auto and more and more are getting hit by these claims trends.”

KBW said that, while it expects flat or slightly lower commercial insurance rates overall as a result of recent adequate results and relatively consistent market shares, the exception is commercial auto, where poor results are driving up rates.

Of the recent rate changes, the most notable coverage classification with ongoing consistent rate increases is commercial auto at plus 3%, said Richard Kerr, CEO of MarketScout. This is a result of insurers’ deteriorating loss ratios due to increases in accident frequency and severity. “Not surprisingly, the most notable industry classification with an ongoing consistent rate increase was transportation, also at plus 3%,” he said, adding this classification includes trucking, hauling, buses, “and most anything with wheels.”

Many underwriters that have long struggled with commercial auto consider it a loss leader, Kerr said. As a result, many continue to write the coverage “only to capture the related casualty lines such as workers compensation, general liability, and excess.”

In its 2017 property-casualty outlook, EY said the U.S. cyber insurance market is worth more than $3.25 billion in gross written premiums, and more than 60 carriers now offer the coverage. EY predicts more rapid growth of cybersecurity insurance to come.

Willis Towers Watson predicted flat to plus 10% rises in cyber premiums for non-point-of-sale (POS) and non-health care organizations. POS and health care companies, however, may see a jump of 15% to more than 20% in premium levels upon renewal.

Despite reduction in capacity by some carriers, however, limits of $350 to $400 million are readily available in the marketplace, as buyers are gaining more understanding of cyberrisk and the coverages they need and insurers have a better understanding of what coverages to offer, Auden said.

EY raised the question, however, of just how long the private insurance industry will be able to sustain this and provide cybersecurity coverage. “As with flood insurance, a government solution may be necessary,” the firm noted.

To establish themselves as cybersecurity leaders, insurers will be under increasing pressure “to create robust security systems to protect against cyber attacks within their own enterprises. Hiring cyber risk experts or partnering with other organizations to better manage internal systems, and building that expertise into client value propositions” will become increasingly important, EY said.

Heavy rain in parts of the United States, hailstorms, and flooding from Hurricane Matthew have renewed interest in flood insurance, especially given the high amount of flood damage that has occurred in areas that are generally not flood-prone.

In special flood hazard areas, anyone with a federally-backed mortgage is required to carry flood insurance. In the areas where it is not required, it can be purchased. “Unfortunately, for some reason, the statement that you are not required to buy it for a federally-backed mortgage has been translated to ‘you don’t need it,’” said John Dickson, president of NFS Edge Insurance Agency. “It’s unfortunate, because in Baton Rouge, for example, more than 100,000 structures were impacted by that event and nearly 80,000 were uninsured—both commercial and personal.”

In the wake of those flooding events, interest in purchasing flood insurance is high. “In our business we say, ‘nothing sells like the weather,’ so after Baton Rouge and Hurricane Matthew, we’re seeing a big uptick in interest and policies being purchased,” he said.

With the upcoming expiration of the National Flood Insurance Program (NFIP) in September, however, much is up in the air for commercial buyers. “Getting Congress to reauthorize the program and continue it will be a big focus for the market,” said Cynthia DiVincenti, vice president of government affairs and business quality at Aon National Flood Services. “We’re hoping for a long-term reauthorization—at least five years if not more.”

Another concern for some commercial insureds is the NFIP rate increases of 6% or more that will start in April. “Part of it is determined by zone, so if they are in a special flood hazard area and built before the flood program existed in their community and getting subsidized rates, the last reform bill in 2012 included provisions that said certain subsidized risks would be charged more and businesses were one of those. They would be looking at a 23% to 25% increase,” DiVincenti said.

NFIP coverage is also limited to $500,000 for a building and $500,000 for contents, and it does not pay for business interruption, “which may not suit a large commercial entity,” Dickson said. “And it’s not just down to a single location, it’s down to a single building. So if you have a company that has five buildings at the same address, the NFIP would require a separate policy for each building.”

While there are private insurers writing flood insurance, not every market is willing to write every risk. There are other options, however, Dickson said. “We’ve been able to take the commercial policyholder that has, for example, 15 locations across the country, find markets willing to write some of those locations, put them on a single policy with a schedule, then use the NFIP to complement areas where these markets are less comfortable and the NFIP is a better fit,” he said.

Most importantly, buyers need to know their options. While the NFIP was once the only source for reliable flood insurance, that is changing. “If you have a business with a $10 million building and the NFIP’s going to give you a half-million in coverage, are you prepared to hold $9.5 million in risk yourself?” Dickson said.

After several years of flat rates, many see the current market as lackluster. Matt Keeping, head of broking for Willis Towers Watson North America, has a different opinion, however. “We could call it a rather uninspiring period of flat growth and uncertainty. I prefer to call it a sign of stability,” he wrote in his forward for Marketplace Realities 2017. “This stability, in fact, reflects the main social and economic purpose of our industry: that when disaster strikes, we can be relied upon.”