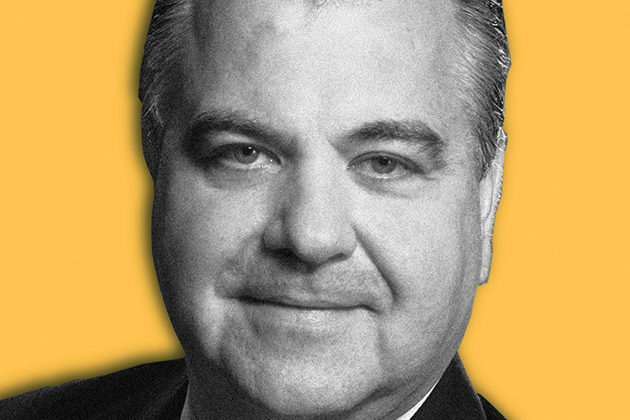 Natural catastrophes had a dramatic impact on the earnings and surplus of the insurance industry last year. In North America alone, three Category 4 hurricanes made landfall in the United States, two sets of wildfires in California and an earthquake in Mexico.

As a result, risk managers accustomed to an ongoing flat to soft market are facing the unknown when purchasing insurance in 2018. What impact will last year’s catastrophes have on pricing and how can insurance buyers get the lowest premiums and best terms and conditions possible in the current market?

Joe Peiser, head of broking at Willis Towers Watson North ­America and senior editor of its Marketplace Realities 2018 report, offers his take on the current state of the property/casualty insurance market and how risk managers can come out ahead.

RM: How have 2017 catastrophes impacted the insurance market?
Joe Peiser: What’s interesting right now is that the market behavior is still fluid, and it’s still...we use the term “schizophrenic.” We see some parts of the insurance industry looking for dramatic rate increases in the 30% to 40% range but not getting them and we see other parts of the industry being more moderate. We also see parts of the industry being very aggressive by underwriting the same risks with better pricing if it is new business. That is an age-old story in the insurance industry, but it’s a sign to us that this disaster year is not going to be a dramatic pricing event for policyholders—there is still ample capacity.
If you look at the numbers, we tend to use roughly $700 billion as where the industry surplus was at the beginning of the fourth quarter. With these catastrophes, there are the recorded numbers, which are probably in the $40 billion to $50 billion range, but everyone in the industry believes that the total will exceed $100 billion and may approach $150 billion. Based on those numbers, if you take $100 billion out, it brings the industry back to 2013 capitalization. If you take $150 billion out, it brings it back to 2011 capitalization. That is significant, but there is still ample capacity, so that is why we are seeing this schizophrenic behavior.
So to sum it up, while there has been a dramatic impact on the industry, it was so well capitalized that we don’t think it will be a cataclysmic event for policyholders. It is a wonderful sign of the resiliency, stability and health of our industry that we’re not talking about insolvencies. If these events had happened 25 years ago, all we would be talking about is who is going under next.

RM: What insu­­rance lines have been the most impacted?
JP: Most impacted would be property with catastrophe exposure. After that would be property.
As far as other insurance lines, workers compensation is very stable right now—we’re not seeing dramatic increases or decreases. This is providing stability in the market and for buyers in the United States where workers comp is such a big part of their budgets. This is because the workers comp market has taken a moderate approach, with gradual, small rate increases from 2008 onwards. In addition, there has been a reduction in claims frequency, caused by years and years of safety culture and the changing nature of employment in the United States. There are less manufacturing jobs, which are hazardous, and more service and technology jobs, which are less hazardous.
Automobile rates, however, have been increasing 4% to 7% for at least the past two years, and we are seeing indications that this trend is accelerating. We are starting to see 8% to 10% increases on automobile, which has little to do with the catastrophes.
All in all, I would say that for the major property/casualty lines today, flat is a good deal and buyers should expect some level of rate increase, at least on their property and automobile, no matter where they are located. Because the market is well-capitalized, underwriters will look at accounts individually, which is good news. They cannot succeed with any across-the-board position on prices, such as a 10% rate increase for everyone—that doesn’t fly. They start to lose business because there is too much capacity. The result is that underwriters are tending to look at things account-by-account.

RM: What trends are you seeing for ­renewals?
JP: We’re seeing a return to more across-the-board, strict adherence to higher deductibles, both for wind and flood. There’s a return to stricter terms and conditions and policy language. Underwriters are not offering the lower deductibles anymore. If you went back 10 years you would expect to see a 5% deductible for wind exposures. Over the years that got whittled down to 3%, and now they’re going back to 5%.

RM: Have there been any big surprises for buyers?
JP: If they haven’t been paying attention maybe they are surprised. But I would say the biggest surprise is that it is not as bad as we thought it would be. So if the marketplace is looking at 5% to 20% rate increases, that includes people with losses and no losses. Two months ago, the feeling was it could be 30% to 50% rate increases.
If this disaster year had happened 25 years ago, we would probably be looking at triple-digit rate increases because there wouldn’t be the capacity. We are seeing rate increases up to 30% for buyers with bad loss history, big exposures and also for clients who have been opportunistic in the marketplace over the years, but when the tables are turned, the market becomes opportunistic.

RM: Do you have any other tips for a smooth renewal?
JP: When risk managers are facing a price increase, those tend to be unbudgeted, which means they have their internal stakeholders who need to be educated about what is happening in the market and re-educated about the history they have experienced in the last five to seven years. It would be wise for the risk manager to provide a longer-term view for management as to how their programs have performed. They will probably see their programs have performed very well, with rate decreases year after year, and that even with a 10% rate increase, they may only be back to the pricing levels of 2014 or 2015.
So while a rate increase today might be shocking, looked at over a longer period of time, it’s actually a good story. We live in a world of catastrophes, but to a CFO, the hurricanes might seem like ancient history already. They need to remind stakeholders of the principle of insurance—that the burden of the few is spread to the many.
In addition, they should take the time to meet with new and existing underwriters and put that relationship investment to work. They should also provide quality submissions and good data, and work with advisors on analytics so they understand their risk tolerance and exposures. Preparation is the best plan.