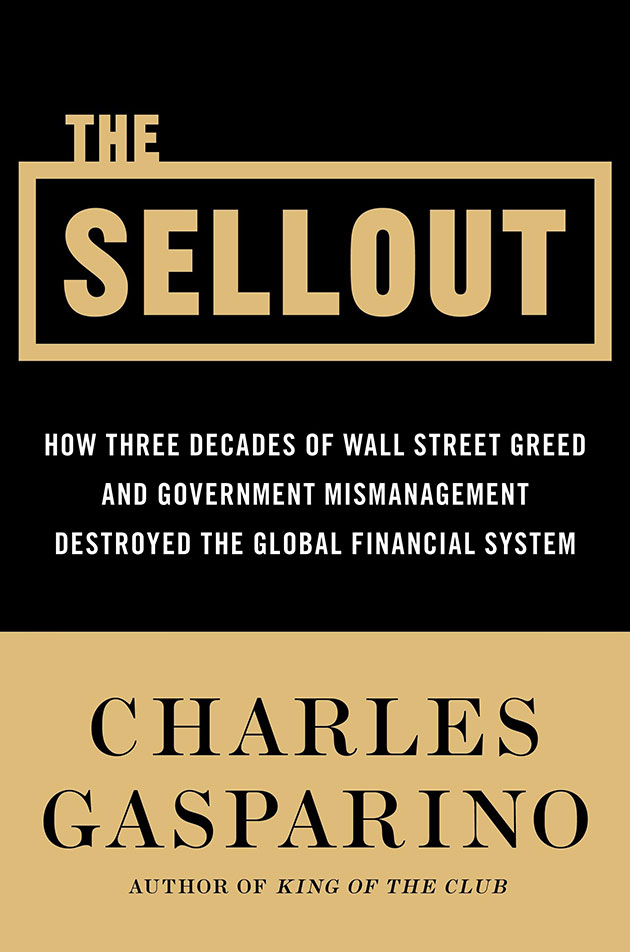 Of all the books documenting the financial crisis - and there are many - The Sellout tells it better than most. Filled with very little of the boring, complex financial jargon that comprises many books of the genre, this tome makes for a surprisingly entertaining and easy read.

Where author Charles Gasparino excels and others fail is in his ability to make what some people see as a bland history of the U.S. financial markets into a fascinating tale of how money, power, greed, risk and egos have led the market to its extreme highs and its lowest of lows.

Through the Russian debt crisis of 1998 and the dot-com bubble burst of 2000 to the fall of Lehman Brothers and the entire market in 2008, much can be blamed on the foolish risk taking within the derivatives and bond market and political motives that lacked foresight. "The derivatives market became a huge casino...Wall Street embraced risk as its business model and slowly pushed traditional advisory services into the background." Risk taking became more important than any other facet of business - it was supported, rewarded and encouraged. The risk takers on the trading floor found themselves pressured to take on more risk than the next firm.

Throughout the book, Gasparino builds a laundry list of characters - individuals described so well, it is as if Gasparino himself is a veteran fiction writer instead of a Wall Street reporter. The character he focuses on most is the pot-smoking former CEO of Bear Stears, Jimmy Cayne. To read about Cayne's rise from college dropout to full-time bridge player to CEO of one of the largest investment banks in the world is mind-boggling and fascinating.

But The Sellout is more than just a story of drama-filled trading floors, booze n' babes in the conference rooms and cocaine in the corner office. It is a detailed history of every major event leading up to the collapse of Wall Street. This book makes the financial crisis seem like what everyone wished it was - a novel of dramatic fiction.
Emily Holbrook is the founder of Red Label Writing, LLC, a writing, editing and content strategy firm catering to insurance and risk management businesses and publications, and a former editor of Risk Management.