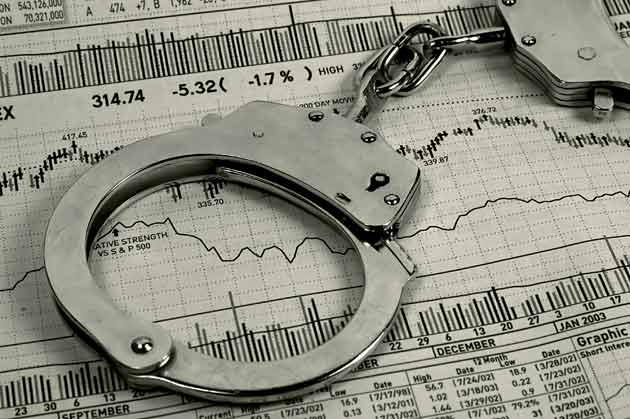 Maybe it is the recent financial crisis that has regulators keeping a closer eye on the management of employee pension funds. Or maybe more fraudsters are turning to employee pensions as a means to pocket money in tough times. Whatever the cause, reported cases of pension fraud are on the rise-putting the earnings of hard working employees in every industry at risk. Below are a few of the more notable pension fraud cases in recent months.

April 22, 2010
The SEC charged private equity firm Onyx Capital, its founder and the founder's friend with participating in a fraudulent scheme through which they stole more than $3 million invested by three Detroit-area public pension funds. Onyx Capital founder Roy Dixon, Jr. raised close to $24 million from three public pension funds for a start-up private equity fund and then illegally withdrew money invested by the pension funds to cover personal and other business expenses. Assisting Dixon was his friend and former NFL wide reciever for the Detroit Lions, Michael A. Farr, who controls three companies in which the Onyx fund invested millions of dollars. The charges against both men are currently pending.

May 6, 2010
California Attorney General Jerry Brown sued Alfred Villalobos and Federico Buenrostro, Jr., both former top officials of the California Public Employees' Retirement System (Calpers), the biggest U.S. public pension fund. The suit alleges fraudulent broker-dealer activities involving $4.8 billion in investments. Villalobos recently filed for Chapter 11, protecting himself from the $95 million lawsuit against him. The state is seeking the entire $95 million in restitution from Villalobos alone, while Buenrostro has claimed complete innocence in the dealings.

June 17, 2010
On this day, John Orecchio was sentenced to nine years and four months in prison and ordered to pay $26 million in restitution for stealing more than $24 million from six union pensions. Through his investment company, Chicago-based AA Capital Partners, Orecchio embezzled millions of dollars while living a dual life-to some he was a respected banker, husband and father living a middle class existence, while others knew him as a high-rolling, jet-setting Romeo who collected thoroughbred horses, expensive cars and was engaged to a Detroit stripper.

July 17, 2010
AIG made the news once again this summer when the company and some of its directors and officers agreed to a $725 million settlement to resolve allegations of wide-ranging fraud laid out in a class action suit by three Ohio pension funds. The lead plaintiffs in the case were the Ohio Public Employees Retirement System, State Teachers Retirement System of Ohio and the Ohio Police and Fire Pension Fund. Ohio Attorney General Richard Cordray called it the 10th largest securities litigation settlement in U.S. history.

July 29, 2010
This proved to be a sad day for Hank Morris, the top political aide to former New York Comptroller Alan Hevesi. Manhattan Supreme Court Judge Lewis Bart Stone upheld 77 of the 90 counts against Morris for his part in a state pension fund "pay-to-play" scandal. Prosecutors said he operated a "toll gate" for businesses seeking entry into the $120 billion pension fund and that he pocketed $19 million. One of the many charges brought against him, a criminal enterprise charge, carries a 25-year prison term.

August 18, 2010
The state of New Jersey earned the undesirable distinction of being the first state to have a lawsuit filed against it by the SEC. The regulator claims that when New Jersey issued $26 billion in bonds between 2001 and 2007, it fraudulently and erroneously portrayed its pension funds as adequately funded. The case states that various documents created the false impression that the $36 billion Teachers' Pension and Annuity Fund and the $10.6 billion Public Employees' Retirement System were adequately funded, concealing the fact that the state could not make contributions without raising taxes or cutting services.

August 19, 2010
Tony Morris, the head of Australia's Money Portal, a financial advice firm, had his assets frozen after close to $70 million went missing from nine pension funds and was redistributed among a Swiss bank account and 20 separate legal entities in Panama, the British Virgin Islands, Nevis, Gibraltar and Australia. Morris' mansion in Sydney, along with cars and a yacht were seized by the New South Wales Supreme Court. Authorities believe the stolen funds also helped pay for numerous personal expenditures including land in Thailand and a $1.7 million divorce settlement.
Emily Holbrook is the founder of Red Label Writing, LLC, a writing, editing and content strategy firm catering to insurance and risk management businesses and publications, and a former editor of Risk Management.