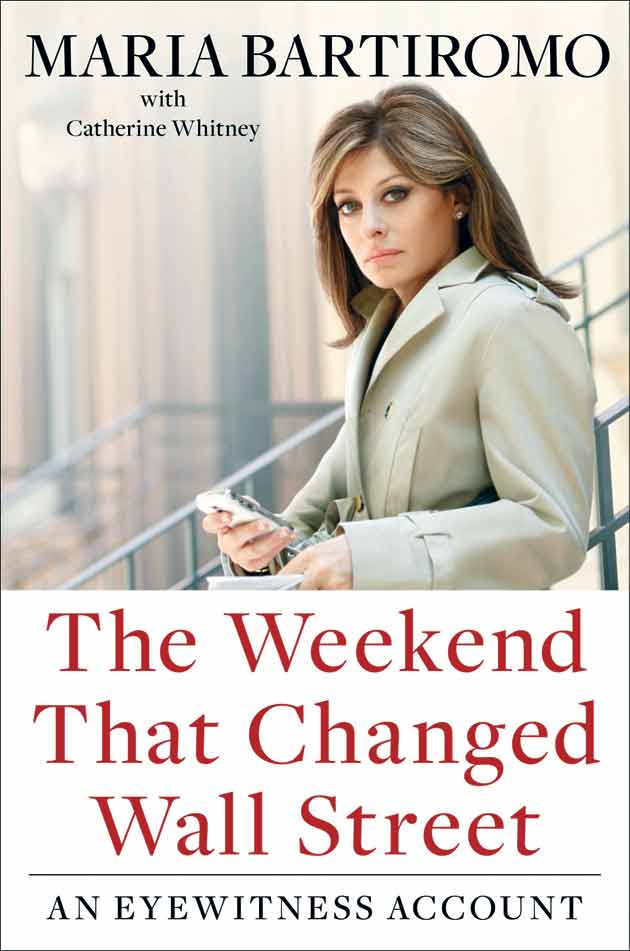 Though there have been a slew of books to surface that have focused on the dismal decline of Wall Street, perhaps none have been written by someone so connected to the major players of the New York financial field as Maria Bartiromo, the current anchor of the Wall Street Journal Report and the first person to ever report from the floor of the New York Stock Exchange. She has previously written for hefty publications such as BusinessWeek, the Financial Times and Individual Investor.

Using her journalistic experience, Bartiromo lays out the facts of the Lehman Brothers downfall using both her own account and those of the most powerful people on Wall Street. But seeing as this book was published a good two years after the collapse began, the most fascinating aspects of The Weekend That Changed Wall Street: An Eyewitness Account were not so much the details of the collapse (after all, how many times can we read about that?), but the book's early focus on the lavish lives of those involved in the Wall Street game; Bartiromo details the parties they threw, the apartments they owned that resembled art galleries and the confidence they exuded, which came across not only in their business conversations, but also in the casual talks between the author and her trusting subjects.

"The attacks of September 11, 2001, took away the lives of thousands of people, many of whom worked on Wall Street," she wrote. "The events of September 12-14, 2008, destroyed the financial lives of countless others." Chronicling that devastating weekend, Bartiromo uses what seems like thousands of interviews and casual, but obviously important, chats to tell the story of the weekend that Lehman Brothers faced financial ruin. Bartiromo has such strong, high-level sources, it seems she was actually present at the countless, round-the-clock meetings that were planned as an attempt to save Lehman. As we know, that attempt failed, and as Bartiromo sees it, we'll face another September 2008 in the future. "And while that's sobering, it is also a function of capitalism as it is meant to be."
Emily Holbrook is the founder of Red Label Writing, LLC, a writing, editing and content strategy firm catering to insurance and risk management businesses and publications, and a former editor of Risk Management.