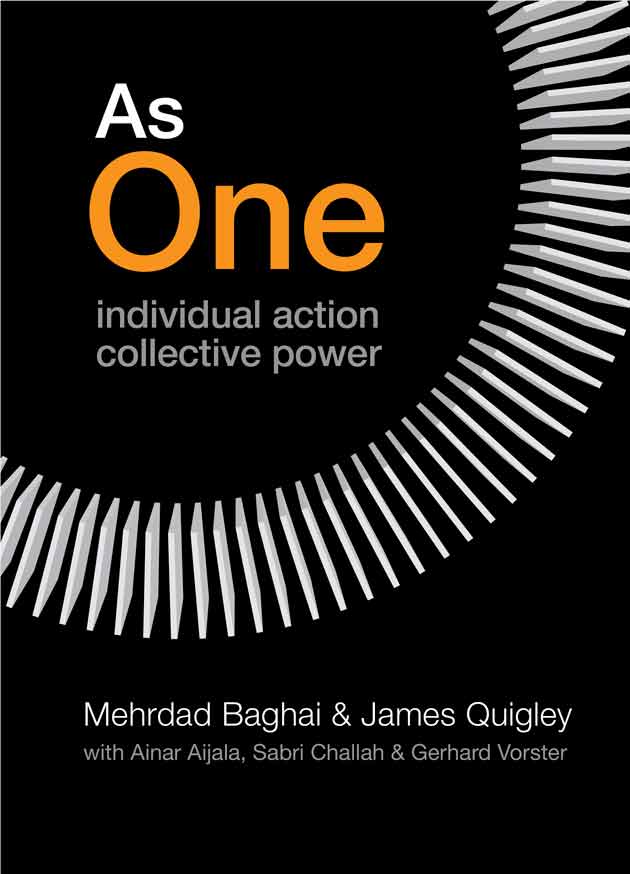 Never have I come across such a well-written book on business leadership as Mehrdad Baghai and James Quigley's latest. As One is clearly laid out in eight chapters focusing on different leadership archetypes: landlord and tenant, community organizer and volunteers, conductor and orchestra, producer and creative team, general and soldiers, architect and builders, captain and sports team, and senators and citizens.

Each chapter begins with a story about a successful individual who falls into one of these classifications. For example, the first chapter (landlord and tenant) begins with the story of Frank Lowy, a man who rose from childhood poverty in Czechoslovakia to become one of the world's most powerful retail landlords and the second richest man in Australia.

From there, Baghai and Quigley use the Apple App Store as an example of the landlord and tenant dynamic. Apple's app developers can be anyone anywhere who knows programming language. There are rules set forth by Apple, however. For instance, developers can only use the Apple platform and programming tools to create an app and they must use only the Apple App Store for distribution. This eliminates external competition, while creating a demand for Apple's products and services. "Within Apple's internal marketplace, its tenants are able openly to compete with each other to develop the next big thing," write the authors. "However, what enables Apple to dominate the market is that it creates both the OS and the hardware, such as the iPhone, iPod and iPad, and when you combine that with the proprietary App Store and iTunes, it delivers the ultimate 'Apple' experience from beginning to end." The book then breaks down how to put the six key characteristics of the landlord and tenant archetype into practice.

As One has received acclaim throughout the business world -- and rightly so. The authors relay their decades of leadership experience in relatable, easy-to-understand manner. Though it is a book on business management, I can honestly say As One is a fun read.
Emily Holbrook is the founder of Red Label Writing, LLC, a writing, editing and content strategy firm catering to insurance and risk management businesses and publications, and a former editor of Risk Management.