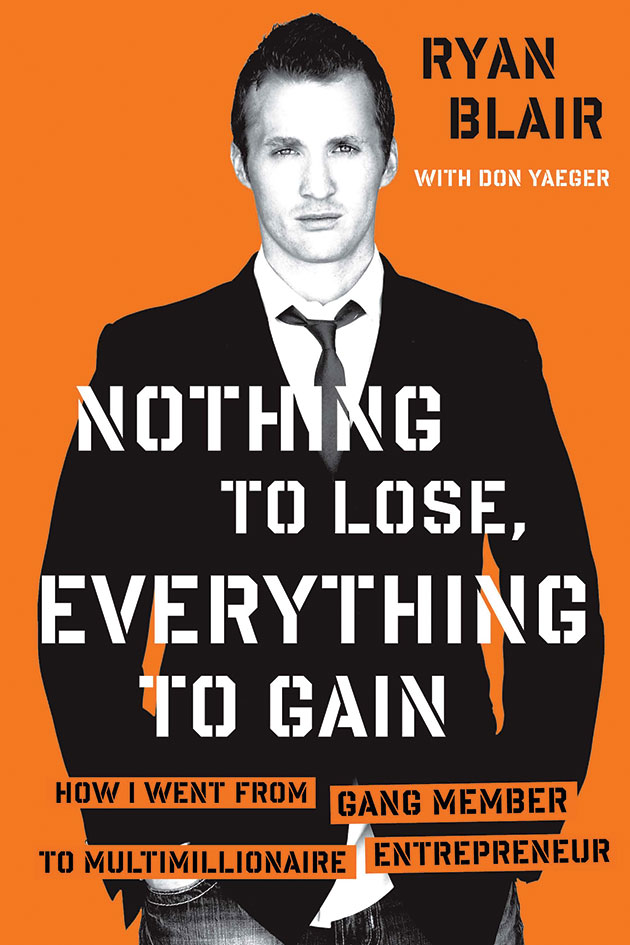 Ryan Blair's background could not be further from that of the average successful entrepreneur. He comes from a drug-addicted and abusive father who eventually destroyed the middle-class lifestyle of Blair and his family. Blair rebelled by joining a gang—choosing bad influences over a violent home. But things turned around when his mother married a very successful businessman who taught Blair the lessons needed not only for life, but for business, enabling Blair himself to succeed.

Though some will cite the cause of Blair's success as luck (his wealthy and well-connected stepfather) others (those who have actually succeeded in anything requiring effort) know that luck is only part, if anything at all, of the game.

Others may claim the only reason he wrote the book was to promote his many business ventures. I could see this being true if we were dealing with a struggling entrepreneur grasping at a last-ditch marketing effort, not a self-made millionaire who could have easily retired without putting forth the effort required to publish this book. Blair instead attributes his success to his go-for-broke mind set, stating that, "there is nothing more dangerous than someone with nothing to lose." A position he was once in.

Blair has not only street smarts learned from his volatile youth and troubled past but the high school dropout also has book smarts. And it's clear Blair has something to teach. As the CEO of Visalus Sciences, he turned the company completely around. During the recent recession, he took his business from $600,000 a month to $10 million a month in revenue—all within one year.

Nothing to Lose, Everything to Gain reads as more of a motivational memoir, which isn't necessarily a bad thing. But this book should by no means be taken as a how-to for budding entrepreneurs. Instead it should be read as the recollections of one man who overcame some serious obstacles and, with a bit of luck and a lot of hard work, became the multimillionaire he is today.
Emily Holbrook is the founder of Red Label Writing, LLC, a writing, editing and content strategy firm catering to insurance and risk management businesses and publications, and a former editor of Risk Management.