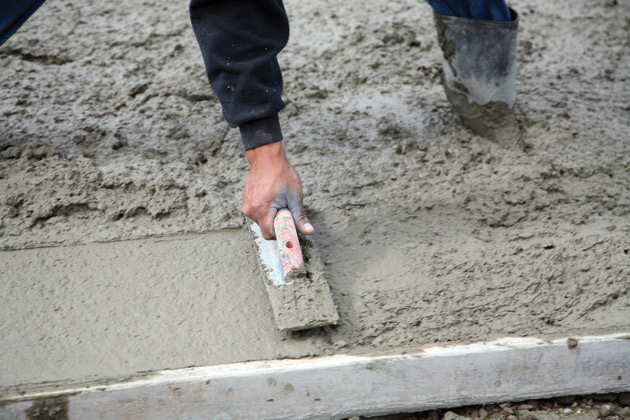 After years of favorable pricing conditions for insurance buyers, the record catastrophe losses and low investment yields of 2011 may have finally pushed property/casualty rates to their breaking point. Signs have emerged signaling that the prolonged soft market may finally have reached its end. According to MarketScout, April saw a 3% average property/casualty rate increase, making it the sixth consecutive month of similarly modest upswings.

But despite the prevailing upward pricing trend, few would be willing to categorize this as a hard market yet. It seems to be something altogether different. In order to get a better understanding of the current state of the property/casualty market, we sat down with Mike Kerner, CEO of Zurich's corporate business in North America.

RM: What is your general outlook on the property/casualty insurance market?

Mike Kerner: The market is changing, and we're in a transition as the market firms. Particularly in some lines, like property, we're seeing rates firm and some increases in the cat-exposed areas. At the same time we recognize that almost everything is cat-exposed now given where tornadoes are hitting and earthquakes are taking place. We're also seeing the market firm in workers compensation based on the very low interest rates.

What that's doing is creating a scenario where customers want to talk more with their [insurance] partners to understand where they are but to also explore some more options. So we're having conversations with customers about where we stand on certain issues vs. where their incumbent [insurers] are. Customers want to know that they have some options out there as the market transitions.

RM: That has been the word of the year so far: "firming." But most people don't seem ready to discuss a complete hard market shift. Are we still in a normal market cycle or is this next phase going to include a more up-and-down process by line?

Kerner: I wouldn't view it as a normal market cycle by any stretch. Normally when you see the market turn, it's driven more by capacity issues. In other words, how much capital is available in the industry. If you think back to 1984 when there was a lot that came out around environmental liability and asbestos, you had a scenario where the capital was constrained. That capital constraint causes pricing to go up.

Currently this is actually a firming that's not based on capital. The industry is well capitalized. It's at or around the highest levels of capitalization that we've ever had as an industry. It's really based more on earnings. Companies have not been having adequate return on that capital. This is based on the cat events that happened last year, where interest rates have gone to loss-cost trends. All of these factors are [hurting] the profitability of the business. And so what you're getting is a reaction to a lack of profitability, not a reaction to a lack of capital. That's relatively unique because we actually haven't seen that happen.

When you have a lack of capital, you have a very unpleasant experience for customers. You get a knee-jerk reaction: rates of plus-50%, plus-100% or "coverage not available at any price."

But this is a much more orderly marketplace. And "firming" is a good word for it. It's not disorderly. Coverage is available.  Customers just have to pay a little more for it.

Now, if it sticks this way, and the market firms and gets back to a level of reasonable returns, it will be the first time it has ever happened [this way]. Every time previously, it has always turned into a capacity issue and this knee-jerk reaction.

RM: Is this process good or bad for the insurance industry?

Kerner: What's going on right now is extremely good for the industry. When prior market cycles turned and you got dramatic pricing action or significant issues around availability, it drove a lot of the business out of the industry and into alternative mechanisms. This is where you get captives coming in. You get deductible programs coming in. You get lots of things shifting out of the insurance industry and that's not good for customers and that's not good for insurance companies.

So this [firming] is actually a very healthy process. It will be interesting to see if it can be sustained in terms of getting back to a reasonable return on equity. Because that would be a sign that this industry is actually doing something it hasn't done before.

RM: So if 2011 was an earnings event more so than a complete reduction of capital, is that a wake-up call for the industry to re-think risk appetite and re-evaluate underwriting discipline?

Kerner: First, 2011 was an earnings event, but the reaction in the marketplace is as much about how the industry is looking ahead to 2012 and 2013. Because with the impact of the interest rates, you can figure out where the future is going to be. The results are simple arithmetic: operating income is going to be under pressure. There was no question about that. So it's not as much even the 2011 results as what we can reasonably anticipate for 2012 and 2013.

Again, I think it's quite a healthy process for the industry and it's a sign of the industry actually getting a little more sophisticated in terms of its management. It's not a one-size-fits-all market or a knee-jerk reaction. You don't have plus-100% rate increases that really irritate customers. It's really more of a measured approach because the profitability really isn't where we need it to be.

The New Normal: The P/C Insurance Market Finds Its Balance

How Will Insurers React to Fed Spending?

The Property/Casualty Market in 2011