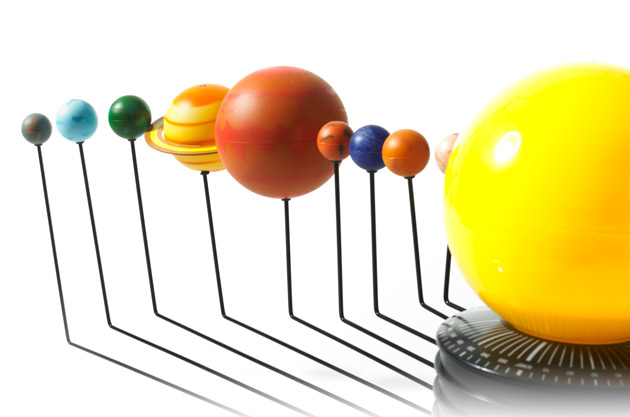 JPMorgan Chase’s multi-billion-dollar trading losses earlier this year due, in part, to the firm’s over reliance on a “value at risk” model put Wall Street’s love affair with models in the spotlight. Since the financial meltdown in 2008, more and more experts, including Emanuel Derman and Nassim Nicholas Taleb, have criticized how the sector uses models.

Derman, a professor at Columbia University and former head quant for Goldman Sachs, is outspoken on the limitations of modeling and the need for risk managers, along with CEOs, CFOs, financial engineers and traders, to keep their enthusiasm for modeling in check. “There isn’t a short cut or mechanical formula that will help you figure out the right price for a financial product,” said Derman in an interview, adding that, “these financial models are only trying to capture human emotions and instinctual feelings that we use to help us determine prices in financial markets. They are not absolute things like the distance from here to there or here to the sun, where everyone agrees on the distance.”

In a presentation he gave before financial engineers earlier this year, Derman further explained how his view of financial modeling both coincides and differs from that of Taleb, author of The Black Swan. “Like Taleb, I think of many models as junk,” said Derman in his presentation. But he also pointed out that, “unlike Taleb, I believe that you can’t live without models.”

He views select ones, such as the Black-Scholes model for option pricing, as valuable and extremely well constructed. And he sees other, less-ambitious models as simply helpful, time-saving tools. Since he, along with industry pioneers Fischer Black and Bill Toy, developed the Black-Derman-Toy model, a landmark interest rate calculation still used today for bond options and interest rate derivatives, this appreciation should come as no surprise.

But his views on the limitations, which he lays out in his 2011 book Models.Behaving.Badly, are similarly rooted in first hand experience. In the book, Derman discusses growing up in Apartheid South Africa and observing the failed political and social structure models there. He also recounts the impact of his experience of moving to the United States, where he earned a Ph.D. in theoretical physics from Columbia University.

In light of his studies of physics and the material world, he carefully differentiates the development of scientific theories based on inanimate matter from the construction of financial models that must contend with the complexities and uncertainties of human behavior. But this was not always the case. When he first began as a quant on Wall Street, he believed, for awhile at least, that it was possible to apply physics successfully to finance. But after 20 years on Wall Street, Derman became a determined disbeliever.

“When I came out of physics, back in 1985, I really did believe, naïvely, that financial modeling could be like physics modeling and that there might be a grand unified theory of interest rates,” said Derman. He believes that having the opportunity to work with a realist like Fischer Black helped him change and evolve his thinking. “Black did not think that way. He clearly understood the limitations of models, and he was closer to the real world than many other academics.” 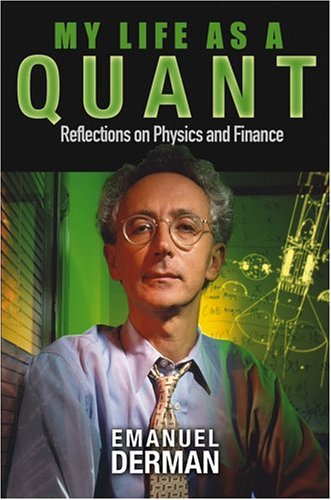 Derman clarifies his thinking on the matter this way: “The similarity of physics and finance lies more in their syntax than their semantics. In physics you’re playing against God, and He doesn’t change his laws very often. In finance you’re playing against God’s creatures: agents who value assets based on their ephemeral opinions. The truth, therefore, is that there is no grand unified theory of everything. In finance there are only models of specific things.”

Models, according to Derman, are a kind of caricature, a metaphor of limited applicability that is not as dependable as, say, James Clerk Maxwell’s equations for electromagnetic theory. They are metaphors that compare the object of their attention to something else it resembles. But in doing so, they are simplifications and reduce the dimensions of the world. Derman describes them as trying “to squeeze the blooming, buzzing confusion into a miniature Joseph Cornell box.”

Derman singles out economists as a big part of the problem and a source of confusion on Wall Street regarding the limitations of models. He believes they often fail to understand the difference between dependable theories and less-than-dependable financial models.

“If you open up the prestigious Journal of Finance, one of a select number of journals in which finance professors must publish in order to get tenure, many of the papers resemble those in a mathematics journal,” said Derman.

But for all the axioms, theorems and lemmas economists produce, he views them as largely useless. “The advantage of having studied physics,” said Derman, “is that you have seen really good models and you know the difference between a really good model and those that are not so great. The trouble for people coming out of economics is that they have the disadvantage of never having seen a model that is truly great and, therefore, can’t tell when something is really bad.”

While Derman is firm in his belief that a better understanding of models would not have necessarily prevented the financial crisis—a claim that many made right after the crisis—he is optimistic that his message about the vulnerability of models is an important one, particularly for young people entering the financial field.

“You should not hang all the people making financial models, though they did play a part in people valuing mortgage derivatives in a naïve way,” said Derman, adding that people at respectable firms on Wall Street generally do understand the limitations of models and their proper use.

Instead, he hopes that those tasked with building and using models in the future—especially those with a tendency to be excessively enamored with the beauty of mathematical models—will learn to better understand what a model’s place should be. And that is why he tries to teach his students to “come to understand that models are not some machine that you can just crank up and it gives you the right answer,” said Derman. “Some of them look at a fancy-looking model and think it must be accurate. But often, it’s not and there isn’t some magical formula.”
Katherine Heires is a freelance business journalist and founder of MediaKat LLC.

The Challenges of Hurricane Forecasting