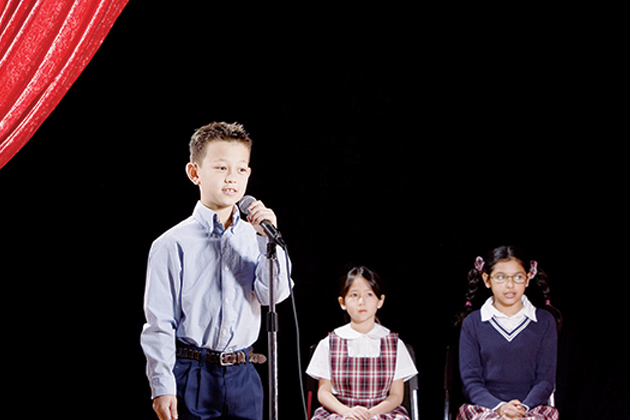 Earlier this year, on the eve of the Scripps National Spelling Bee, Google released a list of the most-commonly misspelled words in the United States in 2017. Based on the most popular “how to spell” searches by state, the list revealed that Americans seem to get tripped up by some fairly basic words. For example, spelling “beautiful” was a problem for people in New York, Ohio, Kentucky, Minnesota and California. In Texas and Missouri, it was “maintenance.” Meanwhile, residents of Connecticut and West Virginia appear to be Mary Poppins fans, with “supercalifragilisticexpialidocious” topping the list.

There were also some true head-scratchers like “liar” in Rhode Island, “angel” in North Carolina, “nanny” in Mississippi, “banana” in New Mexico, and “college” in South Dakota. And then there was Wisconsin, where the most searched for spelling was their own state’s name.

For my fellow language devotees, it is tempting to roll our collective eyes at the apparent ignorance of the general public. But the truth is, spelling isn’t easy. Heck, spell-check catches me misspelling “management” at least once an issue (I tend to leave out the second “a”). Even Google misspelled Washington, D.C.’s top word, “ninety,” as “nintey” in the original version of its list. There is a reason ESPN broadcasts the National Spelling Bee every year—just as most of us can’t dunk a basketball like Lebron James, throw a touchdown pass like Tom Brady or serve a tennis ball like Serena Williams, we also can’t hold a candle to some of the pint-size geniuses who can spell words many of us have never even heard of. They might as well have superpowers.

Of course, it can be tricky to hold the line on good spelling when the most visible offender is none other than the president of the United States, whose Twitter tirades are often riddled with misspellings (“unpresidented” instead of “unprecedented”) and typos (the infamous “covfefe”). It also doesn’t help the cause when poor spelling is defended in the New York Times by technology columnist Farhad Manjoo, who, after a recent Trump typo, wrote that “criticizing spelling is elitist.”

Manjoo’s central premise was that Trump’s mistakes are innocuous, but typos can be far from harmless. In 1988, for example, the Pacific Bell Yellow Pages was forced to pay more than $18 million in damages to Banner Travel Services after a misprint in an ad changed the company’s travel packages from “exotic” to “erotic” and cost Banner 80% of its business. In 2005, Mizuho Securities Co. lost almost $340 million when it incorrectly sold 610,000 shares of a recruiting company on the Japanese Stock Exchange for one yen apiece rather than the intended one share for 610,000 yen. In 2009, a spelling mistake even bankrupted a 134-year old Welsh engineering firm when the U.K.’s registrar of companies listed the solvent Taylor & Sons Ltd. as entering bankruptcy, confusing it with the actually-bankrupt Taylor & Son (note the singular “Son”). The mistake caused Taylor & Sons’ customers and suppliers to cancel their orders, eventually putting the company and its 250 employees out of business. Taylor & Sons sued for £8.8 million (about $12 million) and the case was settled for an undisclosed amount last year.

Precise language cannot be dismissed as unimportant or “elitist.” Just because grammar and spelling are not always a priority, particularly on social media, does not mean that these grade-school lessons are not still valuable. Proper spelling allows us to convey information clearly and without ambiguity, which should be the basic requirement of any communication. Anything less creates, at best, an unnecessary distraction and, at worst, a catastrophe.