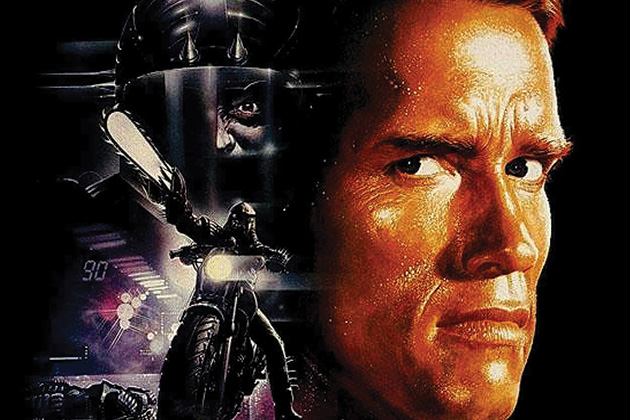 As we approach the end of 2017, the world is as fraught with risk as ever. The threat landscape is crowded on all fronts, from the financial to the political, technological to the environmental. At times, it can seem bleak, but in the midst of such difficult days, I am taking comfort that, at least according to science fiction, the year 2017 could have been a whole lot worse.

Take, for example, the 1987 Arnold Schwarzenegger “classic” The Running Man, which begins with the following introduction:

“By 2017, the world economy has collapsed. Food, natural resources and oil are in short supply. A police state, divided into paramilitary zones, rules with an iron hand. Television is controlled by the state and a sadistic game show called The Running Man has become the most popular program in history. All art, music and communications are censored. No dissent is tolerated and yet a small resistance movement has managed to survive underground.”

The titular game show pits criminals and enemies of the state it calls “runners” against costumed “stalkers” with names like Sub-Zero, Buzzsaw and Captain Freedom who are tasked hunting down and killing their opponents on live television. It’s basically a futuristic version of the classic short story “The Most Dangerous Game,” but with more explosions.

The movie actually got a few things right, such as our modern love of reality shows, the common usage of CGI by television producers to manipulate images, and the massive cultural influence of a game show host, but at least we haven’t gotten to the point where the national pastime is betting on which contestant on our favorite television program will be the next to suffer a brutal death.

Other movies posit a similarly dystopian picture of this year. In the 2017 of Barb Wire, a 1996 Pamela Anderson vehicle, the “Second American Civil War” has reduced the United States to a violent wasteland patrolled by fascists and mercenaries, while 1992’s Fortress depicts a 2017 where a violation of America’s one-child policy gets Christopher Lambert sent to a futuristic, maximum-security prison complete with laser walls and cyborg guards. In Oblivion, Tom Cruise lives in a world where, in 2017, aliens attacked the Earth, blew up the moon and forced humanity’s survivors to relocate to Titan, one of Saturn’s moons. (The movie also suggests the equally implausible scenario that the New York Giants won the 2017 Super Bowl.) Arnold Schwarzenegger even made a second go at an alternate 2017 in Terminator Genisys, wherein this is the year that the artificial intelligence system Skynet is activated, beginning humanity’s war against the robot Terminators.

All of this might be enough to convince us to turn off the television and go listen to some music, but then you might come across Billy Joel’s 1976 song “Miami 2017 (Seen the Lights Go Out on Broadway).” The song tells of an apocalyptic future where everyone has moved to Florida after New York City was destroyed and the Mafia took over Mexico. It’s not exactly what you would call an uplifting ditty.

Although we technically have a few more weeks to go, it doesn’t look like any of these grim visions of 2017 will be materializing. (That is, unless Santa Claus turns out to be a Terminator.) A quick scan of the pop culture crystal ball suggests that we are probably in the clear next year as well—evidently filmmakers weren’t nearly as interested in 2018 as they were 2017. It’s a good thing too, because we will need a breather before 2019, when we will be dealing with Blade Runner’s criminal replicants, human clones from The Island, superpowered bikers from Akira and the harrowing aftermath of another apocalypse in The Road.

Hopefully Arnold Schwarzenegger can lend us a hand.