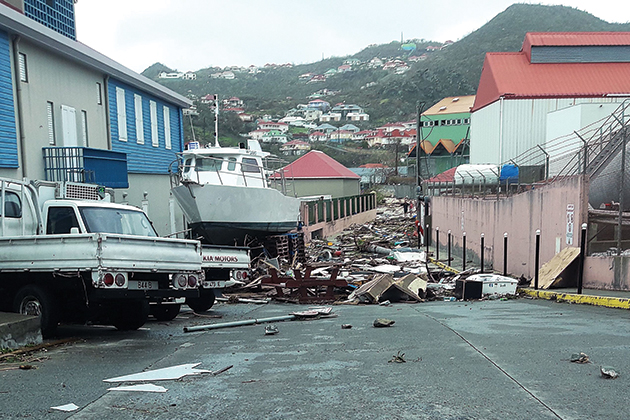 After more than a decade without a major hurricane making landfall in the United States, Hurricanes Harvey and Irma cut destructive paths through the South in August and September. Mere weeks apart, Category 4 Harvey inundated Houston and the Gulf of Mexico region with nearly 52 inches of rain, while Category 5 Irma—one of the strongest storms ever recorded in the Atlantic basin—devastated the Caribbean before making landfall in Florida. At least 150 people were killed by the two storms, and early estimates from Moody’s Analytics put the total property damage at $150 billion to $200 billion, a figure comparable to Hurricane Katrina in 2005. AIR Worldwide predicted that insured losses from the hurricanes could be as high as $60 billion. In the wake of the twin catastrophes, President Trump signed legislation to authorize an initial $15 billion disaster relief package and extend the National Flood Insurance Program past its original Sept. 30 expiration to Dec. 8. 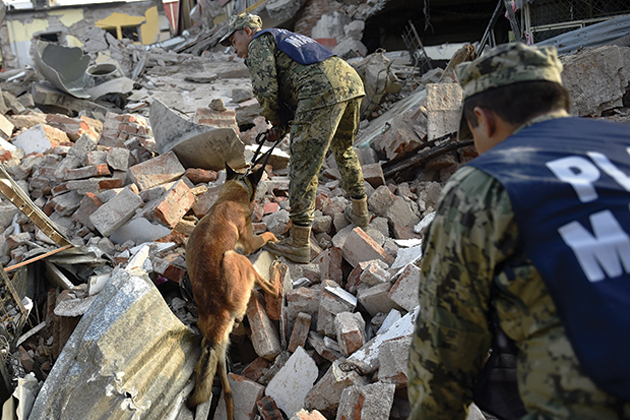 In the space of only 11 days in September, Mexico was hit by pair of deadly earthquakes. The first, an 8.1 magnitude quake, struck the southern coast near Chiapas on Sept. 7, damaging more than 60,000 homes, killing at least 98 people and affecting an estimated 1.5 million. It was the strongest earthquake to hit the country in more than 230 years. AIR Worldwide estimated that insured damages from the disaster would exceed $1 billion, while economic damages were expected to be far greater. On Sept. 19, another quake struck near Mexico City. This 7.1 magnitude temblor toppled buildings in the capital city and killed at least 200 people. The quake hit 32 years to the day after the 1985 Mexico City earthquake, which left up to 10,000 dead and hundreds of thousands homeless.

In September, the U.S. Department of Homeland Security ordered all federal agencies to remove security software made by Kaspersky Lab within 90 days. The move comes amid concerns that the company has ties to Russian intelligence services and might be compelled to assist the Russian government in cyberespionage. The company had already been removed from the General Service Administration’s list of pre-approved technology vendors in July. Kaspersky Lab denied the allegations in a statement, saying it “has never helped, nor will help, any government in the world with its cyberespionage or offensive cyber efforts, and it’s disconcerting that a private company can be considered guilty until proven innocent, due to geopolitical issues.” 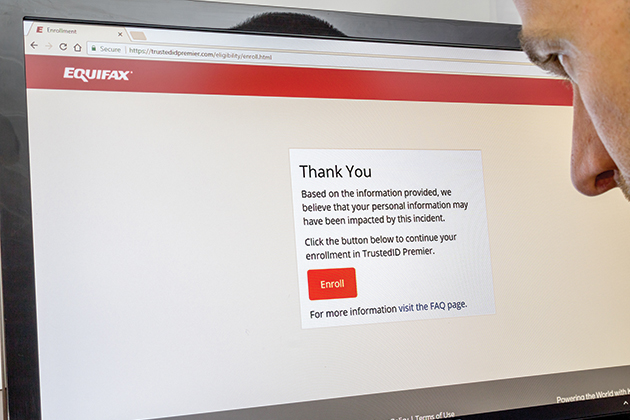 On Sept. 7, credit reporting agency Equifax reported that the personal data of 143 million U.S. consumers may have been compromised in a cyberattack that occurred from mid-May through July of this year. The data includes names, Social Security numbers, birth dates, addresses, credit card numbers and some driver’s license numbers. The company was criticized for its handling of the massive data breach, including how long it took to notify customers—the hack was discovered on July 29, six weeks before the public announcement. Equifax’s free credit monitoring and identity theft protection service, established after the breach, also came under fire for fine print that initially stated that, in order to sign up, enrollees had to waive their right to sue the company. Even more troubling was the discovery that three company executives sold $1.8 million worth of Equifax stock soon after the company became aware of the hack, but before it was disclosed to the public. By mid-September more than 30 lawsuits had been filed against the company over the incident.

While the southern United States was dealing with historic hurricanes, the western part of the country continued to suffer through an extremely active wildfire season, especially in Montana, Oregon and California. From Jan. 1 to Sept. 15, more than 49,000 fires had burned over 8.3 million acres, far exceeding the 10-year average from 2006 to 2016 of 5.7 million acres burned, according to the National Interagency Fire Center. So far, the Forest Service and Interior Department have spent more than $2 billion fighting fires this year—about the same as in all of 2015, which was the most expensive wildfire season on record. In response to the increased activity, Secretary of the Interior Ryan Zinke directed all federal land managers and park superintendents to adopt more aggressive fuel reduction and pre-suppression techniques to prevent and combat the spread of wildfires. 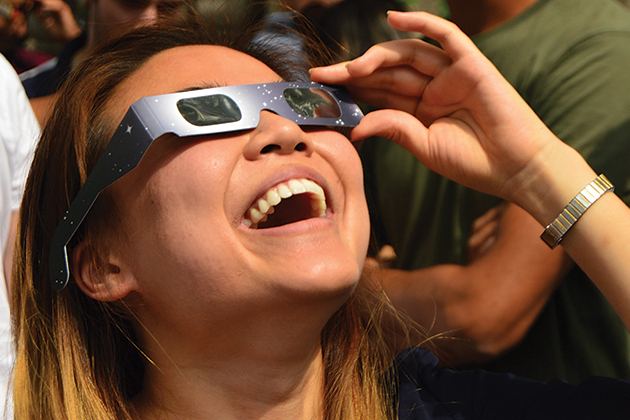 The prospect of viewing the first total solar eclipse in the United States in 38 years not only prompted unbounded public enthusiasm, but also endless warnings about the risk of looking directly at the sun. In order to watch the eclipse safely, millions of Americans purchased special safety glasses, but unfortunately, some turned out to be counterfeit, offering no real protection. Several lawsuits have been filed as a result. Claiming irreversible damage from using the faulty glasses, one couple filed a class-action suit against Amazon, accusing the retailer of negligently marketing “inherently defective and extremely dangerous glasses.” Amazon said it had emailed recall notices, cautioned against using the glasses and offered refunds. The couple, however, claimed they never received the warnings. The suit said the emails were “too little, too late,” and also did not reach those who received the glasses secondhand.