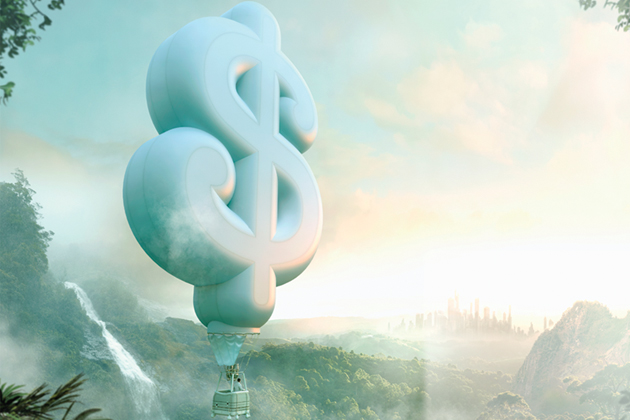 Over the past five years, the popularity of captive insurance companies has skyrocketed. Not only do more than 90% of Fortune 500 businesses own at least one captive, but even small and mid-sized companies have formed them.

The motivations for creating a captive have not changed much in the half-century since the first captive was formed in 1962. A company-owned insurance operation provides direct access to reinsurance markets, customized insurance coverage that fills gaps in the commercial market, access to accrued investment income, and incentive to improve loss control. The thinking of many risk managers is simply, why trade dollars with an insurance company when you don’t have to?

The Tax Cuts and Jobs Act of 2017, passed in December, has promised to provide a variety of financial benefits for many businesses, but what impact will it have on captive insurance? Read more about captives and the new law from the March issue of Risk Management.

The surge in captive formations has been fueled by a series of favorable tax court rulings, the increasing number of U.S. state captive domiciles, and the emergence of new and challenging exposures, such as cyberrisks, that have caused insurance carriers to raise rates and adopt stricter coverage terms and conditions. As a result, the reasons to form a captive have never been more persuasive.

Captives have become increasingly common, but experts believe some companies may be throwing caution to the wind with certain arrangements. “I’m not concerned about big corporations forming captives as much as I am about the private sanitation company that forms a captive because it can’t get decent workers compensation insurance, or the nursing home that can’t buy professional liability insurance,” said Andrew Barile, CEO of Andrew Barile Consulting and a strategic advisor on captive formation and implementation since 1967. “It’s these 831(b) captives and the recent flurry in the formation of captive cells that give me pause.”

The 831(b) captives get their name from Section 831(b) of the IRS Code on Micro-Captive Transactions, a 1986 regulation that provides tax advantages to small property and casualty insurance companies. According to the rule, a captive can elect to be taxed on net investment income when gross annual premiums are $1.2 million or less (recently increased to $2.2 million). The owning entity also can deduct premiums paid to the captive as ordinary business expenses.

The tax advantages reduce the cost of financing a risk transaction, making captive formation enticingly affordable for many small companies. The IRS, however, is closely examining 831(b) captives to ensure they do not constitute illegal tax shelters. IRS Notice 2016-66 categorizes Section 831(b) as “transactions of interest,” subject to additional documentation and disclosure requirements for “promoters” and “material advisors.” New legislation in 2018 has also mandated additional tests for these captives to demonstrate appropriate risk diversification.

The added scrutiny does not bode well for some 831(b) owners. “Too many of these structures are set up by CPA firms and not insurance underwriters, which tells me they lean more toward being a tax shelter as opposed to a genuine risk-transfer mechanism,” Barile said.

Captive cells have also come under scrutiny. A captive cell is akin to a rented apartment in a large apartment building: The captive is used by a group of unrelated insureds so each can take advantage of the benefits of a typical captive arrangement without actually owning the insurance company. Each cell is legally separated from other cells, meaning the insured’s assets are walled off and protected from the legal liabilities of other cells. The core owner maintains a capital surplus to absorb working layer losses, above which reinsurance kicks in.

The challenge is when one cell company’s losses exceed the capital set aside by the captive’s sponsor. If the cell company has not posted enough capital to absorb the financial impact, it will need to dig into its wallet to pay off the remaining financial obligation. Since the companies forming cell captives are, for the most part, small businesses, that burden can be significant.

There are tax concerns for cell captives, as well. “I get these calls from nursing homes that say they just formed a cell captive in Bermuda, but there’s no broker or risk manager and they don’t know what they’re doing,” Barile said. “There’s no fronting company involved. Instead, there’s a small CPA firm hoping to get the client a tax deduction. You’ve got the accountants—not actuaries—setting the reserves and writing manuscript insurance policies, using the internet as the only source of intelligence.”

Certainly not all cell and 831(b) captives are suspect, but some of the IRS scrutiny is justified, and necessitates reasonable caution. “To a certain degree, 831(b) captives are being used as a wealth management device,” said Peter Mullen, CEO of Aon Global Captive and Insurance Management. “We do not set up such vehicles. Our distribution system is a risk management distribution system, not wealth management.”

While there are no reliable figures on the total number of 831(b) and cell captives that have been formed, anecdotal evidence indicates they are on the rise. More dependable statistics are available on the rising volume of traditional captives.

Captives have been formed in domiciles all over the world, but the United States has seen the greatest recent growth. “About 78% of captives formed worldwide in 2017 occurred in the United States, accounting for 616 new licensed captives,” said Daniel Towle, CICA president. “Europe licensed 22 new captives, down from 36 the prior year, and only eight captives were licensed across Asia-Pacific. Bermuda and the rest of the Caribbean licensed 108.”

The high volume of recent captive formations in the United States can be attributed to the growing number of states that have passed legislation to become captive domiciles. The Insurance Information Institute reported that 29 states now permit the formation of captive insurance companies. Vermont is the current leader in the United States with 593 state-licensed captives, followed by Utah with 462.

As more states enter the fray, competition for business is fierce. “Economic development is the reason a state wants to become a captive domicile,” said Paul Phillips, a partner and tax markets leader at EY. In Vermont, for example, there are dozens of captive managers and insurance brokerages with brick and mortar buildings in Burlington, as well as a host of small CPA firms and actuaries. “All that property development and employment translates into substantial tax income and economic lift,” he said.

Barile concurred, “Domiciles are tripping over themselves to get business. Governors know this is a lucrative way to build fee income.”

Another factor in the recent surge in captive formations is corporate concern over new types of financial exposures, most notably cyberrisks. “Generally speaking, any line of insurance that does not have much in the way of commercial capacity or has lots of coverage exclusions is a good fit for a captive,” Towle said. “Right now, cyber fits this bill. Companies can write coverage in the captive for the exclusions and buy reinsurance for losses above the limit.”

Mullen said many of Aon’s clients are “incubating” cyber and other thorny exposures in their captives. “Although there is quite a bit more capacity for cyber in the commercial market now, if the risk is deemed by insurers to be particularly difficult—with little data on potential losses—the client may choose to put the risk in its captive,” he said.

In such cases, the captive owner will engage an actuary to develop a probabilistic loss model to calculate an adequate premium. As losses occur over the next few years, a body of data develops, and the company may then take its chances again in the commercial market. “They’ll say, ‘We’ve been incubating this risk in our captive for the past five years and here is the policy form we used, how we calculated our premium, our claims adjustment process, and our loss experience,’” Mullen said. “If the market’s reaction is good, they may then opt to buy risk-transfer.”

Smaller captives are insuring an even wider range of exposures. “I’ve seen small companies wanting policies to absorb business losses caused by changes in legislation, to absorb the risk of a tax audit or bad debts, and to insure all the deductibles the company has with commercial insurers,” Barile said.

Many experts advise small businesses to include captive experts drawn from the insurance industry—like an actuary or underwriter—when mulling the formation of a captive. “Captives aren’t for everybody,” said Prabal Lakhanbal, a captive consultant with Spring Consulting Group. “Proper due diligence should be pursued, followed by a well thought-out feasibility study prepared by an insurance specialist.”

Many of the legal and tax issues that historically hovered over the captive industry are less of a concern today, compelling companies that were wary of forming a captive in the past to consider doing so. Recent tax court decisions have been favorable for alternative insurance arrangements, clarifying questions of risk-shifting, risk distribution, premium excessiveness and what constitutes an insurance contract.

For example, in the recent captive case RVI Guaranty Co. Ltd., et al. v. Commissioner, the U.S. Tax Court held that an insurance contract created to insure against the risk of a decrease in the value of property in fact covered an insurance risk rather than an investment risk, as the IRS had alleged, qualifying the contract as insurance for federal income tax purposes.

Today, fewer companies form captives primarily for the tax benefits. A Marsh study, for example, indicated less than 50% of the captives managed by the firm even bother to take a U.S. tax position. Nearly three-quarters of their clients reported  the key driver in forming a captive was to fund retained corporate risk. “As organizations’ understanding of risk matures, their risk management strategies become more sophisticated, increasing the likelihood of forming or expanding the use of a captive,” said Michael Serricchio, managing director of Marsh Captive Solutions.

Mullen has heard similar reasoning at Aon. “When we survey our clients every year about the reasons they have a captive, something like 4% say they do it for tax reasons; the majority cite strategic risk management purposes,” he said.

By establishing their captive for these strategic reasons, current and prospective owners can avoid IRS suspicion. “The simplest way to ensure your captive is within current tax rules is to be able to show that it was formed for a non-tax business reason,” Lakhanbal said.

Overall, captives have proven to be effective for funding and strengthening management of a company’s risks. “Looking at our global captive book of about $30 billion, the combined loss ratio runs around 75%, a clear indication that our clients are doing something right as they run their business through their captives,” Mullen said.

This success has helped make captives into a more mainstream risk management option. “A captive is no longer an alternative risk transfer mechanism,” Serricchio said. “It’s now a key tool for risk managers to address traditional property/casualty and employee and customer risks.”

In the future, Phillips believes more businesses of all types and sizes will consider forming captive insurance companies of their own simply because they are effective. After all, “captives are sector-agnostic,” he said, “and every company has risk.”
Russ Banham is a veteran business journalist and author based in Los Angeles.