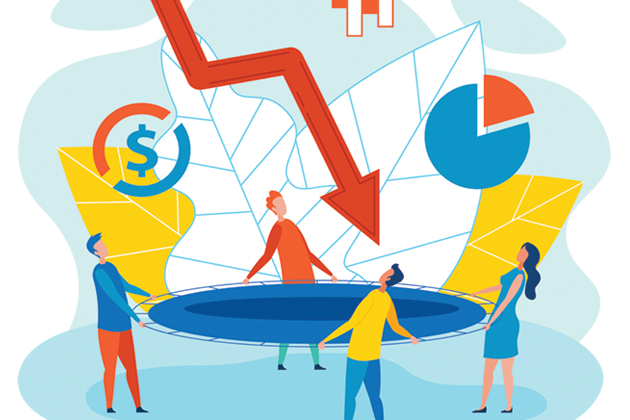 As the insurance market continues to harden, companies in certain industries are increasingly facing two distinct insurance-related challenges: 1) insurers are no longer willing to underwrite industry risk and are thus departing from the marketplace, and 2) the remaining insurers are subjecting companies to premium rate hikes, even for those who have favorable loss experiences.

Many factors have contributed to these rate hikes, including the costly “nuclear verdicts” some industries have faced. In general, insurance premiums are determined by the insured’s loss history and trends within the insured’s industry. When a company seeds a risk into the commercial insurance market, it is forced to share exposure with other organizations that may not adequately address their respective exposures. This elevates the cost of the company’s risk, even for those that have expended money, energy and time on a successful loss prevention program. For insureds facing such a situation, a group captive may be a beneficial alternative to the traditional commercial insurance market.

Group captives are made up of a collection of like-minded companies that band together to form an insurance facility that retains some risk but spreads the risk of unanticipated losses among each other, thereby diminishing the impact of a bad loss year for one or more of its members. Specifically, a group captive can:

Some organizations remain reluctant to take part in a group captive, however, because most losses that an insured will be exposed to in a given policy year are small to moderate in value. High-value claims are rare, but when they do occur, they can disrupt the insured’s business or even cause it to fail. This prospect can be terrifying to those at the top, even where the insured is aware that the type of losses that it may elect to transfer to the insurer fall within the predictable losses that the insured will experience. Even with predictable losses, there is an inherent fear that the insured will incur a higher frequency of losses in a given year than anticipated, and only an insurer can afford that cost.

Statistically, however, not every member of a group will experience a “bad” year of more frequent and more severe losses than anticipated. Thus, a bad loss year for one or more members can be diffused by sharing the risk among the rest of the group. The captive allows each member to take on more risk than they historically undertook alone.

Further, a well-designed captive can prescribe its own admission standards. Ideally, the captive should take on financially strong members that are committed to loss prevention. The captive’s administrators may also set increasingly higher standards for those who are already admitted. These requirements can distinguish the captive from a commercial carrier, which may demand little of an insured.

The ability to control premiums and generate investment income for the members in and of themselves reduces the cost of risk. In a successful group captive, there are additional benefits beyond reducing the cost of insurance.

The ability to take on greater risk as a group will generally give members greater control of any respective claims. This may include the selection of counsel and the timing of loss payments. Members will often also have the opportunity to select a third-party claim administrator who may prove more adept with respect to the investigation, management and resolution of claims compared to a conventional commercial insurer’s claims team.

A homogenous group captive made up of members in a similar industry offers other unique advantages. Such groups can share methodologies and innovations that favorably address issues confronting their industry, for example, and members can team up to improve purchasing power and acquire goods that are common to the membership.

Over time, a successful captive may be able to out-perform the commercial market, and those who commit to a captive model can enjoy a lower cost of risk, greater control over their programs, and stable premium rates.
Mark Gordon is a founding partner of ­Pietragallo Gordon Alfano Bosick & Raspanti, LLP, and the creator of the firm’s risk management group.