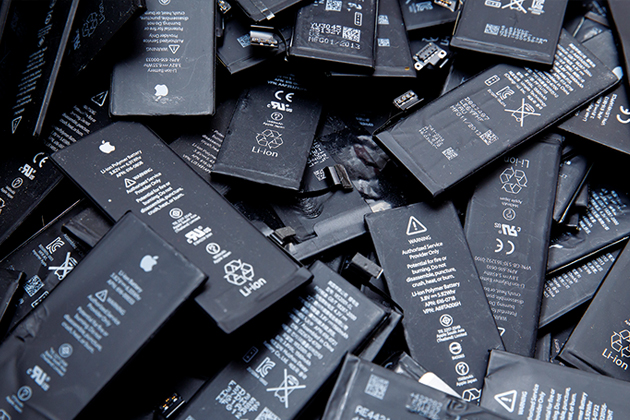 In an effort to ensure that they have an adequate supply of cobalt—an essential ingredient in lithium-ion batteries—both Apple and Samsung have reportedly been considering long-term contracts to buy large quantities of the mineral directly from miners rather than rely on battery manufacturers to secure the necessary material. Samsung has also initiated plans to recycle cobalt from used phones to further bolster its supply. These moves come in anticipation of an electric car boom, which is expected to significantly increase the demand for cobalt and other battery materials. While a smartphone uses about eight grams of cobalt, electric car batteries require a quantity more than 1,000 times greater. By 2025, Scientific American estimates that the demand for cobalt among electric car manufacturers alone will exceed the ­available supply. As a result, the price of the mineral has nearly quadrupled over the past two years.

In February, the World Bank issued a $1.36 billion catastrophe bond that will provide coverage for earthquake risk in Chile, Colombia, Mexico and Peru. The bond is the largest sovereign risk transaction and the second-largest catastrophe bond in history, after a $1.5 billion Everglades Re hurricane bond issued to Florida Citizens in 2014. Based on specific parametric triggers and U.S. Geological Survey data, the bond will allocate varying amounts of insurance to the covered nations in the event of an earthquake—$500 million to Chile, $400 million to Colombia, $260 million to Mexico and $200 million to Peru. 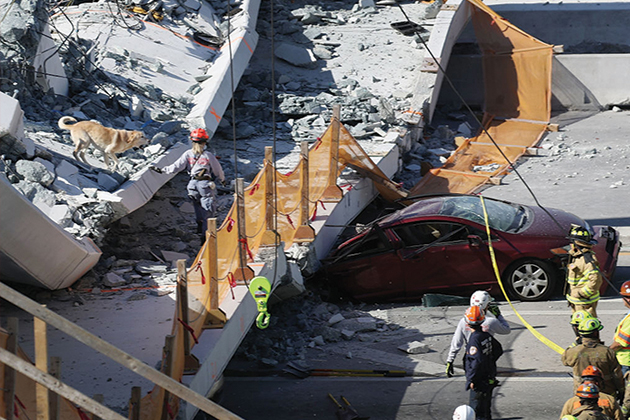 On March 15, a newly-erected pedestrian bridge located on the campus of Florida International University in Miami collapsed onto the roadway below, crushing several cars, killing six people and injuring nine others. Authorities are still investigating the cause of the bridge’s failure, but many have called into question the method of its construction. The bridge was built using a technique called “accelerated bridge construction” in which many of the components are pre-fabricated, then brought to the work site and assembled adjacent to the roadway so as not to disrupt traffic. Once the bridge is built, it only takes a few hours for special cranes known as self-propelled modular transports to move it into place. The technique is faster than traditional construction methods and is considered safer for workers. Because the FIU bridge collapsed only five days after its completion, some experts believe there may have been a flaw in the design or construction process. Multiple lawsuits have been filed against the companies involved in the bridge’s construction by the families and individuals hurt or killed in the accident. The $14.2 million bridge was designed to withstand a Category 5 hurricane and was supposed to last for 100 years. 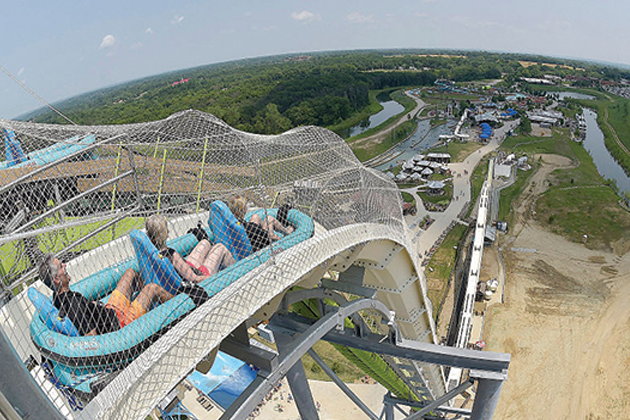 Three men have been charged in connection with the 2016 death of a 10-year-old boy whose raft unexpectedly went airborne while riding the “world’s tallest waterslide” at the Schlitterbahn Waterpark in Kansas City, Kansas. Amid allegations that the unsafe design and operation of the slide were to blame for the accident, two of its designers were charged with second-degree murder, while the park’s former director of operations was charged with involuntary manslaughter. The defendants also face multiple felony charges, including aggravated battery and aggravated child endangerment, for additional injuries suffered on the ride by at least 13 other people. The park itself and the construction company that built the slide were also charged. According to the indictment, the design of the slide, named Verruckt (German for “insane”), “violated nearly all aspects of the long-standing industry safety standards” and its “designers and operators knew that Verruckt posed a substantial and unjustifiable risk of death or severe bodily harm.”

According to a recent alert from the Department of Homeland Security and the FBI, hackers sponsored by the Russian government have been targeting U.S. government entities and critical infrastructure facilities in the energy, nuclear, water, aviation and critical manufacturing sectors. As part of a multi-stage campaign that has been underway since at least March 2016, these “Russian government cyber actors” attacked the less-secure networks of small commercial facilities and third-party suppliers, staging malware and conducting spear phishing campaigns to ultimately gain access to larger utilities. Once inside, the hackers conducted network reconnaissance and moved laterally within the systems to collect information pertaining to industrial control systems. In response to this campaign and other malicious activity by Russian operatives, including interference in the 2016 election, the U.S. Treasury Department announced sanctions against five entities and 19 individuals involved in the cyberattacks. 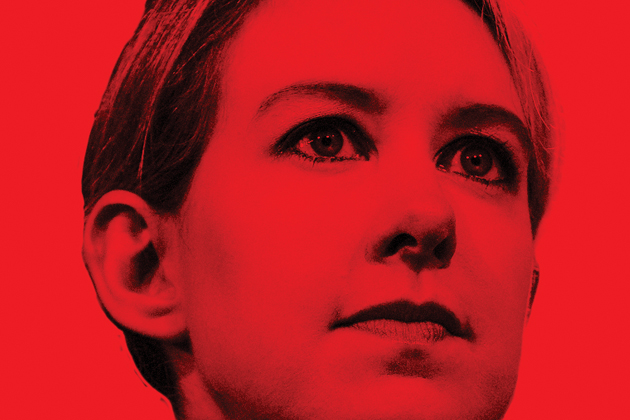 Theranos founder and CEO Elizabeth Holmes and former company president Ramesh Balawani were charged by the SEC in March for an elaborate fraud scheme that raised more than $700 million from investors. According to the charges, Holmes and Balawani made false and misleading statements about the company’s ­technology, business and financial performance in investor presentations, product demonstrations and media articles, including suggesting the company’s portable blood analyzer could conduct comprehensive tests from mere drops of blood taken from a fingertip. In reality, the Theranos analyzer could only conduct a fraction of the tests that they claimed and the majority of patient tests were actually completed using other companies’ products. In addition to paying a $500,000 penalty, Holmes was forced to give up control of the company and forfeit some of her Theranos shares. She was also banned from serving as an officer or director of any public company for 10 years.