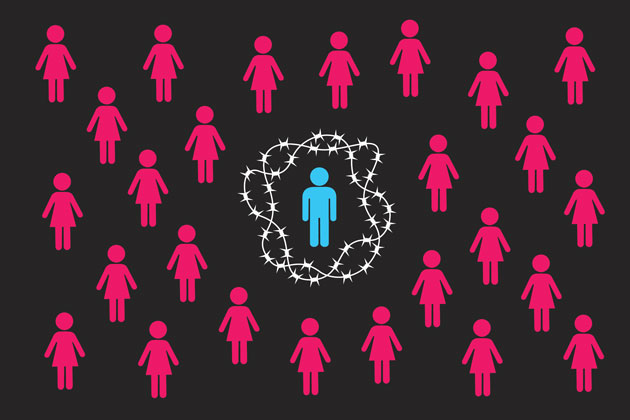 Among the more frightening elements of the world we inhabit is the ever-evolving set of extremist ideologies that give rise to justifications for violence. Terrorism is perhaps the clearest example of such violence, but workplace attacks are also increasingly likely to be ideologically motivated. To prevent or manage the risk of incidents, employers must take a proactive approach to spotting radicalization of all kinds. It is therefore important for them to understand the potential threat of “incel” culture, an emerging extremist ideology rooted in anger at women and driven by a furious sense of entitlement.

Incel Culture and Links to Violence

Originating in a variety of internet forums, incel ideology is expressed and furthered by a group of men who believe that they are and will always be unable to attain sexual intimacy and love. Incels—shorthand for involuntary celibates—blame this perceived failure on society and on the women who, they argue, refuse to give them the time of day.

Not all individuals within this largely online movement believe in violence, and many are simply attention-seekers, but multiple attacks have been linked to incel culture. In April 2018, Alek Minassian killed ten and injured fifteen when he drove down a Toronto sidewalk in a rental van. Prior to the attack, Minassian had posted on Facebook that the “Incel Rebellion has already begun!” In 2014, Elliot Rodger—an idol within the incel movement who was praised by Minassian in his Facebook post—went on a shooting spree resulting in six deaths and 14 injuries. Rodger had made a series of videos outlining his despair at being alone, his desire to possess a woman, and his self-perceived magnificence. While his YouTube channel has since been taken down, supporters can still find the videos and read his memoir, My Twisted World, online.

Several individuals now claimed by the movement (even if retrospectively) have focused their attacks on organizations and workplaces. In October 2015, Christopher Harper-Mercer killed nine and injured eight at Umpqua College in Oregon. Mercer referred to himself as an incel with “no girlfriend.” In 2009, George Sodini committed a shooting at an LA Fitness women’s aerobics class after months of preparation. Though now nearly 30 years old, the Ecole Polytechnique massacre in Montreal is also an apt case study. Shooter Marc Lepine, who had applied to the university on more than one occasion, eventually entered a classroom, separated the men from the women, and shot the latter group as an act of “fighting feminism.”

Why Workplaces are at Greater Risk Today

The examples above highlight the overall threat from misogynist and incel ideologies. However, there are at least four factors that make incels a greater risk for workplaces today than in the past:


Managing the Risk of Incels

It is too early to make definitive conclusions on how incels should be managed, but there is room for some preliminary recommendations. As a first step, employers can create stronger enforcement of existing policies regarding sexual harassment. Former Reddit CEO Ellen Pao writes in WIRED magazine that many “star” tech workers holding incel views are given “second, third, or more chances” even as their offenses escalate and their victims are quietly pushed out. Employers should also make sure that observation and response to aberrant behavior is widened beyond employees. As the cases of violence above suggest, the scope of information gathering and sharing within teams responsible for threat assessment should come to include customers, vendors, visitors, students and contractors.

Another top priority is raising awareness of incel ideology itself. Employers need to gain an understanding of the incel lexicon—terms like “Chads,” “Stacys,” “blackpill” and “going ER” for a start. For the unfamiliar, Chads and Stacys are stereotypically attractive men and women, blackpill is the acceptance of a hopeless future, and going ER stands for “going Elliot Rodger” (aka, snapping).

Long-term research, meanwhile, must center on a more fundamental problem – the lack of understanding of extremist beliefs in shaping workplace violence broadly. The CDC’s National Institute for Occupational Safety and Health (NIOSH) currently identifies only four categories of workplace violence: criminal intent, customer/client, worker-on-worker, and personal relationship. These categories shape the development and reviews of programs, and if radicalization is included at all it is usually considered on a case by case basis. Some experts have suggested that ideology should be recognized as a fifth category of workplace violence to make sure that extremist views are given proper attention. Such a step may be premature, but if we are to counter emerging threats such as incel culture in full force, greater credit must be given to the potentially destructive power of ideas.


Daniil Davydoff is manager of global security intelligence at AT-RISK International and director of social media for the World Affairs Council of Palm Beach.