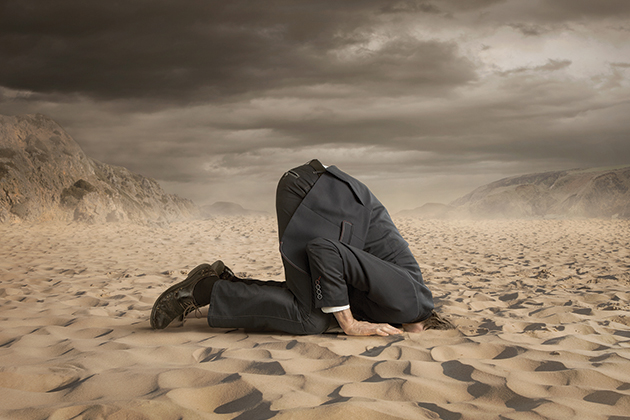 Since its inception in 1998, the Faragher-Ellerth defense has been a backbone of defending employers against sexual harassment and vicarious liability claims where an employee did not suffer a tangible employment action. In companion cases that year, the U.S. Supreme Court established the affirmative defense for employers to use when a plaintiff attempts to impute liability to the employer for a supervisor’s harassment. Under Faragher-Ellerth, an employer must show: 1) that it exercised reasonable care to prevent and correct promptly any sexually harassing behavior, and 2) that the employee unreasonably failed to take advantage of any preventive or corrective opportunities provided by the employer or to avoid harm otherwise.

But even tried and true defenses are being scrutinized and reexamined in the #MeToo era. Recently, the Third Circuit Court of Appeals held that, while an employee failed to report alleged sexual harassment that occurred over four years, the employer’s knowledge of her supervisor’s multiple prior incidents negated its Faragher-Ellerth defense.

In this 2018 case, Minarsky v. Susquehanna County, a supervisor made unwanted sexual advances toward his secretary, Sheri Minarsky, for years. Minarsky, however, did not report her supervisor’s conduct because: 1) she feared his reaction; 2) she knew he had been previously reprimanded for similar incidents, but continued the behavior; 3) her supervisor warned her not to trust other supervisors; and 4) she thought she would be terminated. Eventually, Minarsky complained to a coworker, who reported the supervisor’s conduct. The supervisor was then terminated. Minarsky later sued the supervisor and her employer, asserting claims for gender discrimination, sexual harassment and hostile work environment.

The district court dismissed Minarksy’s lawsuit based on its finding that the employer had satisfied both elements of the Faragher-Ellerth defense. Specifically, the district court granted summary judgment on all of Minarsky’s claims because it determined that her employer acted reasonably by maintaining an anti-harassment policy, reprimanding the supervisor for his prior incidents of harassment, and terminating him after his conduct toward Minarsky was revealed. The district court also held that Minarsky’s failure to report the harassment was unreasonable.

The Third Circuit Court of Appeals reversed the district court’s ruling, however, and held that an employee’s failure to report alleged sexual harassment may be reasonable given the employee’s genuinely held, subjective belief of potential retaliation. Using the #MeToo movement as a backdrop, the court noted that the employer did not exercise reasonable care to prevent sexual harassment, even though it twice reprimanded and eventually terminated the supervisor. The Third Circuit found that the supervisor had engaged in “a pattern of unwanted advances toward multiple women,” not just stray incidents, and the employer had “turned a blind eye” toward his conduct.

Furthermore, the Third Circuit determined that Minarsky’s failure to report the sexual harassment was objectively reasonable. Specifically, the court noted: 1) the futility of reporting the conduct because of the employer’s knowledge of the harasser’s previous reprimands; 2) the employer’s failure to memorialize prior incidents in the harasser’s personnel file; 3) the employer’s failure to follow-up with Minarsky to ensure she was not retaliated against; 4) the supervisor’s frequent intimidation tactics, including telling Minarsky that she would be terminated; 5) Minarsky’s fear of the harasser’s hostility on a day-to-day basis; and 6) Minarsky’s pressing financial situation. Ultimately, the court held that the reasonability of the employer’s response and Minarsky’s inaction should be decided by a jury, and emphasized that the degree of control and the specific power dynamic between a supervisor and his or her subordinate can offer context for an employee’s subjectively held fear of reporting misconduct.

Importantly, the court also noted that the appeal was being decided “in the midst of national news regarding a veritable firestorm of allegations of rampant sexual misconduct that has been closeted for years, not reported by the victims.” The court went on to discuss how a jury could reasonably conclude that an employee’s failure to report harassment was “understandable, perhaps even reasonable” because of workplace power dynamics, and people in positions of power “exploit[ing] their authority to make unwanted sexual advances.” The court also quoted statistics and studies that found a third of American women have experienced unwanted sexual advances from male coworkers who faced no consequences.

The ruling reveals a number of key takeaways for companies that may find themselves in a similar situation:

Maintain effective policies. If a policy does not stop harassing conduct, employers need to consider whether it is truly effective. Employers should maintain anti-harassment policies, but also train employees on how to report any alleged misconduct that occurs.

Follow-up is important. It is imperative that employers check on employees who have complained to ensure the conduct is not continuing and that they are not being retaliated against.

Note incidents of misconduct in personnel files. The Third Circuit noted that the even though Minarsky’s harasser had engaged in previous confirmed incidents of unwelcome sexual advances, the employer failed to document the verbal admonishments in his personnel file. Documentation is key as it helps employers determine the number of times an employee has engaged in conduct (or has been accused of certain conduct) and whether a greater level of discipline is warranted.

The lack of complaints may not matter. The Third Circuit called into question whether “no news is good news.” Essentially, the court determined that employers must be wary of concluding that the lack of complaints means harassment (or discrimination) is not occurring, noting that employees may have subjective and objective reasons for not reporting misconduct. For example, in Kastanidis v. Pennsylvania Department of Human Services, the judge denied the defendant’s motion for summary judgment because the employee claimed she did not understand the process for filing a sexual harassment claim and supervisors knew about her complaints but took no action to help her. The judge also held that a jury could conclude that Kastanidis reasonably believed that availing herself of those procedures would be futile. Thus, employers may want to consider conducting climate or workplace surveys, or using annual reviews as a time to inquire about workplace issues.