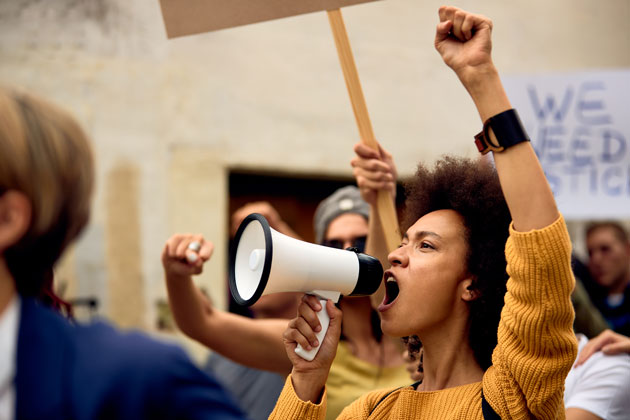 The expanding circle of concern in philosopher Peter Singer’s 1981 book The Expanding Circle refers to social changes which can sometimes lead to the extension of existing legal obligations and rights; and/or lead to the establishment of new obligations and rights. As such, an expanding circle of concern can sometimes create the conditions under which (1) latent risks and issues can emerge into the public consciousness, potentially leading to litigation; (2) potential losses from known risks can increase; and (3) new liability exposures can potentially be created.

The Emergence of Latent Risks

A latent risk might lie dormant for decades until it becomes “culturally relevant,” then prompting liability. For example, the 2015 film Spotlight heightened public awareness of sexual abuse involving priests and may have contributed to some legislative action—such as reviver statutes—that reportedly contributed to a surge in litigation.

In this case, the circle of concern expanded to include individuals who were previously victimized. While past social norms would not have countenanced sexual abuse of children, a wave of support from the public may have also served as an impetus for some victims to speak out. As a corollary, this combination of increased public sympathy and empowered victims may have facilitated a more litigious environment against their abusers as juries, regulators, and lawmakers may have sought to hold the abusers and their abettors liable in the public square. A similar dynamic in some respects has been unfolding in recent years with the #MeToo movement.

There is no simple explanation for why the circle of concern expands. One significant driver in recent decades could be the internet and social media, which provides the ability to communicate with others beyond “the family and the tribe,” and to witness (often in real time) the plight of victims and hear their stories. This creates the potential for an expansion of sympathy on a global scale.

An expanded circle of concern may create new exposures, amplify existing exposures, or increase loss severities as alleged harms (e.g., the abuse of children) are acknowledged and litigated for the egregious acts that they were.

Could an expanding circle of concern be understood as a driver of “social inflation”? According to an article published by the Insurance and Risk Management Institute (IRMI), social inflation generally refers to rising insurance claims costs due to various social trends, such as greater litigiousness and juries being more amenable to awarding large verdicts. The IRMI article also cites “[c]hanging views of social responsibility and the righting of wrongs” as a social inflation factor.

Through the lens of an expanding circle of concern, the definition of what constitutes “social responsibility” itself can expand as more issues enter the public consciousness. The potential for perceived wrongs to be righted multiply, with claims and litigation often following. However, it is important to note that the circle of concern may not explain all the forces driving social inflation, such as the rise of litigation finance or the removal of caps on non-economic damages in some jurisdictions.

It is also important to note that the expanding circle could have impacts beyond legal liabilities. For example, companies might face increasing reputational risks if they are viewed as acting against the public interest or new social mores. Three potential trends may be worth monitoring:

Diversity/equality-related employment risks: The #MeToo movement reportedly has led to an increase in workplace sexual harassment claims as victims feel empowered to report abuse. Looking ahead, the death of George Floyd and resulting social and political unrest could similarly impact diversity, inequality, and discrimination-related issues. This does not mean that racial injustices were acceptable to the broader public before these events, but there might now be heightened awareness about addressing racial injustice, which could lead to litigation. For example, there had been several reported “racial diversity” lawsuits filed against public companies in the second half of 2020, generally alleging that directors and officers failed to diversify the company board despite a stated commitment to diversity.

This heightened awareness could also mean an increased focus on emerging risks like alleged “algorithmic bias.” Some institutions are increasingly relying on machine learning algorithms in decision-making, and there are concerns that these algorithms may encode historical bias, either through its training data or its creators. If using such algorithms can be demonstrated to cause discrimination against or disparately impact women, minorities, or other protected groups, litigation may follow and could potentially trigger a systemic liability event.

Supply chain integrity, modern slavery, and human trafficking: An expanding circle of concern may also increase potential liability exposures for some commercial supply chains, amid concerns about their use of forced labor. Lawmakers in several countries, including the United States, Canada, and United Kingdom, have proposed legislative and regulatory action to increase scrutiny of corporations’ supply chains to ensure they are not relying on slave labor. There is also ongoing related litigation: a case brought by six adult citizens of Mali alleging that Cargill and Nestle “aided and abetted” their slavery has been ongoing for 15 years and was heard by the U.S. Supreme Court in December 2020. The group is reportedly seeking to bring a class action lawsuit that would include thousands of other former child slaves.

In many cases, this heightened scrutiny has also extended to include human trafficking more broadly, with potential increased exposures for certain industries. For example, the hospitality industry is now expected to exercise a greater duty of care to identify and prevent human trafficking on its premises.

Climate change: The circle of concern can also extend to the environment itself. Rachel Carson’s 1962 book Silent Spring is widely credited with igniting the modern environmental movement, spreading awareness of the “contamination” of an “unsullied” natural world, and possibly contributing to the significant increase in environmental liability exposures and the creation of new insurance coverages and exclusions.

This sympathy has arguably extended beyond the local concerns of polluted waterways or contaminated forests to global concerns like those related to climate change, with the expanding circle of concern producing litigation seeking to hold alleged polluters liable for climate change.

Staying abreast of shifting social attitudes can help identify whether the circle of concern is expanding, how it is expanding, and the potential emerging liability risks. How can risk professionals stay on top of these developments before they become significant loss events? One tactic could be harnessing analytical tools to monitor social media trends and identify which topics may be simmering and have the potential to boil over. Some events or attitudes that might appear to come out of nowhere are widely discussed on social media channels long before they manifest in broader social attitudes. Certain trending topics may signal a coming shift in expectations and give rise to new risk considerations for companies.

However, solely using analytic tools and quantitative analysis while scouring social media might not be sufficient. The circle of concern can expand in ways that may exist beyond the abilities of analytical tools because this expansion is often fundamentally less predicated on behavior as it is on attitudes. Therefore, it is important that risk professionals apply their expertise and consider the right questions while attempting to identify a potential emerging liability risk:

Awareness of broader societal trends, coupled with a blend of quantitative and qualitative analysis, could help risk professionals be prepared for the potential emergence of a risk that few others may see coming.

Lucian McMahon, CPCU, AU-M, ARM-E is a manager of research and modeling for AIR Worldwide with the Arium group. Arium uses supply chain relationships to help organizations understand and quantify their exposure to casualty catastrophe events.
David Geller, CPCU, SCLA is a product development specialist for ISO on the Commercial Casualty team.

Incorporating Cloud Security Strategies into the AI and IoT Era