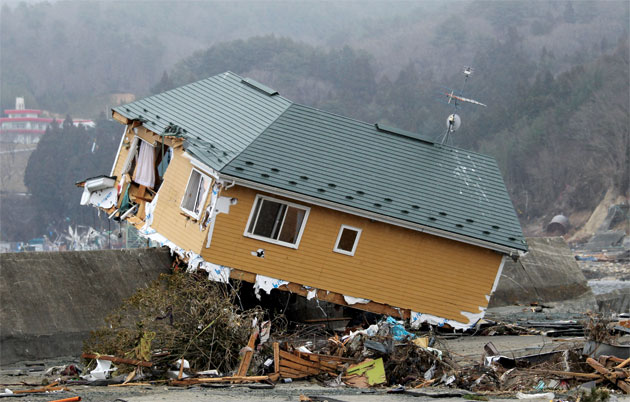 Japan was hit with the fifth largest earthquake the world has seen in more than a century and most of its buildings did not topple. Make no mistake, many collapsed -- particularly in the areas most affected by the torrents of water unleashed on the mainland by the subsequent tsunami. But many more buildings, particularly taller buildings, absorbed the shock, swaying to and fro, but remaining upright -- just as they were designed to do.

"It's going to be ironic, in the face of 20,000 deaths, for me to say it, but Japan's building codes [and] earthquake-resistant design did keep structures from collapsing and did protect the populace," said Tom Larsen, senior vice president and product architect at catastrophe risk modeling firm EQECAT. "There have been surveys of the areas that were affected by the tsunami and there are still many buildings standing. So as tragic as it was, the building codes generally performed well."

In looking at the disaster, it is important to note that there were two primary drivers of building failure during this two-pronged disaster. The primary one was the tsunami. "It's in the high-90th percentile the number of deaths and injuries that are related to the tsunami," said Larsen.

Wood buildings, even those that incorporate earthquake-resistant design, are naturally much lighter than those made of stronger materials and were simply unable to withstand the rushing water. Fortunately, there were also a significant number of concrete and steel buildings that remained intact.

"Did this contribute to saving lives? Absolutely," said Larsen. "Because there were many, many instances where people were able to go to the upper floors of buildings that were inundated in a river 30-feet-deep with water. The contents were all torn out but the structure remained solid...because they had the underlying earthquake design."

This is what allowed the buildings to remain upright and withstand the other major factor in building failure: ground shake. Despite the quake's 9.0 magnitude, the ground acceleration was actually not as severe as, for example, what occurred in the central business district in Christchurch, New Zealand, in February. Despite it being much less seismically powerful, the magnitude 6.3 Christchurch quake caused vast structural damage that may cost insurers up to $12 billion. In Japan, however, the rumbling lasted much longer. There they faced a moderate to strong ground motion for nearly two minutes in some places whereas Christchurch had an incredibly high ground acceleration but only for about eight seconds.

Whether or not a building is more suited to hold up to a major stress for a very short time or a lesser stress for a longer duration varies based on numerous factors. The proximity to the epicenter, the building's age and other rupture dynamics are just a few. Another is what lies beneath the foundation, something that Japan helped teach the world long ago.

Following the 1891 Nobi earthquake, which pre-dated the Richter scale but has been estimated as a magnitude 8.0 earthquake, British geologist John Milne and engineer W.K. Burton visited the nation. In surveying the wreckage, they came to the conclusion that buildings atop soft ground fared much worse structurally than those atop hard ground. Essentially, buildings constructed on rock are safer than those constructed on dirt. These findings would go on to not only improve building codes in Japan, which were strengthened greatly by the 1919 Urban Building Standards Act, but throughout the world.

More recently, Japan's magnitude 7.3 Kobe earthquake leveled some 200,000 structures and killed more than 6,000 people in 1995, forcing officials to tighten construction standards even further. Despite widespread building failure, modern high-rise buildings fared well while older, unreinforced structures collapsed. Had the nation not learned these first-hand lessons that spurred popular momentum for improvements, the death toll from the most recent catastrophe may have been much worse.

Ironically, it may not be the most quake-prone regions that face the greatest risk. Oft-hit areas like Japan and California expect earthquakes so they maintain high-level building codes and remain well-prepared. They have learned the hard way about the value of engineering.

"Mitigating [the risk] in California is the relatively high frequency of earthquakes," said Larsen. "We continually get reminders of these things. 1989 Loma Prieta, 1994 Northridge and scores of modest ones that are working as prods."

Christchurch, on the other hand, was a city that had not seen a significant earthquake in more than a century and was littered with many older, disaster-prone buildings, leaving  the municipality at risk for widespread structural failure. And Christchurch was not unique. This same phenomenon is playing out in many locations where the seismic threat is of the low-frequency/high-impact variety.

Take Seattle, for example. It lies within the Cascadia subduction zone, which produced an estimated magnitude 9.0 earthquake in 1700. Eventually, another will hit, but the impetus to improve building codes and heighten preparedness is lagging so residents throughout the Great Northwest will likely be caught off guard, and perhaps beneath rubble, when the fault inevitably ruptures.

They say that there are some things you can only learn yourself. No matter how many times you are told, it just does not resonate until you experience it first hand. For the sake of those living in the Northwest United States, and any other low-frequency/high-risk seismic zone, let's hope that the need to strengthen building codes is not one of those things.

In the Wake of the Quake: A Supply Chain Unlinked

In the Wake of the Quake: Rethinking Nuclear Safety