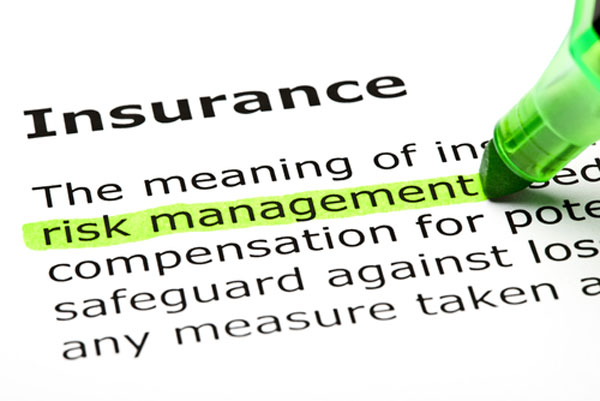 Imagine quitting your dream job. Zachary Finn did. He recently left his position as risk manager at J.M. Smucker Company, the jam-maker and unofficial leading provider of peanut butter and jelly sandwiches to millions of American kids for the past half-century, to launch a risk management and insurance undergraduate program at Butler University in Indianapolis.

Finn adored working for the food giant, where he managed a $15 million budget and conducted due diligence for its $3.3 billion acquisition of Folgers Coffee. But a drive to help train the next generation of risk managers was too much to overcome.

Much of this goes back to his time learning the discipline. Finn thought the education he received at Indiana State University was great. It became the backbone of all his future success. But it lacked something. Despite the fact that the school had offered a degree in risk management for about 15 years at the time he enrolled, there was no internship program.

"For me, that just wasn't acceptable," said Finn. "I wanted to work in risk management...My goal in college was to be the risk manager of a Fortune 500 company. That's what I set out to do."

But without the stepping stone of an internship, he worried he would have to start in insurance. As he got closer to the end of the program, he was continually asked what he wanted to do next: work for a claims administrator, an underwriter or a broker? "The frustrating thing for me was that there really weren't any entry-level opportunities in risk management," said Finn.

As a student, Finn valued both the textbook and the experience that can only be gained by managing risk for a company. So in 1999, while still in college, he contacted NCR Corporation and got its risk manager to allow him to intern at the company's Dayton, Ohio, office. One year later, he graduated and was hired as an entry-level risk analyst for NCR, a provider of self-service technology including ATMs.

He made his way up the ladder by relocating to two other companies before fulfilling his goal of becoming the risk manager at Smuckers -- all by the age of 30. Then, after five years, he gave it all up out of an obligation to show students there was a way into risk management that did not require slogging through your early twenties in insurance. "It doesn't have to be that way," said Finn. "I know from experience...There is absolutely no reason why a kid coming out of a strong insurance and risk management program cannot take an entry-level risk job."

Now comes the hard part: building Butler's Davey Risk Management & Insurance Program from scratch. Developing the core curriculum is job one. He spent the summer doing that. Job two is recruiting kids to major in risk management. He hopes to have some declared by the fall semester in 2013. But the true goal, and what he hopes will differentiate Butler's program, is finding ways to ensure that students who want to manage risk can get jobs doing just that as soon as they graduate.

He does not yet have all his plans to do so cemented. But he has spent the past decade working -- and networking -- with other risk managers and plans to leverage his many connections. And he has help. He is formulating his strategy with former CNA Insurance actuarial director Jill Kirby, who, unlike Finn, has her Ph.D. and is someone he considers "vastly smarter than I am." They hope to provide students with a heavy dose of internships, guest lecturers and industry mentors who can show the students that there is a way to become a risk manager that doesn't include "falling into it," which Finn noted as the traditional path.

And, of course, this is also something he will echo throughout the classes he teaches. "I navigated the path from student to risk analyst to senior risk analyst to risk manager, and I wanted to share those learnings," said Finn. "I think you have an obligation to pay those things forward to the next generation."

The Next Generation: The 4th Annual Risk Management and Insurance Education Review