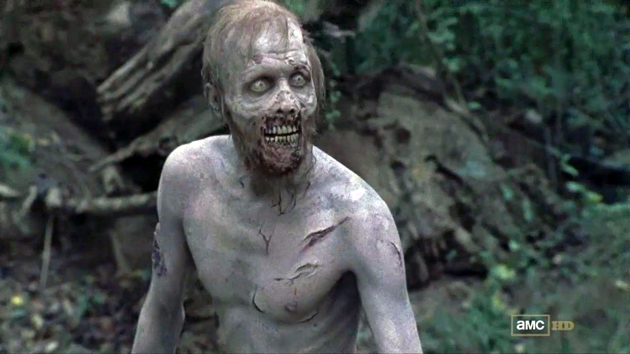 It was an average Monday afternoon in February in Great Falls, Montana. On television, teenage cheaters were being exposed on The Steve Wilkos Show when the broadcast was interrupted by the telltale warning signal of the Emergency Alert System. “Civil authorities in your area have reported that the bodies of the dead are rising from their graves and attacking the living ... Do not attempt to approach or apprehend these bodies as they are considered extremely dangerous.” It was the moment that decades of horror movies, television shows, video games and books had prepared us for. The zombie apocalypse had begun.

It turns out that the message, which was also broadcast on television stations in Michigan, California, Utah and New Mexico, was a hoax. (Although reportedly a handful of people did feel the need to call local police to make sure.) Hackers were able to break into the Emergency Alert System by exploiting the fact that the default passwords on the stations’ alert equipment had never been changed. Authorities were not amused and advised broadcasters to change their passwords and review their security measures to prevent future incidents.

The Emergency Alert System, which replaced the Emergency Broadcast System in 1997, is designed to allow the president of the United States to quickly communicate with the country in the event of a national emergency. It is also used by state and local authorities to communicate weather emergencies and AMBER alerts. While the zombie prank was ultimately innocuous, it did underline the fact that a compromised national alert system could have serious consequences. These hackers weren’t malicious, but those with more sinister motives could have very easily started a national panic centered around something more plausible. In addition, by undermining the authority of the system, these hackers were essentially crying wolf, which could cause people to disregard future warnings altogether. Ironically, however, by exposing overlooked vulnerabilities in the Emergency Alert System, the zombie hackers may have actually helped make the system more secure.

Of course, this story probably wouldn’t have been nearly as interesting without the zombie angle. These days the undead are pop culture darlings. They star in the highly rated television series The Walking Dead, popular movies like Zombieland, Warm Bodies and the upcoming Brad Pitt vehicle World War Z, and tons of video games and books. Even risk management has become part of the zombie zeitgeist, courtesy of the Centers for Disease Control and Prevention.

For the past couple of years, the CDC has engaged in a tongue-in-cheek campaign to promote zombie preparedness. It developed a website, informational posters and even a graphic novel that uses the possibility of a zombie attack to educate people about the CDC’s role during a disaster and promote the importance of developing emergency kits and evacuation plans. The agency even analyzed a recent episode of The Walking Dead to demonstrate some “teachable moments” in disaster preparedness, like the importance of filling up on gas before the undead hordes come rolling into town or making sure your water source is clean and zombie-free. It’s probably more entertaining than a government initiative has any right to be.

Emergency training drills around the country have also gotten into the act with zombie-themed events for military, police, firefighters and other first-responders that simulate zombie attack scenarios with actors in makeup laying siege to military tactical units armed with blanks. But some have criticized these efforts and those of the CDC as a waste of taxpayer money. Such criticism fails to see the forest for the trees, however.

Zombies may seem like entertainment but they are useful for real-life disaster preparedness education. The details may change, but at their core most safety and planning measures are universal for any disaster. “If you are generally well equipped to deal with a zombie apocalypse you will be prepared for a hurricane, pandemic, earthquake or terrorist attack,” said CDC Director Dr. Ali Khan.

So if jumping on the zombie bandwagon is what grabs people’s attention, then I’m all for it. Nothing spices up a boring safety presentation like bunch of bloodthirsty zombies. And it’s good to know that when the undead finally rise and attack, we’ll be ready.