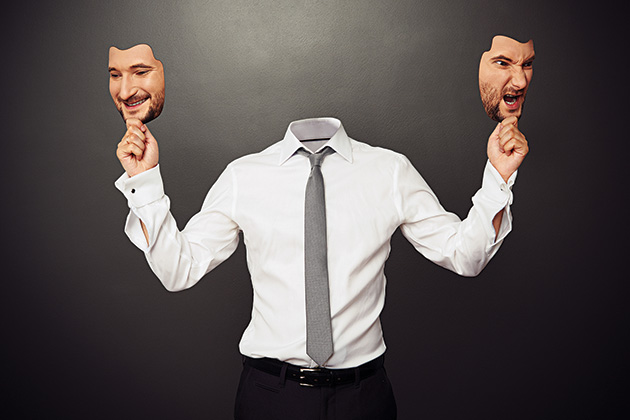 I’m not what you would call a morning person. Granted, I rarely sleep past 6 a.m., even on weekends, but that’s more of a habit ingrained into me at a young age by early-riser parents than something I do by conscious choice. In reality, I may be awake, but I have no interest in engaging with anyone on any level that might be considered human. My loved ones understand and, thankfully, are often of the same mindset. I used to carpool to work with a friend and we typically wouldn’t even exchange greetings during our
entire half-hour morning commute. We both knew better. Even today, my wife and I adjourn to separate rooms of the house when we wake up, basically because we have come to the realization that we might kill each other if forced to interact before, say, 10 a.m. (I may not know much about marriage, but I do know that one of the keys to a successful union is avoiding circumstances that will lead to murder.)

According to research, however, we’re probably a lot less homicidal in the morning than we think. In a study that was published in the journal Psychological Science, researchers from Harvard University and the University of Utah uncovered what they called the “morning morality effect.” Basically, we are more likely to lie, cheat, steal and do other unethical things (like murder our spouses) in the afternoon than in the morning. The theory is that the decisions and stresses of the day eventually wear us down, and, by the afternoon, our self-control is depleted enough that we are more apt to be dishonest.

The researchers conducted a couple of different experiments. In one, participants were shown patterns of dots on a computer and asked to identify whether the highest concentration was on the right or left. Regardless of the correct answer, they were paid 10 times more if they chose the right side, giving them an incentive to cheat. Participants cheated 25 times more in the afternoon.

In another experiment, participants were given the Wheel of Fortune-esque word fragments “_ _ RAL” and “E _ _ _ C _ _” and asked to fill in the blanks. The morning subjects were more likely to come up with the words “moral” and “ethical” than the afternoon crew, which tended toward “coral” and “effects.”

The results held true even for honest people—those who exhibit low levels of what is called “moral disengagement,” or the ability to behave unethically and not feel bad about it. Even they were more likely to be dishonest in the afternoon.

According to the researchers, these findings could be useful for businesses trying to reduce fraud. “Organizations may need to be more vigilant about combating the unethical behavior of customers or employees in the afternoon than in the morning,” they wrote. “Our research suggests that it can be important to take something as seemingly mundane as the time of day into account.”

But that may not be the full story. In July, another Psychological Science study pointed out that the timing of unethical behavior might have more to do with a person’s chronotype—whether they are a morning or evening person to begin with—than simply the time of day. That is, morning people lie and cheat in the afternoon, while night owls save their unethical behavior for the morning. Basically, the further you get from your peak performance time, the more likely you are to be dishonest. So maybe no time is safe for ethics.

For me, these findings create a bit of a dilemma. You see, I wrote this article in the afternoon, so does that mean it is all a pack of lies because afternoons are evil? Or am I in the clear because my night-owl chronotype makes me an evening angel? I’ll let you be the judge.