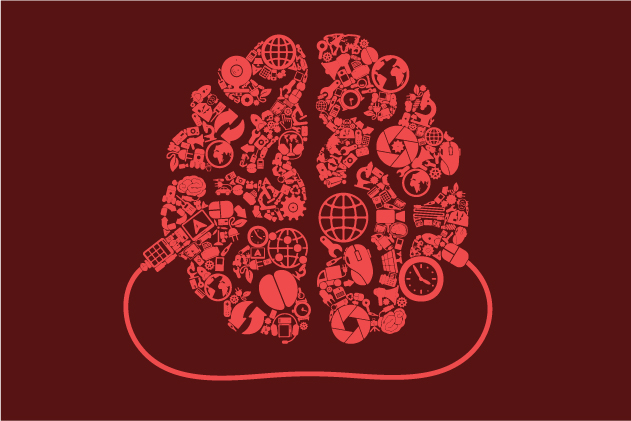 A few years ago, the band OK Go, which had previously been best known for the expertly choreographed treadmill dance video for their song “Here It Goes Again,” created another hugely popular video for the track “This Too Shall Pass.” The four-minute video focused on a giant Rube Goldberg machine—those unnecessarily complicated contraptions that use all sorts of intricate steps and chain reactions to ultimately pull off a relatively simple task. It has now been viewed more than 48 million times. It is that good.

I am especially fond of the clip because it reminded me of my childhood when, inspired by Mad Magazine, the breakfast machine in Pee Wee’s Big Adventure and the gate-opening contraption in The Goonies, I tried to create a machine of my own to simplify my morning routine. My system was basically a bunch of strings and pulleys that would deposit my clothes for the day onto my bed without me ever having to get up. The time saved would be priceless, thought 10-year-old me. I quickly learned, however, that in the time it took me to set it all up, I could have gotten dressed 20 times over. So much for my brilliant idea.

These days, I’m still fascinated by new gadgets of all kinds. Near the top of the list is smart technology or the “internet of things,” the catch-all term for sensor-embedded devices that users can connect to and control from a phone or computer. The typical example is a smart refrigerator that can tell you when you’re out of milk, text you a shopping list and even order groceries for you.

But for every genuinely useful smart gadget, there are plenty that simply seem like a more elegant manifestation of those primitive Rube Goldberg devices. Instead of opening a door by rigging a bowling ball to knock down a pin that activates a lighter, which burns a string, causing a weight to drop that turns a doorknob, you can buy a “smart” door that opens automatically through an app on your smartphone. Both methods accomplish the same goal and the smart door is obviously more practical, but you have to ask: Was it so hard to turn a doorknob the old-fashioned way that we needed to get technology involved?

A Tumblr site called We Put a Chip in It! has taken to cataloging some of the more inexplicable and arguably unnecessary new smart gadgets. As implied by the site’s tagline—“It was just a dumb thing. Then we put a chip in it. Now it’s a smart thing.”—these items are probably more the result of their creators jumping on a trend than addressing a need.

Consider Smarter Socks, which have a chip that connects with an iPhone app to help catalog your socks for better sorting and can even test them for fading. Never has a state-of-the-art technological marvel like the iPhone been put to better use.

Of course, the excitement doesn’t stop there. There are smart umbrellas that let you know when it is raining, smart toothbrushes that evaluate your brushing technique, and smart forks, plates, pans, countertops and even chopsticks that tell you what to cook and how to eat. And when you’re done, you can put everything in a smart jar, which stores stuff just like a regular jar, except obviously way more intelligently. Hopefully you have enough outlets in your house to keep all these smart things charged. Otherwise, you’re going to have to brush your teeth and open jars the old way like a savage.

The glut of pointless smart products really only serves to underline the idea that, just because you can do something, doesn’t mean you should. Technology for the sake of technology is a poor strategy because, at a certain point, just like a Rube Goldberg machine, the added complexity just becomes counterproductive. Sure, a little style is nice, but ironically, by making everything “smart,” we all end up a little dumber.