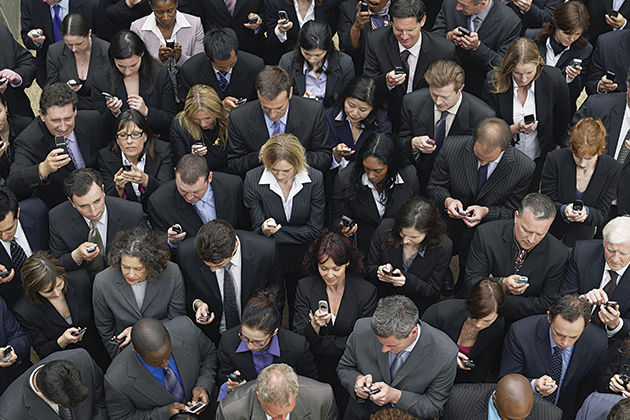 Ever since texting became our preferred form of communication, I cringe whenever I see how people are willing to butcher the English language in order to save themselves a few button-presses. I understand the desire for speed and brevity, but when I have to Google your “smh” to find out that it means “shake my head,” you are failing at the entire point of communication. Not only is your message not being conveyed clearly, but now you are making me dislike you and your laziness and wish that you would get off my lawn as soon as humanly possible.

One of my most hated text abbreviations is “lol.” It always seems so disingenuous. After all, I suspect few people are actually “laughing out loud” when they type those letters, and the hyperbole is unwarranted. Even worse is its cousin “rotfl,” because I’m pretty sure no one has ever actually been “rolling on the floor laughing” from anything, let alone a text message. So I was pleased to hear that a Facebook report found “lol” has fallen out of favor online. More than 50% of commenters on the site now use “haha” or its variants, while less than 2% still use “lol.” I approve wholeheartedly.

What this issue illustrates—aside from my curmudgeonly tendencies—is our ever-present love/hate relationship with technology. We love what technology can do for us, but often grow to hate some of the ways it is used. Texting is great, but the downside, at least for me, is the dumbing down of language. Even the cellphones we use to text are marvelous wonders until someone commits the cardinal sin of talking on one on public transportation or, far worse, a distracted driver causes an accident while talking or texting. All of a sudden we’re wishing for the simpler times before we had to contend with the annoyances brought on by these innovations.

Drones are one of the most recent additions to the pantheon of cool gadgets made less cool by thoughtless users. Just about every industry is fascinated by the possibilities of these unmanned aerial vehicles, but of course, there are already problems.

During a two-week span in early August, multiple commercial airline crews reported seeing drones flying near their approach paths to New York City-area airports. Although no evasive actions were required, the FAA reported that a plane flying into New York’s LaGuardia Airport in May actually had to climb 200 feet to avoid a drone hovering 2,700 feet over Brooklyn. These incidents occur regularly, despite FAA guidelines that can impose penalties of up to $25,000 for operators who fly their aircraft within 5 miles of airports or at altitudes above 400 feet.

On top of that, firefighters battling California wildfires have reported at least 13 incidents in which drones have interfered with firefighting aircraft, including one case where drones forced firefighters to suspend operations for 20 minutes while cars and houses along Interstate 15 burned. In response, state legislators introduced bills to punish those who interfere with firefighters with fines and jail time, and to allow firefighters and first responders to shoot down drones during an emergency.

While it seems absurd that such laws would even be necessary, they are further evidence that common sense and technology do not always go hand in hand. Whether it is something as innocuous as sending an indecipherable text or as dangerous as flying a drone near a wildfire, this self-centered behavior not only creates risk, but makes others question the need for these innovations in the first place—which could ultimately stall much-needed progress in the future. And that would be no laughing matter, regardless of how often you type “lol.”