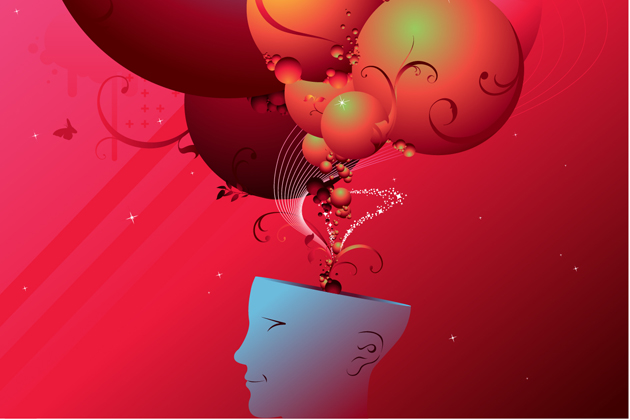 In a recent appearance on The Late Show with Stephen Colbert, inventor and real-life Tony Stark Elon Musk revealed his simple idea for quickly terraforming Mars to make it hospitable for human life: Nuke it. “You’re a supervillain,” responded an incredulous Colbert. “That’s what a supervillain does.” While dropping thermonuclear weapons on Mars does sound like the plot of a James Bond movie, his motivation is actually something more benign than interplanetary domination.

Musk’s theory is that detonating nuclear bombs over Mars’ poles would melt its ice caps, releasing enough carbon dioxide to create a greenhouse effect that would sufficiently warm the planet’s atmosphere. Although it is probably unlikely to think the scientific community would completely support Musk’s plan, there is something to be said for his ability to spark our imagination with his unique way of thinking.

I admit, I’m a big fan of Elon Musk. Whether with PayPal, commercial space travel company Space X, electric car maker Tesla Motors, or solar power provider SolarCity, the man has had his hand in some of the most exciting innovations of the past few decades. Even his ideas for the Hyperloop, a transportation system that would send passengers through tubes at speeds of up to 600 miles per hour, or the aforementioned nuking of Mars get people’s attention because, with Elon Musk, even far-fetched concepts seem plausible.

Like Apple’s iPhone releases, his product launches are huge events. Such was the case with the recent debut of the new Tesla Model X. I’m not a car guy, but an electric sport utility vehicle that gets the equivalent of around 90 miles to the gallon and can go from zero to 60 in 3.8 seconds—faster than Porsche’s SUV—just sounds cool. Tesla even offers an aptly named “Ludicrous Mode” option, which boosts the car’s speed even more.

But the one feature that really sets the Model X apart is the addition of a bioweapon defense mode. Yes, that is a real thing. Evidently the push of a button will activate the car’s hospital-grade filtering system and create a positive pressure environment that prevents smog, allergens and even bacteria and viruses from entering the car. “We’re trying to be a leader in apocalyptic defense scenarios,” Musk joked at the product launch.

Of course, no one ever asked for cars with bioweapon defense modes or ludicrous speed options, but those features are why Elon Musk and companies like Tesla get the attention they do: They try to solve problems that we never knew existed and create excitement around everything they do. It is a trait shared by many tech companies. In the automotive space alone, some of the biggest buzz has been generated by the promise of Google’s self-driving car and the mere rumor that Apple may be working on an electric and/or autonomous car of its own. Meanwhile, traditional automakers like Toyota and GM have had to deal with extensive, costly recalls and Volkswagen is facing an emissions-fraud problem that could be one of the most expensive corporate scandals in history. The contrast is glaring. It’s no wonder that, in Interbrand’s annual ranking of the most valuable brands, tech companies made up one-third of the entire value of the top 100 brands, and seven of the top 10 companies were technology-related.

Obviously, not every company can have an Elon Musk at the helm, but his lessons about innovation for its own sake—and not taking yourself too seriously while doing it—are universal. Because the risk is that, by only playing it safe, your company will be left behind while your customers instead board ludicrously fast electric-powered rockets on a quest to bomb Mars for the good of humanity.