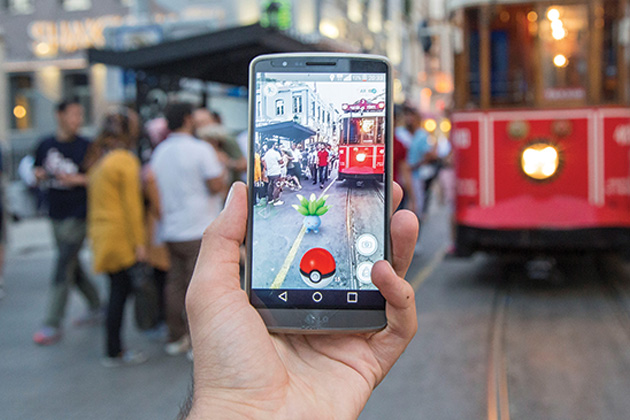 How about that Pokemon Go, huh? Almost overnight, Pokemon went from a popular cartoon/video game vaguely familiar to most adults, to the subject of the most popular mobile game in history, making previous hits like Angry Birds and Candy Crush look like mere pop culture afterthoughts.

Within days of its debut, Pokemon Go had already topped the App Store and Google Play download charts and had more daily active users than Twitter. In the United States alone, iOS players were spending $1.6 million a day on in-game transactions. Nintendo, a part owner of Pokemon Go creator Niantic, saw its stock surge by 65% in the first week, adding billions of dollars to its value. All this for a game that was then only available in the United States, Australia and New Zealand.

For the uninitiated, Pokemon Go is an augmented reality game that incorporates GPS and your smartphone’s camera to project digital creatures called Pokemon onto the real-world locations on the screen. Players walk around waiting for Pokemon to pop up on their phone so they can catch them. Sedentary gamers have reported getting notably more exercise and even making new friends while out on the hunt.

Not surprisingly, this has also led to accidents and injuries as players wandering around immersed in their phones collide with real-world obstacles. Trespassing has become a problem as players congregate at all hours in places where they are not authorized to be. (A friend of mine actually got a $75 trespassing ticket in a park after closing time while she was playing the game—she’s in her 40s, by the way.) A few players were even mugged by assailants who were lying in wait at a Pokestop (a real-life location where in-game items can be collected). This  prompted police departments to issue warnings that players need to remember to pay attention to what is going on around them.

Niantic includes a similar disclaimer in the game’s terms of service, and further cautions players to “maintain such health, liability, hazard, personal injury, medical, life, and other insurance policies as you deem reasonably necessary for any injuries that you may incur while using the services.”

Of course, the problem with including any warning in the terms of service is that no one reads them. This was confirmed by a recent study by York University’s Jonathan Obar and the University of Connecticut’s Anne Oeldorf-Hirsch. The researchers created a lengthy privacy policy and terms of service for a fake social networking site and asked more than 500 college students to sign up. Almost three-quarters neglected to read the policies, while those who did only spent about a minute on what should have taken them up to half an hour. Regardless of what they did or didn’t read, 98% still missed the “gotcha clauses” that said their data would be shared with the NSA and that users were required to give up their first-born child in order to join.

Pokemon Go actually had a potential gotcha clause of its own. Aside from the inherent privacy risk of allowing a game to access your phone’s camera and GPS, security experts noted that early users were essentially granting the game complete access to their Google account, making Pokemon Go a potentially serious data security risk. A patch eventually fixed the problem, but not before 15 million people had already downloaded the game.

The success of Pokemon Go means that other businesses will likely try to jump on the bandwagon and create augmented reality mobile games of their own. As they do, data security and safety issues will persist, making the management of those risks an important part of game development. After all, these may be common sense issues, but common sense often falls by the wayside when a Pikachu pops up on your block.