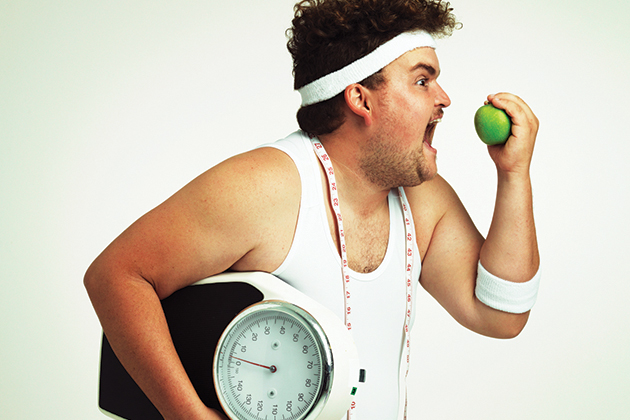 My wife recently decided that, since we’re not getting any younger or thinner, it was time for us to start eating healthier. More accurately, she declared that she was going to start eating healthier and, since my choice was to either learn how to cook or starve, I joined her. So, after an absurdly expensive trip to Whole Foods to buy all manner of organic and exotic ingredients, we began our health kick.

Thus far, I have been enjoying the change. Sure, the kale and spinach smoothies were like drinking pretentious grass clippings and there was a certain sea scallop dish that is best forgotten, but overall, healthy eating has been good eating. Who knew? And as a bonus, with all the quinoa I have consumed, I’m pretty sure I will have superpowers soon enough. So there’s that.

The one drawback to jumping on the health food bandwagon is that sometimes certain ingredients are harder to find. Not every store stocks, say, coconut sugar on the same shelf as its traditional counterpart. A quick trip to the store to pick up a few things can become an epic adventure. But I guess the search is just part of the process—a way to get a little extra exercise, if nothing else.

But when you’re dealing with trendy health foods, it’s not just locating the items in the store that can be an issue—sometimes you have to deal with shortages from the source. Take coconuts for example. Increasingly touted by some for their health benefits, coconut-based products are all the rage. According to market research firm Technavio, sales of coconut water alone have gone from $150 million in 2004 to more than $1 billion last year and are expected to quadruple to $4 billion in 2019.

Unfortunately, particularly in the Caribbean, coconut farmers have been unable to keep up with the demand. Production capacity has also been constrained by damaging storms, drought and the spread of Lethal Yellowing disease, which has killed off entire farms. “It’s fair to say that, at this pace, the Caribbean is running out of coconuts,” Compton Paul, coordinator of a regional coconut program with the Caribbean Agricultural Research and Development Institute, told Bloomberg. Meanwhile, demand is so great that counterfeits have started to appear. Authorities in Trinidad and Tobago, for example, pulled fake coconut water from store shelves in May after it was discovered to contain only plain water and chemical additives.

This is not the first time a food craze has created supply issues. Coffee growers have struggled to keep up with a Starbucks-fueled boom for the beverage, while the burgeoning craft beer movement has created a shortage of hops. In the superfood category, both kale and avocados saw shortages earlier this year due to increased demand and poor weather conditions that compromised crop yields.

Essentially, these foods, and others like them, have become victims of their own success. Producers want to see the demand for their products increase but often do not have the capacity to meet the need, especially in the case of foods like coconuts or coffee, which are usually grown on smaller farms in developing nations.

Since these foods often require specific climate conditions and growing cycles, producing a greater supply is easier said than done. That is why coffee companies work with industry organizations to develop farmer support programs to improve coffee bean production. It is also why chocolate makers, in the face of rising cocoa prices and a predicted global shortage by 2020, have invested more than $1 billion to support cocoa farmers, boost output and ensure the sustainability of their business. Health food producers would do well to follow their lead—if for no other reason than to keep the new, healthier me fully-stocked with coconut water, kale and quinoa.