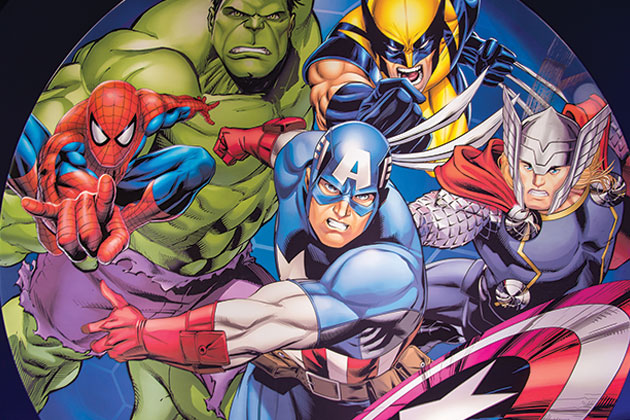 Over the past few years, Marvel Entertainment has made an effort to add more diversity to its lineup of predominantly white male superheroes. In addition to featuring more female and minority characters, they have introduced alternate versions of classic heroes, like a black Captain America, a Korean Hulk, a female Thor and a half-Latino, half-African-American Spider-Man. An African-American woman also donned Iron Man’s armor, while a Muslim-American teenager became the new Ms. Marvel.

Marvel’s push for diversity makes sense: The success of superhero movies has helped raise interest in comic books worldwide, while demographic trends suggest that the United States itself is becoming more diverse. Developing characters for people of all backgrounds is therefore a smart business strategy.

So it was surprising when Marvel Vice President David Gabriel said in an interview with pop culture trade publication ICv2 that diversity was actually hurting comic book sales as people were “turning their noses up” at the new heroes. “What we heard was that people didn’t want any more diversity,” he said. The comments sparked outrage from those who thought that diversity was being unfairly used as a scapegoat for company-wide sales declines. Gabriel and Marvel scrambled to clarify that these sales concerns were only based on the opinions of certain comic book retailers and that many of the new characters were actually among Marvel’s most popular.

Marvel’s rush to explanation illustrated a new sensitivity to the effect diversity can have on corporate reputations and, in some cases, bottom lines. For example, a recent controversy surrounding Ghost in the Shell, a remake of a Japanese anime movie, demonstrated the financial impact diversity—or lack thereof—can have in entertainment today. Before the movie’s release, critics levelled charges of “whitewashing”—using Caucasian actors to play non-white roles—when Scarlett Johansson was cast as a character who was originally Japanese. When the movie opened to disappointing U.S. box office numbers, the producers suggested that the whitewashing outcry may have been partly to blame. “We had hopes for better results domestically,” Kyle Davies, Paramount’s head of domestic distribution, told CBC News. “I think the conversation regarding casting impacted the reviews.”

Hollywood often defends whitewashing by claiming that films need recognizable stars to maximize box office potential, but the Ghost in the Shell fallout shows that diversity may be starting to trump celebrity for some audiences. Plus, with overseas markets now accounting for as much as 70% of a film’s total gross, diverse casting that appeals to broader audiences could boost those box office numbers even more.

Diversity can no longer be considered just a trendy business buzzword. A 2015 McKinsey report found that public companies in the top quartile for ethnic and racial diversity in management were 35% more likely to have financial returns above their national industry median, and those in the top quartile for gender diversity were 15% more likely to have above-median returns. The results echo a 2014 Gallup survey that found gender-diverse business units in retail saw higher revenues and, in hospitality, higher profits, than less diverse units. Researchers have consistently found that diversity not only improves the bottom line, but makes companies more innovative, helps them attract and retain talent, and, as Marvel and Hollywood are now learning, allows them to better serve a diverse customer base that is increasingly demanding products that reflect their reality too.